Erap hospitalized due to pneumonia 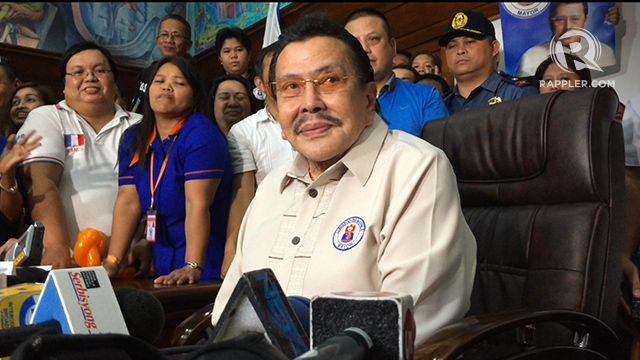 MANILA, Philippines – Manila Mayor and former president Joseph “Erap” Estrada is in the hospital due to pneumonia.

A dzMM report on Friday, December 23, quoted Estrada’s son and senator JV Ejercito as saying his father has been confined at Cardinal Santos Medical Center in San Juan City since Wednesday night, December 21, after turning pale and experiencing difficulty in breathing.

In a dzBB interview, Ejercito said his father’s condition is already improving, but doctors want the former president to stay in the hospital for close monitoring.

Estrada, 79, was reelected mayor of the city of Manila during the May 2016 elections. – Rappler.com