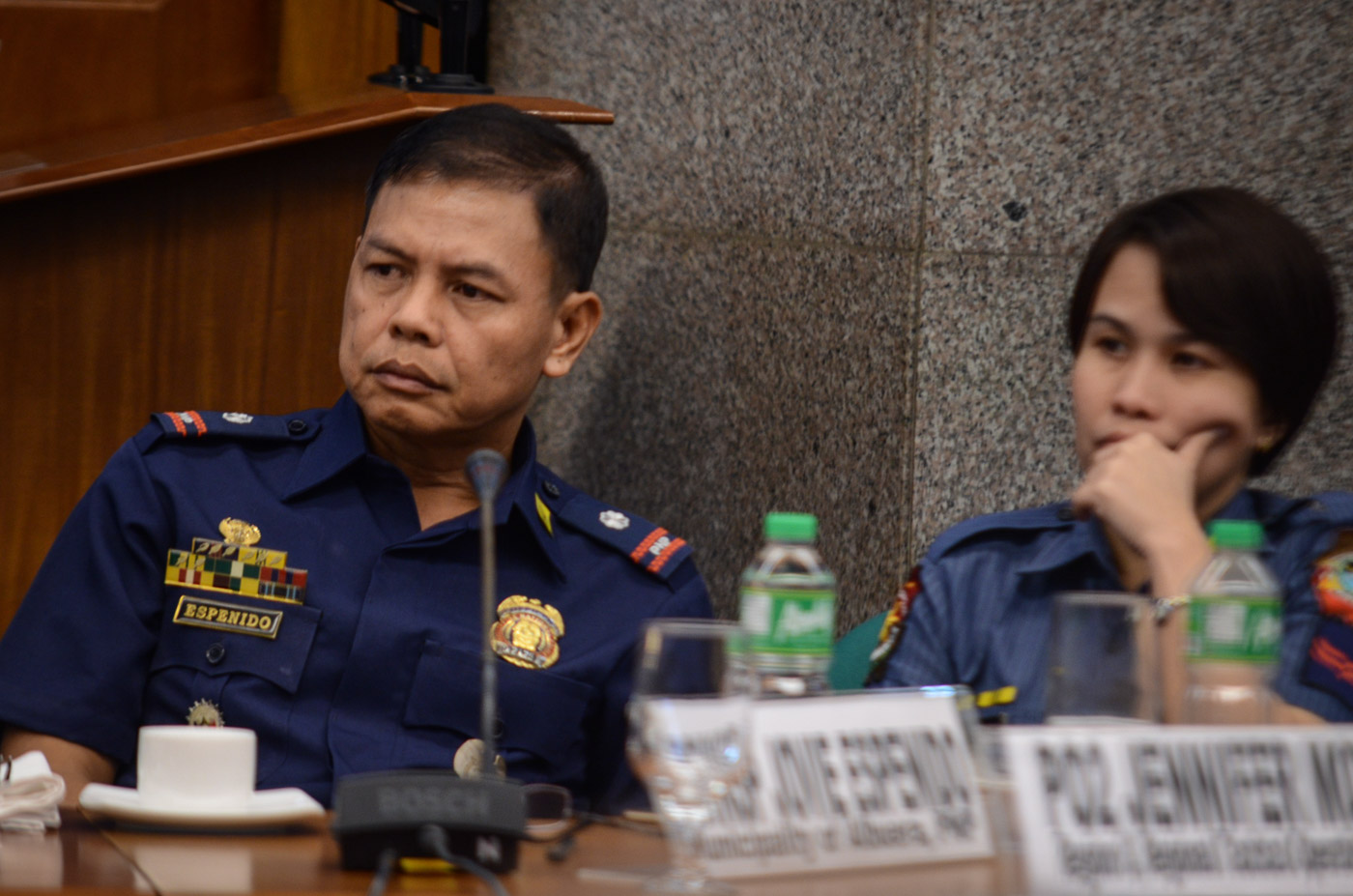 MISAMIS OCCIDENTAL, Philippines – A city mayor here whom President Rodrigo Duterte has linked to the drug trade said he welcomes the transfer to his city of a drug-busting  cop last assigned in Eastern Visayas.

That chief of police is Chief Inspector Jovie Espenido, whose last assignment was as municipal police chief of Albuera, Leyte. There he was tasked to zoom in on the Espinosa family, who allegedly led illegal drugs operations in Eastern Visayas.

Ozamiz City Mayor Reynaldo Parojinog Sr said he welcomes his new city police chief, and is looking forward to working with him in cracking down on illegal drugs in his area and in maintaining peace and order.

The former mayor of Albuera, the late Rolando Espinosa Sr, was accused by no less than President Duterte of being protector to his son, alleged Eastern Visayas drug lord Kerwin Espinosa.

Months after surrendering to Philippine National Police (PNP) chief Director General Ronald dela Rosa, Espinosa was killed inside his jail cell at the Leyte sub-provincial jail. He supposedly fought back against cops trying to serve a search warrant against him.

Espinosa was in jail after Espenido filed charges against him for violating the country’s laws on illegal drugs and firearms. It was a different unit, however – the Criminal Investigation and Detection Group (CIDG) Region VIII – that operated against Espinosa.

The CIDG operation has been tagged by the National Bureau of Investigation as a rubout.

Aside from Espenido, 15 other officials from Albuera were also transferred to the city, according to Superintendent Surki Sereñas, Northern Mindanao region police spokesman.

Sereñas noted that Espenido’s transfer was part of the PNP national headquarters’ transfer program on the orders of Dela Rosa himself. Usually, transfers of city police chiefs come from the regional director.

In an interview with Rappler on Wednesday, December 21, Parojinog said he preferred having a police chief not from Ozamiz so he can better implement the government’s anti-illegal drugs campaign.

“That way, he can really dig deeper and the truth will come out,” Parojinog said, referring to some reports fed to Malacañang that supposedly mistakenly identify local government officials as involved in the illegal drug trade in their locality.

Parojinog is among the local government officials who’ve claimed their inclusion in Duterte’s dreaded drug list was not accurate. His daughter, Vice Mayor Nova Princess, is also part of the list.

Since assuming office, Duterte has led a controversial war on drugs. To date, police have arrested more than 41,000 drug suspects in police operations around the country. More than 2,000 drug suspects, meanwhile, have been killed as a result of those operations.

Another 4,000 deaths are listed as “deaths under investigation” or vigilante-style killings with possible links to illegal drugs.

Police have been accused of resorting to summary killings in the name of the drug war, an allegation Dela Rosa and the government have denied. – with Bea Cupin/Rappler.cm