MANILA, Philippines – President Rodrigo Duterte’s longtime tradition during the holidays is to visit cancer patients, and this year was no exception.

On Saturday, December 24, Duterte went to the Children’s Cancer and Blood Diseases Unit of the Southern Philippines Medical Center in Davao City to visit cancer-stricken children.

He spent time talking with the children, showing his affectionate side as he embraced them and received kisses from them. He also gave the children their Christmas gifts.

During the visit, hospital officials also discussed with the President the possible improvements to SPMC’s Children’s Cancer and Blood Diseases Unit. 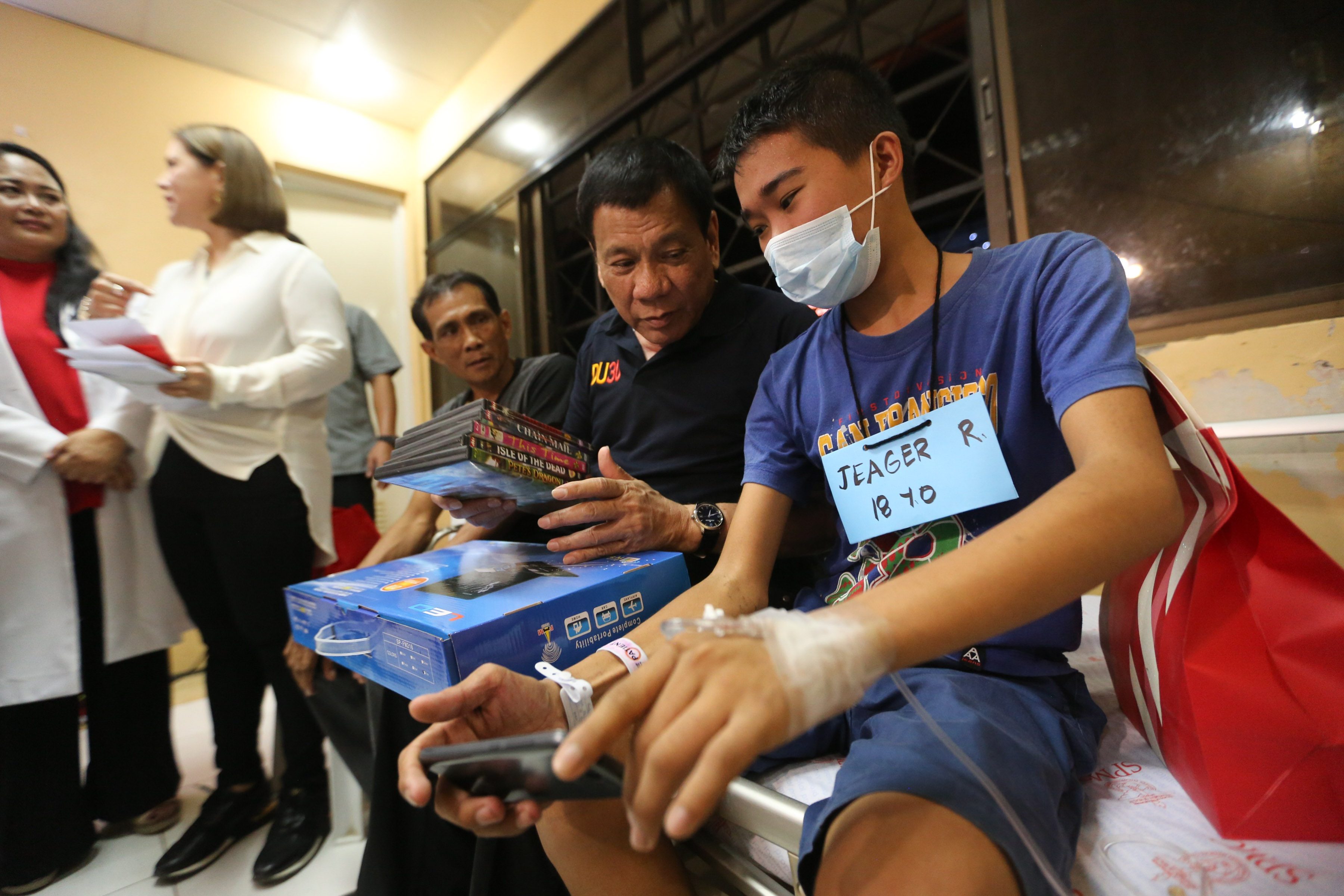 Duterte is spending his first Christmas as president in his hometown of Davao City. He is also expected to open his home to the poor – another tradition that he’s had since his stint as city mayor.

In his Christmas message, Duterte called on Filipinos to be more compassionate as they celebrate the Yuletide season.

“My beloved countrymen, as we remember the birth of our savior Jesus Christ, let us celebrate the genuine compassion and desire to foster hope in our hearts,” he said.

He added that the country should welcome 2017 with “great happiness.” – Rappler.com