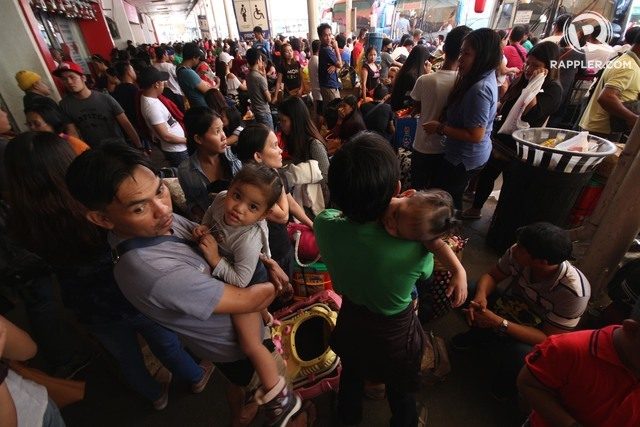 As if to wrap up a very tumultuous year with an exclamation point, Typhoon Nina (Nock-ten) barreled through the provinces of Catanduanes, Camarines Sur and Camarines Norte just as people were winding down their Christmas day celebrations. The storm has left around a million Bicolanos in evacuation areas and left thousands of passengers hoping to spend their holidays in the Visayas stranded at the Matnog port. Camarines Sur has been placed under a state of calamity on Monday morning.

The Philippines is not the only country that went on crisis mode on Christmas day, Chile was hit by a powerful earthquake on December 25. Thankfully, no casualties were reported.

The year 2016 has been difficult for many. This is reflected in messages delivered by Church leaders on Christmas day. At the Saint Peter’s Basilica, Pope Francis called for guns to fall silent in Syria. He also urged Israelis and Palestinians to “have the courage and the determination to write a new page of history.” In the Philippines, Lingayen Archbishop Socrates Villegas, president of the Catholic Bishops Conference of the Philippines, urged Filipinos to remain vigilant over extrajudicial killings even as they celebrated the holidays.

In the United States, President-elect Donald Trump considers dissolving his charitable foundation in the face of brewing conflict of interest issues. He is, however, prevented from doing so by ongoing investigations.

Closer to home, China sends its sole aircraft carrier into the Pacific for the first time – a move likely to raise regional tensions.

A little good news to Filipino commuters: transport apps Grab and Uber heed the call of the Land Transportation Franchising and Regulatory Board (LTFRB) to impose caps on holiday rates.

Here are the top stories you should not miss today.

Three provinces in the Bicol region: Catanduanes, Camarines Sur and Camarines Norte; were placed under typhoon signal number 4 as Typhoon Nina (Nock-ten) made landfall on Christmas day, December 25. The storm left 500 buses and trucks stuck in line outside the Matnog Port, stranding around 5,700 passengers who were hoping to spend the holidays in Samar and neighboring areas. Catanduanes Governor Joseph Cua said that electricity was cut off in his entire province after Typhoon Nina made landfall there at 6:30 pm. The provinces of Albay, Camarines Sur and Quezon were likewise affected by power outages as National Grid Corporation of the Philippines (NGCP) announced that a number of transmission lines have been affected. As of Monday morning, Camarines Sur has been placed under astate of calamity. 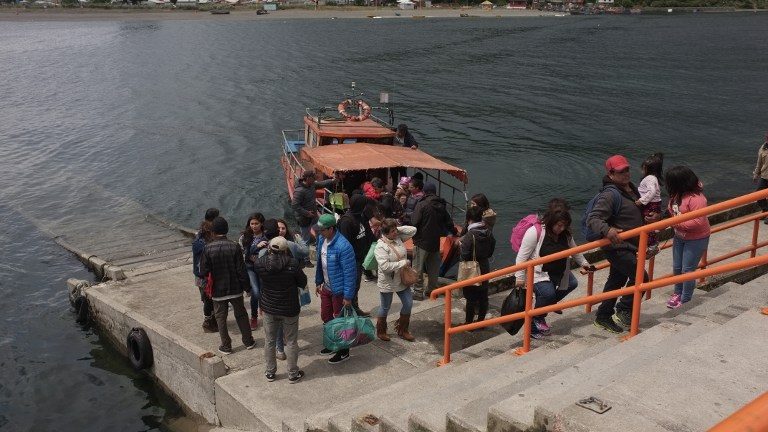 A strong Christmas Day quake hit southern Chile on Sunday, December 25, triggering initial tsunami fears and evacuations, but no deaths were reported and damage was minor. The quake registered 7.7 on the Moment Magnitude scale according to seismologists at the US Geological Survey. Chile’s national emergencies office ONEMI put it at 7.6. Authorities issued a tsunami alert immediately after the temblor, with people on the southern coast urged to flee to higher ground. But that was later downgraded to a “state of precaution,” according to ONEMI chief Ricardo Toro. No loss of lives were reported. In a mass held on Sunday, December 25, at the Saint Peter’s Basilica, Pope Francis called for peace in the Middle East while offering comfort to victims of terrorism after a year of bloody jihadist attacks. The 80-year-old Argentine Pontiff called for guns to fall silent in Syria, saying “far too much blood has been spilled” in the nearly 6-year conflict. He also urged Israelis and Palestinians to “have the courage and the determination to write a new page of history.” Lingayen-Dagupan Archbishop Socrates Villegas urged the Catholic faithful not to let the Christmas celebrations numb them to extrajudicial killings that are happening all over the country. Villegas, who is also the president of the Catholic Bishops Conference of the Philippines (CBCP), urged the faithful not to let anger or fear rule them or allow them to be complicit to the murders. 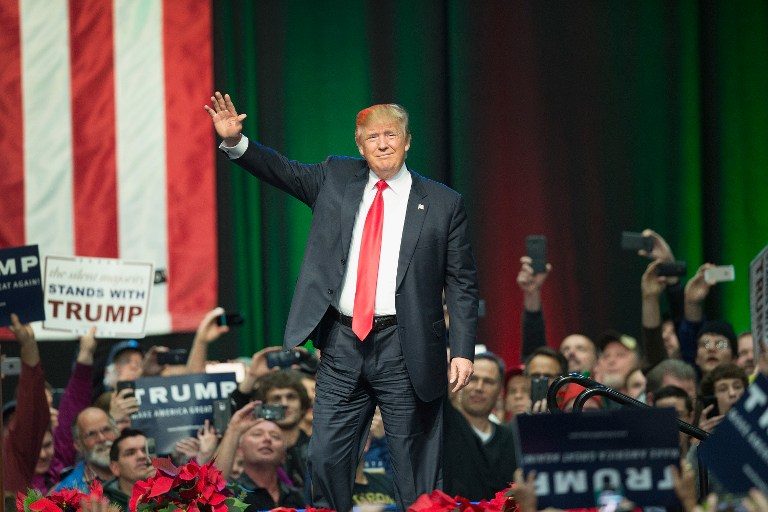 To avoid a brewing storm of potential conflicts of interest, US President-elect Donald Trump said Saturday, December 24, he intends to dissolve his controversial philanthropic foundation. New York attorney general Eric Schneiderman, however, says an ongoing investigation prohibits Trump from closing down his foundation. Trump’s sprawling portfolio of US and overseas business interests and holdings – as well as his Donald J Trump Foundation – have come under increased scrutiny in the weeks since his election. His private foundation – including how much money he has actually given it – has been at the center of several controversies and is under investigation by New York attorney general’s office. China’s navy sent its sole aircraft carrier into the Pacific for the first time, state media reported – a move likely to ratchet up regional tensions. The duration of the drill and the route of the flotilla were not known. But the Soviet-made carrier is based in the northeastern city of Dalian, suggesting the fleet would enter the Pacific through a disputed island chain between Taiwan and Japan. The Chinese navy drills are seen as a show of strength by Beijing at a time of rising tensions with Taiwan and the United States. In compliance with the Land Transportation Franchising and Regulatory Board (LTFRB) order to stop “unreasonable” price surging, ride-hailing company Grab is putting a cap on its ride rates until January 30. Uber Philippines released an announcement on Sunday, December 25, that it would “implement a limit on surge to make rides more affordable during the busy holiday season.” The day prior, the Land Transportation Franchising and Regulatory Board (LTFRB) warned both Uber and Grab Philippines that their accreditation may be cancelled if “unreasonable surges” of rates persist. The LTFRB had reportedly gotten complaints about price surges ranging from P2,000 to P28,000 this holiday season. Manila Archbishop Luis Antonio Cardinal Tagle appealed to parishes within the Archdiocese of Manila to prepare to help local government units (LGUs) affected by Typhoon Nina (Nock-ten). The Archdiocese of Manila directly covers 2.4 million Catholics in the cities of Manila, Makati, Pasay, San Juan, and Mandaluyong.  The Department of Social Welfare and Development (DSWD) earlier announced that it has started providing relief assistance to families affected by Typhoon Nina (Nock-ten) on Christmas day.