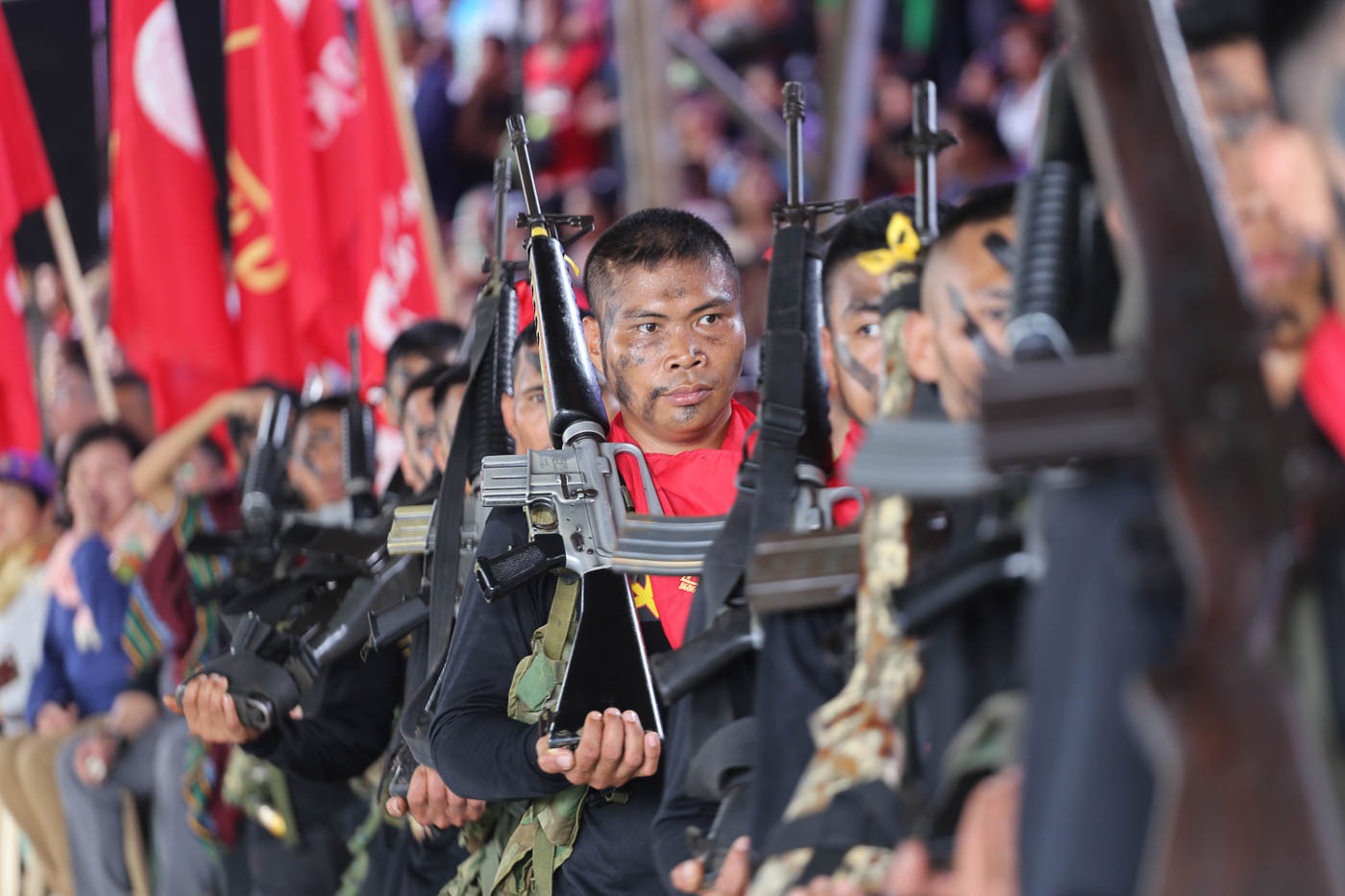 DAVAO CITY, Philippines – Communist guerrillas gathered at a camp in the city of President Rodrigo Duterte, their longtime ally, on Monday, December 26, as they celebrated the 48th founding anniversary of the Communist Party of the Philippines (CPP).

About 300 New People’s Army (NPA) fighters had a show of force in a rebel camp in Barangay Lumiad, Paquibato District, in this city, witnessed by an estimated 3,000 members and supporters of the CPP.

The rebels in August declared a ceasefire to show good faith as their political arm, the National Democratic Front (NDF), opened peace negotiations with the Duterte administration. The military did the same.

In a statement on Monday, however, the CPP said the rebels are ready to sign the ceasefire deal – but stressed that this can only fully take effect once all the prisoners on their list are released.

“As a show of support for the peace process, the NDF and the CPP are ready to sign the bilateral ceasefire agreement,” the CPP said in Filipino. “But this will only take effect once all political prisoners are released.”

Already, the unilateral ceasefire declared by the guerrillas 4 months ago is the longest in recent history – a feat that both sides said augurs well for the peace process. All previous 5 Philippine presidents since 1986 did try – but failed – to negotiate with the NDF for a peaceful settlement of Asia’s longest running insurgency. 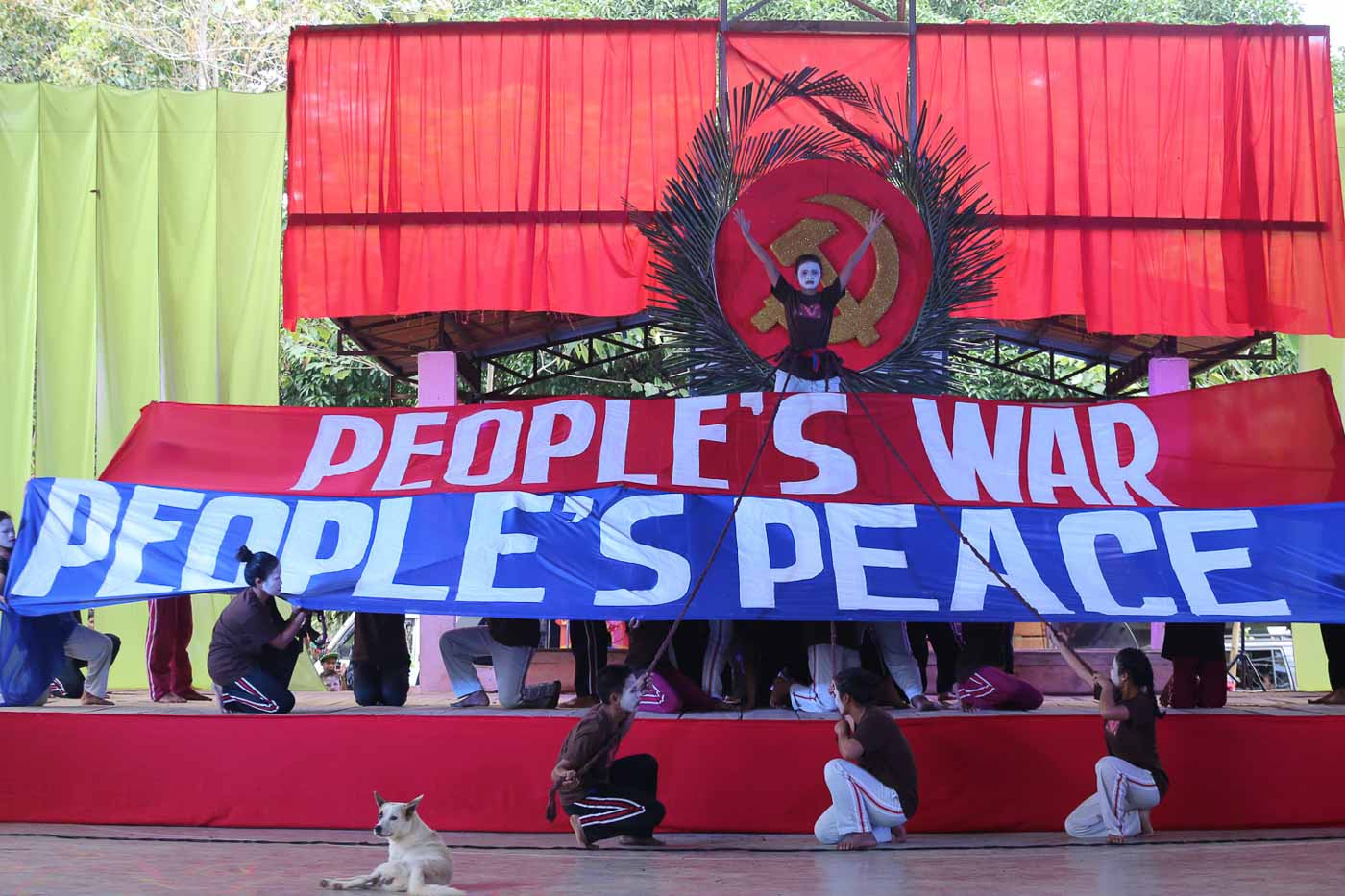 The communist movement supported the presidential campaign of Duterte, who struck an alliance with the rebels during his term as mayor of Davao City.

Under Duterte, at least 3 activists identified with the CPP hold Cabinet positions. Communist leaders themselves acknowledged this is the closest they have ever reached to signing a peace deal with any government.

Communist leaders continued to be supportive of Duterte.

Luis Jalandoni, a senior adviser of the rebel panel in the talks, recalled that in their meeting with the President on September 26 in Malacañang, they were pleased with his declaration that he would not allow the United States to dictate on the Philippines.

“We are proud of him for standing up as the first Philippine president against US imperialism,” Jalandoni said.

If the US and “other anti-people forces” will plot to oust him, Duterte can rely on the communist guerrillas for support, Jalandoni added. “The NDF will be a reliable ally to him.” 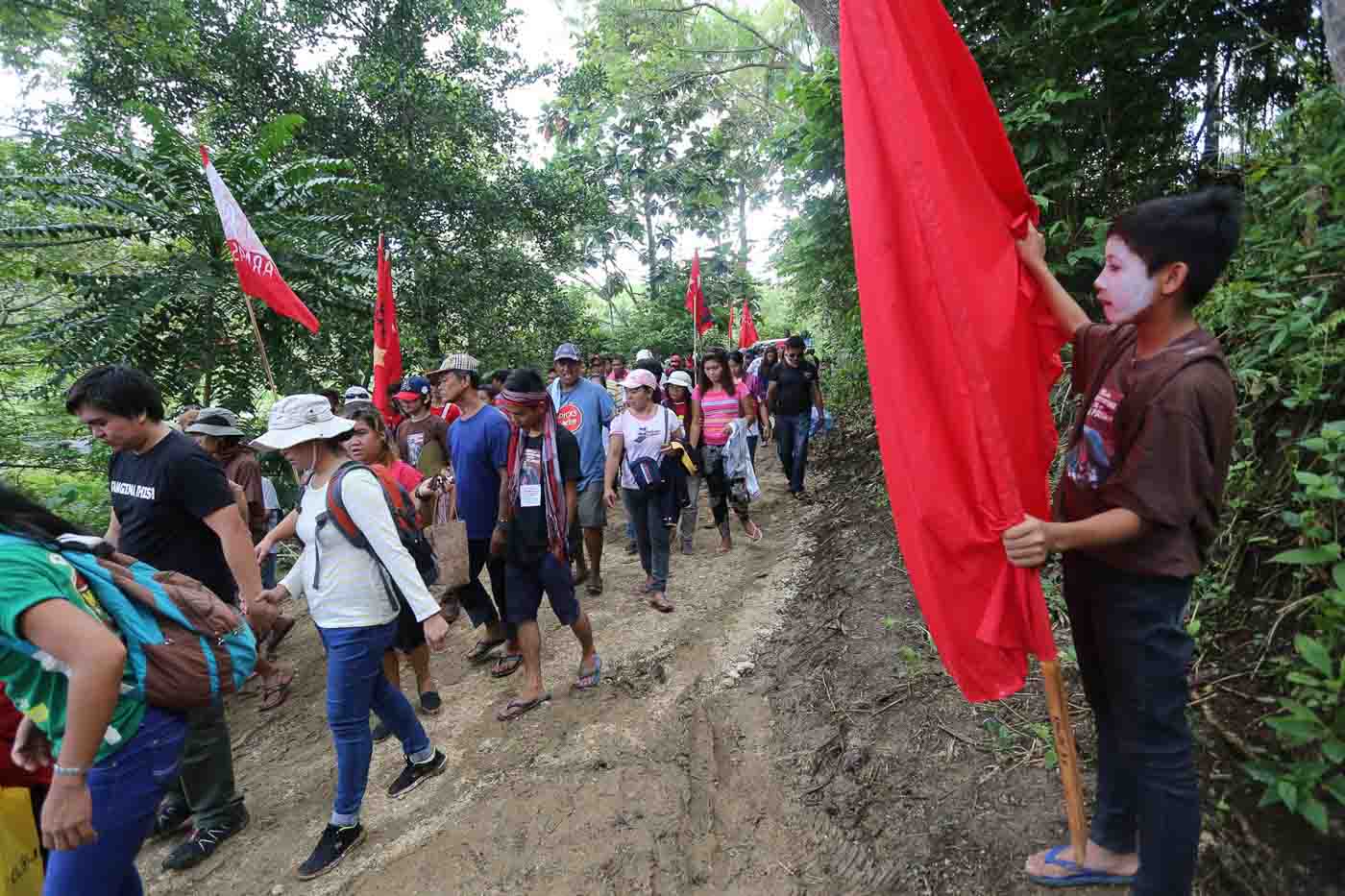 Even the founding chairman of the CPP, Jose Maria Sison, said in a statement Monday that “the prospects are still bright” in the ongoing negotiations. Besides, Sison stressed, the talks can continue while rebels are “fighting in the battlefield.”

Concha Araneta Bocala, an NDF consultant who attended the celebration here, said in Filipino that the people want peace, but it should be peace that involves land reform, higher wages, and nationalizing key industries.

The peace talks will resume early 2017 in Rome, Italy. – Rappler.com