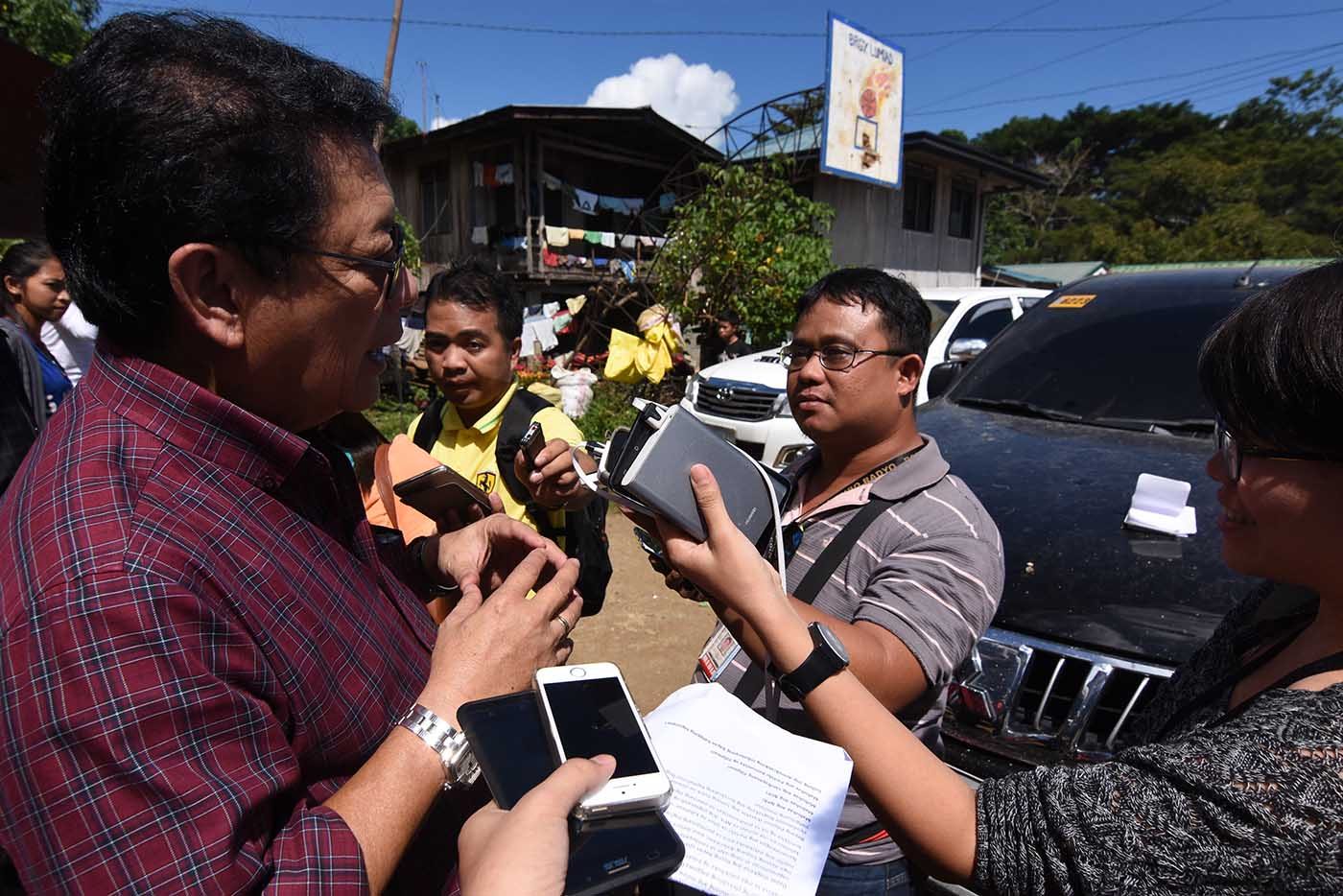 MANILA, Philippines – The government’s top peace negotiator on Monday, December 26, visited a territory of the New People’s Army’s in Paquibato District, Davao City during the Communist Party of the Philippines’ 48th founding anniversary.

Calling it a “historic first,” Secretary Silvestre Bello III spoke before thousands of rebels and their supporters, as he assured them that President Rodrigo Duterte would keep his promise to release some sickly and elderly political prisoners for humanitarian reasons.

“It is just a matter of time. The President will keep his word,” Bello said.

Bello also shared the optimism of CPP founding chair Jose Maria Sison that peace is more attainable under the Duterte administration than in any previous governments.

Sison, in a statement Monday, said that “the prospects are still bright” in the ongoing negotiations. Besides, Sison stressed, the talks can continue while rebels are “fighting in the battlefield.”

Presidential Adviser for Peace Process Jesus Dureza had said Duterte already issued a directive for the release of some 17 or 20 detained rebels.

“Let us just wait for the formal announcement of the President,” Dureza earlier said.

The National Democratic Front, the political arm of the CPP, earlier demanded the release of 434 detained rebels, in compliance with the Comprehensive Agreement on Respect of Human Rights and International Humanitarian Law – which the government and the rebel group signed during the Ramos administration.

But Bello said this won’t be easily accomplished, as there are several procedures to follow.

“There are some legal processes that we have to comply before they can be released,” he explained.

Bello said he would meet with Duterte on Thursday, December 29 to discuss the matter.

The President earlier said he would not give in to the NDF’s demands to release around 130 political detainees – mostly NPAs – saying the government would lose its leverage in the negotiations. (READ: Duterte won’t release political prisoners: ‘They’re my ace’)

As for the next round of peace talks in January, Bello said the “crucial agenda” of social and economic reforms would be the focus.

“We have tapped the expertise of economists from the University of the Philippines to draft the economic reform agenda of the government, which we will present on the negotiating table in Rome,” Bello said.

He said at least 2 days have been dedicated to discuss the 2 topics during the 5-day formal talks in Rome, Italy, starting on January 19. – Rappler.com