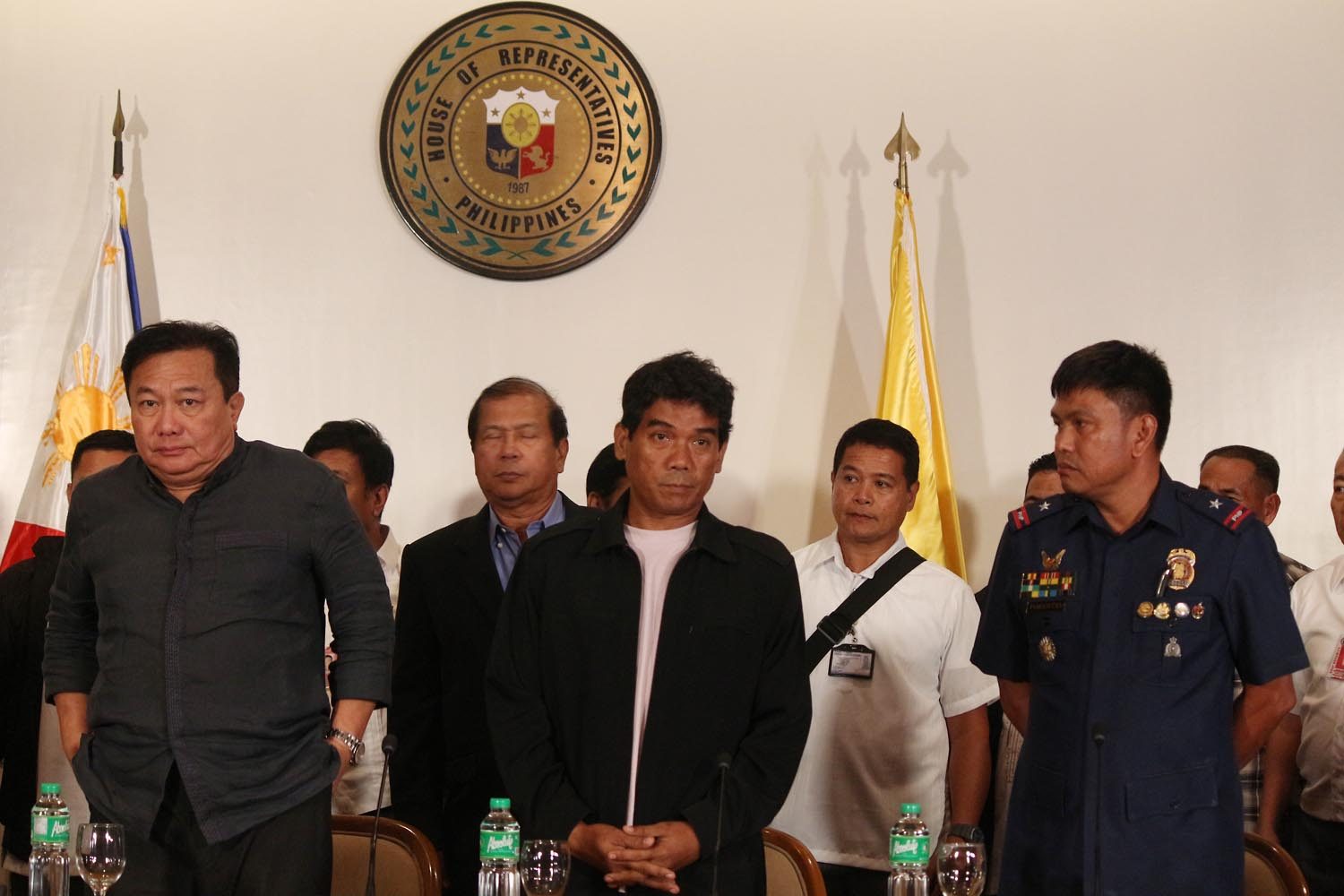 MANILA, Philippines – House leaders have filed a complaint before the Department of Justice (DOJ) against Ronnie Dayan, Senator Leila de Lima’s former security aide and alleged bagman, for skipping one of the House hearings into the narcotics trade at the New Bilibid Prison (NBP).

In their disobedience to summons complaint filed on Thursday, December 29, Speaker Pantaleon Alvarez, Majority Leader Rodolfo Fariñas, and Representative Reynaldo Umali, House justice committee chair, said Dayan violated Article 150 of the Revised Penal Code when he did not show up at the hearing on October 6 despite a subpoena issued by the House panel.

Article 150 penalizes individuals who have been duly summoned to appear before Congress and its committees but ignored the order, with a penalty of one to 6 months in prison or a fine ranging from P200 to P1,000, or both.

Dayan first went into hiding in August when no less than President Rodrigo Duterte accused him and De Lima of having an illicit affair as well as having links to drugs at the NBP.

When the House justice committee launched its probe into the prison drug trade, witnesses claimed that Dayan supposedly collected millions in drug money to fund the planned senatorial campaign of De Lima, who was then justice secretary.

This prompted the House panel to subpoena Dayan to appear at the October 6, hearing but Dayan failed to show up. The committee then issued an arrest warrant against him.

Authorities arrested Dayan on November 22. He testified before congressmen on November 24. (READ: A can of contradictions in Ronnie Dayan’s testimony)

Dayan’s daughter, Hannah Mae, revealed that her father wanted to attend the inquiry, but De Lima advised through text message that he should skip the House probe as the lawmakers would only “feast” on details of their relationship.

Umali said they decided to file the case against Dayan when they found out that the latter is not under the DOJ’s Witness Protection Program (WPP).

Justice Secretary Vitaliano Aguirre II earlier offered Dayan a conditional admission under the WPP after he testified at the Batasang Pambansa.

“But then when we checked it out, ‘di pala natuloy ‘yun, so we were constrained to file this case… Kasi absurd naman ‘yun if finilan namin si Senator Leila de Lima because she disobeyed the summons and we will not file the case versus the very same person who disobeyed the summons,” Umali said.

(But then when we checked it out, that did not push through, so we were constrained to file this case. It would be absurd if we filed a case against Senator Leila de Lima for disobedience to summons and we will not file the case versus the very same person who disobeyed the summons.)

Alvarez, Fariñas, and Umali earlier filed two complaints against De Lima – one before the DOJ and another before the Senate ethics committee – for violating Article 150 of the Revised Penal Code as well. (READ: DOJ files criminal case vs De Lima)

De Lima, however, was unfazed. She said the cases against her are merely a bid to “save the House leadership from embarrassment for failing to link [her] to the drug trade in the New Bilibid Prison, and for shaming itself by engaging in rumor-mongering, slut-shaming and voyeurism.”

Read the full copy of the complaint against Dayan below: