Senators on Rizal Day: Protect the freedom he died for 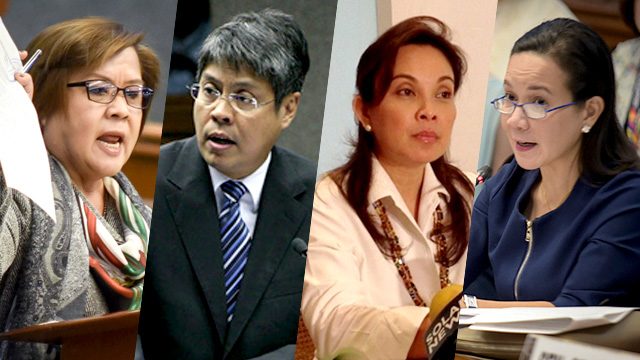 Facebook Twitter Copy URL
Copied
Senator Francis Pangilinan calls Jose Rizal a 'millennial who cares, and says he used his talents to fight for the country's liberation from Spain

Senator Francis Pangilinan recalled that Rizal was only in his mid-20s when he wrote his novel Noli Me Tangere, which discussed the abuses of the Spanish friars and the then ruling colonial government.

The senator called Rizal a “millennial na may pakialam (who cares)” and a “multi-tasker” for using his skills as a writer, doctor, and teacher to help open his countrymen’s eyes to the atrocities committed by the Spaniards. (READ: Duterte on Rizal Day: Be a hero, help effect change)

(He was a multi-tasker even before the term was coined. Many were angry at him then. He was called a hypocrite, sensitive, and a rebel. But he continued to do what he thought was right for the country.)

One hundred twenty years after Rizal was executed at Bagumbayan, Pangilinan said Filipinos can continue fighting for the freedom he fought for in their own ways.

(You don’t have to die to be considered like Ka Pepe. Every day, there are people who respond to heroism, not just our modern day heroes, the OFWs. There are many in the Philippines who respond to the challenge posed by poverty and inequality.)

(There are those who multi-task, too, especially this Christmas: Mothers, fathers, sisters, brothers, uncles, aunts, and sometimes grandparents and youngest children who accept sideline jobs just to bring happiness to their loved ones. And even if it is difficult for them or they are called as lazy or stupid or tard, they just get by through a smile, a song, or a joke.)

(I will die without even seeing the brightness of the dawn in my country. To those who will see it, welcome it and do not forget the people who have fallen to the darkness of the night.)

For De Lima, Filipinos who currently have seen the light in darkness like Elias have the responsibility to protect the Philippines from the corrupt and greedy.

(Let us remember: As long as those who blind themselves from the truth, as long as dishonesty and abuse continue, as long as many continue to stay silent, fear and violence will reign. How many other Rizals or Eliases would have to be killed, young and innocent children be involved, before we will move to end this violence in the country?)

De Lima advised the public to uphold the principles shown by Rizal.

(As Filipinos who love and care for others and the country, let us practice the principles shown by Jose Rizal and our other heroes. Let us fight for the freedom that was not witnessed by those before us, for the freedom they fought for bravely, so that we would be able experience a just and peaceful tomorrow.)

Senator Loren Legarda shared the same sentiments as her colleagues, calling Rizal an “unparalleled visionary” who changed the landscape of the Filipino identity.

She said that like Rizal, Filipinos possess a “resilient spirit that enables them to weather challenges, even the worst economic and social conditions.”

“Even after experiencing the worst disasters, Filipinos find reason to smile and laugh, help others even if they are victims too, and immediately go about their business and it is something to be proud of. Rizal was the epitome of strength and resiliency and overcame the monumental challenges he faced as we know from our nation’s history. He drew strength from his family, his faith and his beloved nation. I hope Filipinos would follow his example,” said Legarda.

The senator also wants Filipinos to take pride in the Philippine heritage.

“We will be more confident of ourselves if we know who we are and if we understand our roots. We must all strive to know about our heritage, appreciate it and preserve it for the future generations,” she said.

As President Rodrigo Duterte wages his bloody war against drugs, Senator Grace Poe said there should no longer be any bloodshed in the country.

“The spirit of Rizal’s heroism lies in loving our country in our thoughts, words, and deeds. There need not be bloodshed to show our love for the motherland,” she said. – Rappler.com