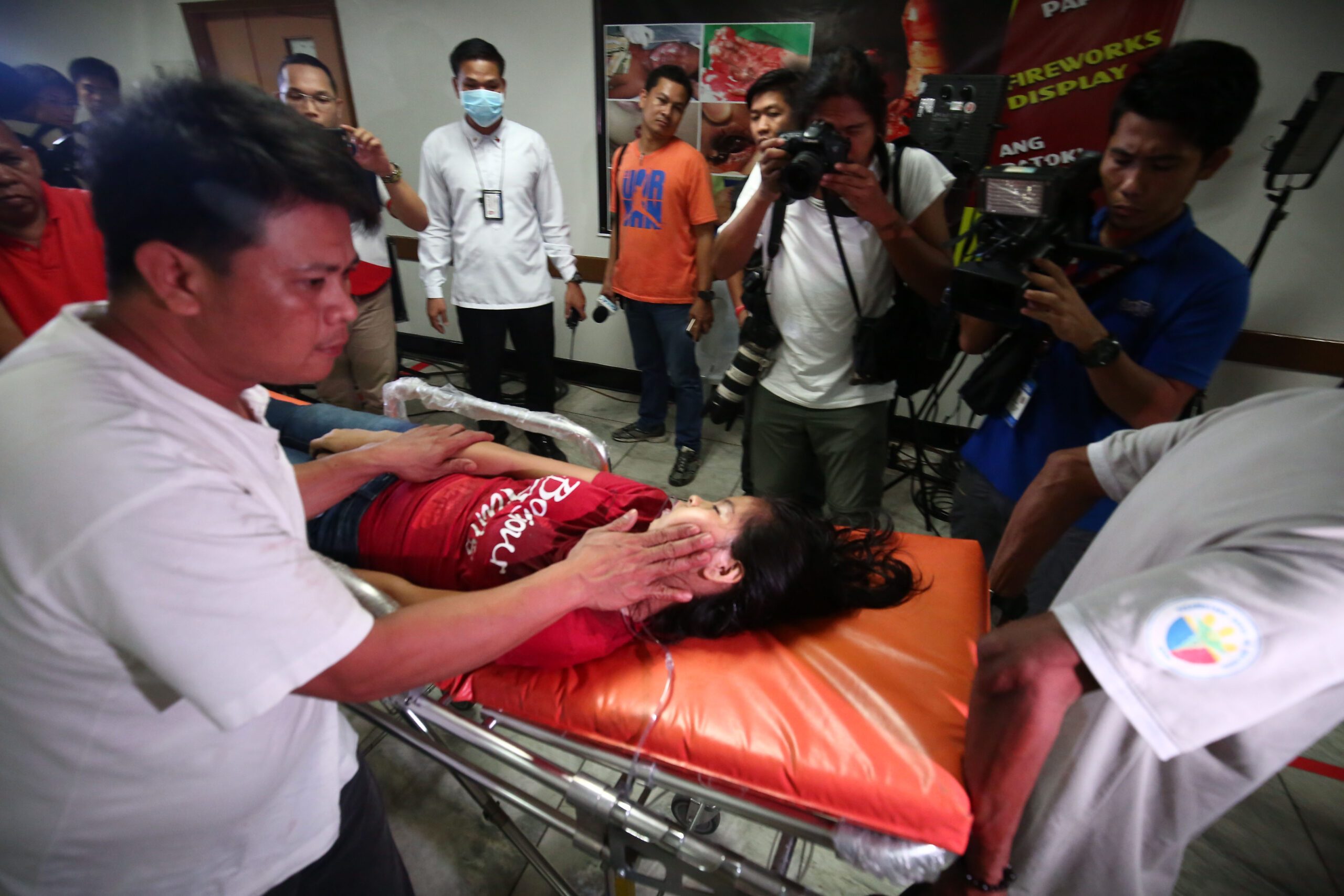 MANILA, Philippines – At least 2 were reported killed from a number of shooting incidents across the Philippines while dozens were injured from firecracker blasts Saturday night, December 31, as the country celebrated to meet the New Year.

A resident of barangay Mayamot in Antipolo, Rizal and a resident of Upper Bicutan in Taguig City were killed by stray bullets, according to early media reports.

A mother also rushed her 15-year-old girl to the Jose Reyes Memorial Medical Center because of a gunshot wound in the head, according to a report on DZMM.

Police chief Director General Ronald “Bato” dela Rosa earlier issued a grave warning against those who will use their guns for the New Year revelries. Cops were directed to catch shooters within 24 hours, else they will lose their jobs.

The New Year shooting incidents were not limited to cases of indiscriminate firing. A victim of alleged riding-in-tandem assailants was rushed to Jose Reyes Memorial Medical Center, according to a separate report on DZMM.

Another victim rushed to the East Avenue Medical Center in Quezon City was shot by his neighbor in Barangay Batasan Hills. Dozens of victims of fireworks injuries, many of them children exposed to the notorious “Piccolo”, were also rushed to hospitals all over the country capital.

Others were rushed to the hospitals because of breathing problems due to smoke from firework explosions.

A 4-year-old boy was rushed to the East Avenue Medical Center after a “luces” flare injured his right eye, according to a tweet of a reporter of The Philipine Daily Inquirer. Adults were not spared from fireworks injuries. A 24-year-old man was rushed to the Jose Reyes Memorial Medical Hospital after he was injured by the so-called “Bey Blade.”

DOH started its monitoring on December 21. As of 6 a.m. on December 31, at least 141 cases of injuries were reported due to firecrackers.

The DOH campaigned against the use of firecrackers especially among children. – Lian Buan/Rappler.com