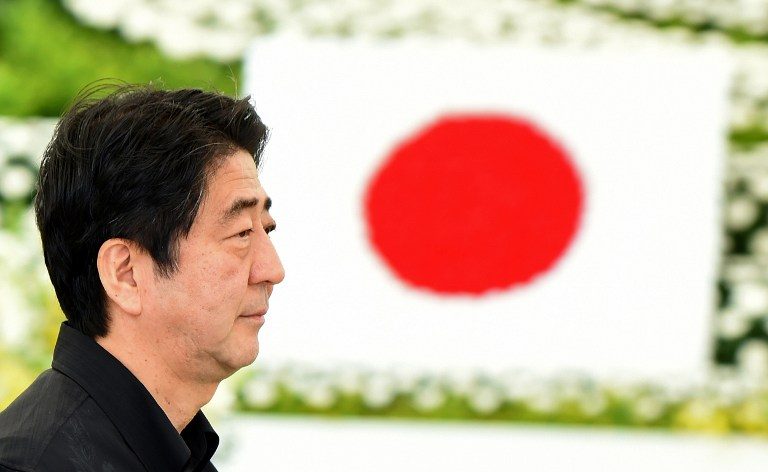 MANILA, Philippines – In what President Rodrigo Duterte described as a “show of solidarity,” Japanese Prime Minister Shinzo Abe will visit the Philippines this month, the first head of government to make an official visit to the country under the new administration.

Duterte, who confirmed the upcoming visit in an interview with state-run PTV as 2016 drew to a close, said Abe’s upcoming trip would be a “friendly visit.”

VERA Files earlier reported that Abe will be in the Philippines on January 12-13. He will visit the country capital Manila and Duterte’s hometown Davao City.

Asked for details about Abe’s activities when he arrives in the Philippines, Duterte said he has yet to consult with the foreign affairs department.

“This is just a friendly visit. It really is official because he’s an official, he’s the Prime Minister. We [received] that information way back when we visited Japan but it was passed on to me as a private confidential matter,” the President said.

“He might want just a very modest thing…I’ve not been apprised by the security guys of how it will unfold. So to me, it’s just, he wants a, just a show of solidarity,” he added.

Duterte attributed Abe’s interest to visit Davao City to the considerable  population of Japanese-descended Filipinos there. The city had been home to Japanese workers in the early part of the 20th century to work for plantations producing abaca or Manila hemp.

In October, Duterte visited Japan – his 6th foreign trip as president – for talks on economic cooperation and investments, defense cooperation, and a commemoration of 60 years of diplomatic ties between the two countries.

“During our talks, which was really one of the longest that I have had with a sovereign chief of state, he was interested about helping us, the investments, but most of all, they also wanted to visit my place Davao City,” Duterte said in the PTV4 interview.

Duterte’s trip Japan yielded $1.8 billion in business deals, according to Malacañang, as well as a “verbal commitment” to invest $17.2 billion in infrastructure, water, and power projects from Japanese company Marubeni. – Rappler.com