Russia ready to help PH in fight vs terrorism, piracy 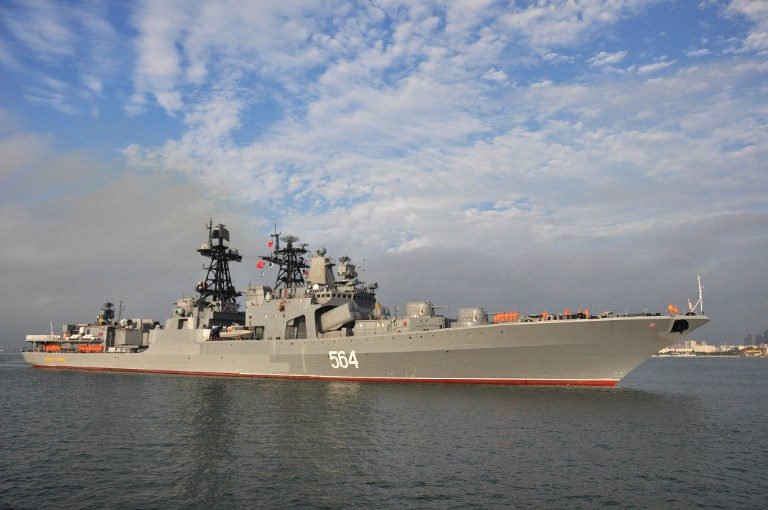 MANILA, Philippines – The Russian Navy is ready to help the Philippines improve its fight against terrorism and piracy, a senior Russian naval officer said on Tuesday, January 3.

Asked whether Russia will help boost the naval capabilities of the Philippines, Mikhailov said through an interpreter, “Yes, of course we will do our best from our side to help you.”

He added: “One of the main problem is the terrorist and piracy. Also this problem here takes place in the Russian Federation. And we have very good experience to fight with it. In the future, maybe future exercises will…take to you our knowledges in this problem. How to solve…the piracy and terrorism.”

Russian warships had docked on occasion in the Philippines, but it would be the first time for Russian naval officers to have a series of interactions with their Filipino counterparts.

Mikhailov said that from January 3 to 7, Russian naval officers will meet with their local counterparts.

“Our visit will end with a maritime exercises which we have  a maneuver at sea with the vessel of your Navy,” he said.

Asked about the kind of help that the Russian Navy can extend to the Philippine Navy,  Mikhailov also cited a “variety of equipment” that it can show its local counterpart.

“From us, on our side, we can help you in every way which you need,” he said.

“Because the main task is the safety in this region,” he added.

Asked whether there were joint military exercises or combat training in the offing for the two navies, Commodore Francisco Gabudao Jr said he could only talk about the current event. “It’s a goodwill visit; just merely cooperation between the two navies,” he said.

Gabudao, Commander of the Naval Combat Engineering Brigade of the Philippine Navy, said the latest visit is the third time Russian vessels called on a Philippine port for a goodwill visit. The first was in January 2012, and the second in May 2016.

The visit comes as President Rodrigo Duterte seeks to forge closer military ties with Russia, as well as China, to demonstrate a foreign policy independent of the country’s longtime ally, the United States.

Duterte has made pronouncements that he is considering holding joint military exercises with either Russia or China, while threatening to end the decades-long tradition of war games between the Philippines and the US. – Rappler.com