“Lieutenant Colonel Marcelino voluntarily surrerndered to the Provost Martial General based in Camp Aguinaldo, Quezon City around noontime,” according to Colonel Edgar Arevalo, chief of the Armed Forces of the Philippines public affairs office.

Arevalo said Marcelino, who was accompanied by his sister and his counsel, was immediately processed for fingerprints, mugshots, and medical examination.

Marcelino faces trial for possession of illegal drugs, allegations vehemently denied by the former PDEA agent who is known for leading the arrest of the so-called “Alabang Boys” in 2008 and for exposing alleged instances of corruption in the justice department after charges against the 3 he arrested were dropped. (READ: Marine Colonel: I would never betray country for drugs)

Manila Regional Trial Court Branch 17 issued warrants of arrest against them on December 27.

The surrender comes on the same day the Department of Justice (DOJ) filed a motion to issue a hold departure order (HDO) against Marcelino and his Chinese interpreter and co-defendant, Yan Yi Shou.

Senior Deputy State Prosecutor Richard Anthony Fadullon argued that “both accused may leave the country to escape prosecution and avoid facing up their liability and thus frustrates the end of justice.” 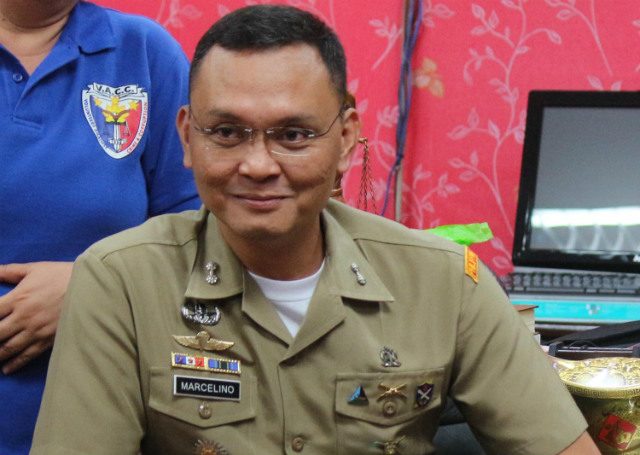 The case against Marcelino has had its twists and turns in one year.

Marcelino was arrested in a raid by the Philippine National Police and PDEA at a shabu laboratory in Santa Cruz, Manila, in January 2016.

He was detained following his arrest in the January raid, but was freed in June after the DOJ dismissed the case for lack of evidence.

Acting on an appeal from PNP and PDEA, the DOJ reconsidered and filed illegal possession charges before the court last September.

Marcelino and Yan later filed a motion to dismiss the drug charges filed against them by the DOJ, but the Manila RTC Branch 17 turned down their request.

Not long after that, Senator Leila de Lima claimed she has evidence to prove that Marcelino was being pressured to testify against her in the senator’s alleged role in the proliferation of drugs inside New Bilibid Prison. – Rappler.com