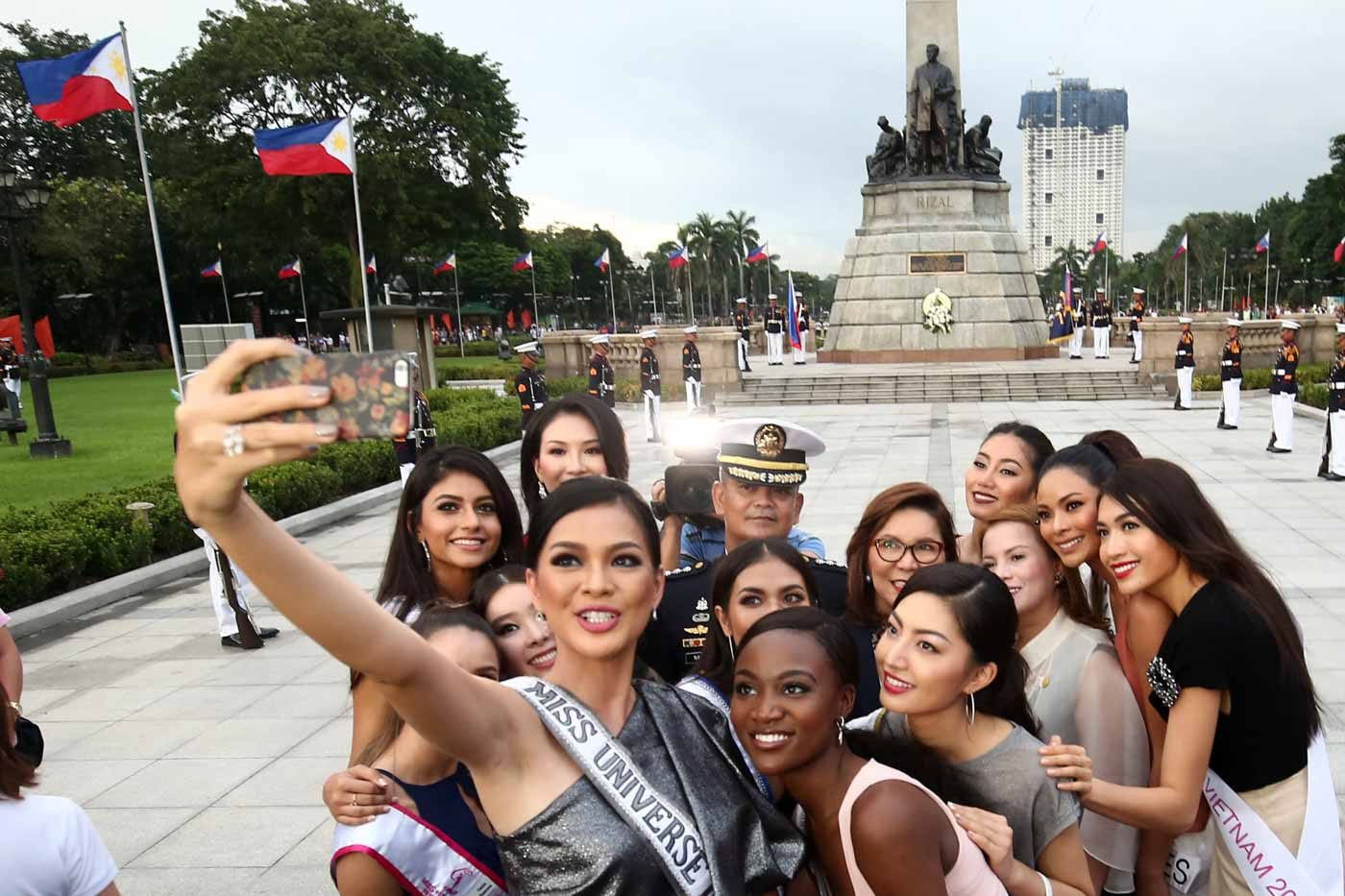 Facebook Twitter Copy URL
Copied
While departments and local governments are ordered to support the international event, the Palace says it should not disrupt their work

MANILA, Philippines – A memorandum from Malacañang orders government agencies and local governments to support the Miss Universe pageant, but not to spend for it.

Memorandum Circular No. 13, signed by Executive Secretary Salvador Medialdea on December 28, 2016, mandates that, except for certain instances, taxpayers’ money is not to be used for the hosting of the international event.

But the circular allows the Department of Tourism, (DOT) which backed the Philippines’ hosting of the pageant, to ask for help from other government agencies, local governments, and non-governmental organizations.

“The DOT may call upon any such department, bureau, office, agency or instrumentality of the government including GOCCs (government-owned or -controlled corporations) and SUCs (state universities and colleges), LGUs, and non-government organizations for assistance as the circumstances and exigencies may require,” says the order.

But officials of these government agencies must ensure that “there will be no disruption of work and services in their respective offices” because of the pageant.

The Palace also emphasized that the hosting of the pageant is to be organized by the private sector “in coordination” with the DOT.

It recognized that hosting the pageant would help the country by bringing “international prestige, publicity, good will, and economic benefit.”

President Rodrigo Duterte gave the greenlight for the pageant after Tourism Secretary Wanda Teo made assurances that government money will not be spent on it.

Addressing Duterte’s concerns that the pageant could cause more traffic in Metro Manila, Teo said organizers decided to hold the Manila events in the area around the SM Mall of Asia in Pasay City to contain any traffic disruption.

The coronation ceremony of the Miss Universe pageant is set to take place on January 30 at the Mall of Asia Arena. – Rappler.com