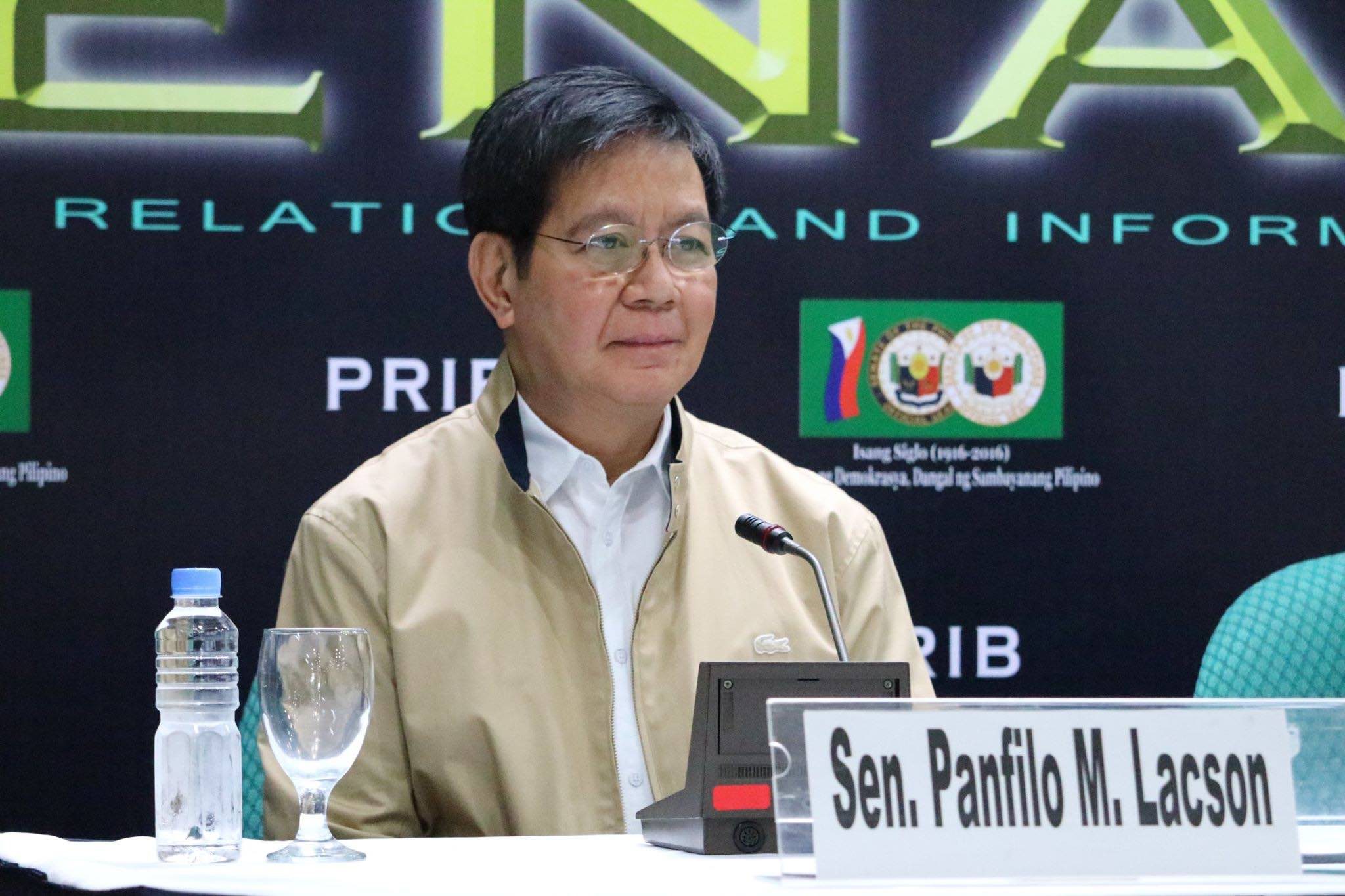 Facebook Twitter Copy URL
Copied
'What is sad here is the thought of sacrificing the victims of calamities for political favors and alliances,' says Senator Panfilo Lacson

MANILA, Philippines – Not only did the Department of Public Works and Highways (DPWH) regain P8 billion in lump sum funds, it also received an additional P497 million allegedly at the expense of the country’s Calamity Fund.

Senator Panfilo Lacson said this on Wednesday, January 4, as he lamented the “huge cuts” in the Calamity Fund supposedly to grant pork barrel to President Rodrigo Duterte’s allies.

“The Department of Public Works and Highways regained its slashed P8-billion ‘pork’ in the General Appropriations Act of 2017. Not only that, it got an additional P497 million, at the expense of the Calamity Fund,” Lacson said in a statement.

“Apparently, the P8.557 billion plus another P497 million added to the budget of the DPWH came from the huge cuts suffered by National Disaster Risk Reduction and Management Fund or Calamity Fund under the Special Purpose Fund,” Lacson said.

Lacson claimed the realignments were done to accommodate the pork barrel of lawmakers, citing instances when Mindanao congressmen approached him during Senate plenary debates.

“I am quite sure that these realignments are all about pork. I’ll tell you why. During the budget plenary debates, the ARMM congressmen came to see me to plead their case. Inabot nga kami ng 10 pm sa office ko explaining in so many words, thus – buti nga daw sila, tig-P1.5B lang na projects, ‘yung iba raw mga congressmen abot ng tig-P5B (We were there until 10 pm, explaining in so many words – they said they only get P1.5 billion worth of projects, other congressmen get around P5 billion),” Lacson said.

Lacson, during the bicameral conference, proposed the removal of the P8-billion ARMM funds from the DPWH budget. The amount was then transferred to the Commission on Higher Education to avoid a deadlock between lawmakers and senators. (READ: 2017 budget: CHED gets P8.3B for free tuition in SUCs)

“Change is coming? Maybe, pero (but) it’s pork allocations changing hands from LP congressmen to those from Mindanao,” the senator said.

The Supreme Court in 2013 declared as unconstitutional the Priority Development Assistance Fund or pork barrel.

Lacson hit the drop in the Calamity Fund, saying disaster victims won’t be able to get enough help from the government.

“What is unfortunate is that with massive devastations brought by recent calamities starting with (typhoons) Pablo, Yolanda, Karen, Lawin, Nina, to name some, most of the victims might be left to fend for themselves instead of getting sufficient assistance from the government,” the senator said.

“As then PARR, I recommended a funding of P167.8 billion and up to now, looking at the annual budget being appropriated for that purpose since 2014, the amount has been a trickle in the bucket compared to the total budget required,” he said.

“What is sad here is the thought of sacrificing the victims of calamities for political favors and alliances,” the senator added.

Lacson and Senator Sherwin Gatchalian were the only senators who voted against the ratification of the 2017 budget in the chamber, citing the continued existence of pork barrel as reason.

Lacson earlier said he might file a case before the SC to question the pork barrel included in the 2017 budget. – Rappler.com