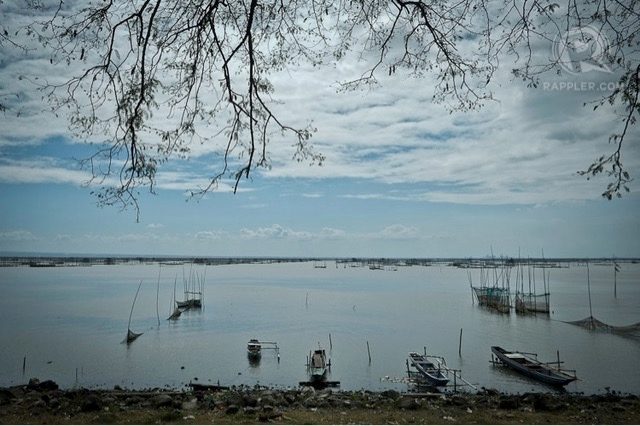 MANILA, Philippines – The Department of Environment and Natural Resources (DENR) will begin with its massive dismantling of Laguna Lake fish pens in January, starting with the “illegal” and “empty” ones.

“We will dismantle this month. There are many illegal fish pens there, start with the illegal ones. There are many illegal structures there already…. Sometimes the materials are not properly taken care of already. But right now, all of those have no permit anymore,” Environment Undersecretary Arturo Valdez told reporters after a press conference on Wednesday, January 4.

Starting this month, the DENR is imposing a moratorium on the issuance and renewal of fish pen and fish cage permits.

Valdez said the non-renewal of permits will give Laguna Lake a healing period of one year.

“We’ll see what will happen after that, if the lake will recover,” he added in a mix of English and Filipino.

Environment officials plan to meet with the Laguna Lake Development Authority (LLDA) within the week or early next week to review the list of fish pens that will be dismantled first.

“Definitely by next week, there will be activities there already…. It’s non-renewal, meaning, if you don’t have a permit, you’re illegal. If their permit has not been issued, they’re not operating legally. They can be dismantled anytime,” Valdez said.

With the daunting task before them – about 13,000 hectares of Laguna Lake are occupied by fish pens – the DENR is still encouraging fish pen owners to conduct self-demolition.

“You know, the dismantling of fish pens is not simple. There are posts there, that’s why it’s better for the owners to dismantle it themselves. If government dismantles it, it will take time. You take care of your materials, that’s expensive after all,” Valdez explained.

Data from the LLDA showed there were a total of 3,246 structures (fish pens and fish cages) in Laguna Lake as of December 2016.

The DENR dismantled some fish pens in December, but Valdez said there were owners who negotiated that they be allowed to harvest their fish first.

He said those who want to appeal the dismantling of fish pens should appeal to President Rodrigo Duterte, and not to the DENR.

“That’s the presidential instruction after all,” Valdez added.

As early as his State of the Nation Address in July 2016, Duterte bared his plans for the Laguna Lake, saying it would be transformed into a “vibrant economy” and a zone that will showcase ecotourism.

Environment Secretary Gina Lopez previously said she plans to restore Laguna Lake to its “original, pristine condition” after it has been crowded with fish pens for years. – Rappler.com