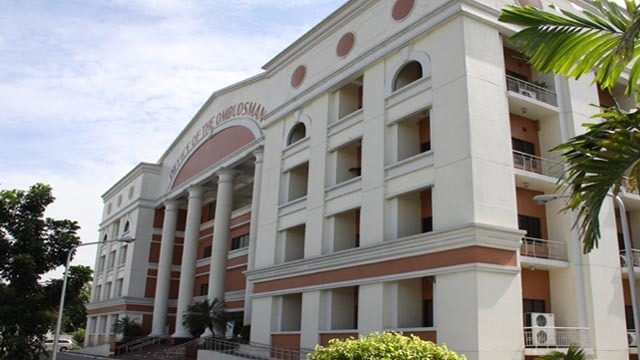 Facebook Twitter Copy URL
Copied
Kabayan Representative Harry Roque claims prosecutors are being paid off, resulting in the dismissal of high-profile cases by the Sandiganbayan

MANILA, Philippines – The Office of the Special Prosecutor (OSP) denied on Thursday, January 5, Kabayan Representative Harry Roque’s accusation that its personnel are being bribed to ensure that the Sandiganbayan dismisses graft cases against high-ranking officials.

Roque made the comment in an interview on DZMM, where the human rights lawyer turned legislator said “nagkakalagayan sa OSP” (prosecutors are being paid off), resulting in the dismissal of high-profile cases by the anti-graft court.

“We register our vehement objection to this unfounded and libelous statement as if [Roque] has personal knowledge of the ‘bribery.’ We challenge him to come out with the names of prosecutors tainted with this despicable reputation,” Special Prosecutor Wendell Barreras-Sulit said in a statement.

The OSP, as the prosecutorial arm of the Office of the Ombudsman, handles cases filed before the Sandiganbayan.

The anti-graft court recently dismissed high-profile cases for lack of evidence, the latest being the 5th Division’s acquittal of Senator JV Ejercito relating to the alleged misuse of San Juan’s calamity funds when he was still mayor.

Before that, the 2nd Division junked the plunder case against former agriculture undersecretary Jocelyn “Joc-joc” Bolante over the P723-million fertilizer fund scam, a decision which the Ombudsman sought to reverse on Wednesday, January 4.

The Sandiganbayan also dismissed the graft case against former Makati mayor Elenita Binay which stemmed from the alleged rigged bidding for the purchase of furniture and office partitions in 2000.

“As an office, we can be proud of our accomplishment and the records will show that in 2016, we have garnered a 70% conviction rate, as against the 30% which were unfortunately dismissed,” said Barreras-Sulit.

She added: “Even if our cases ended up in acquittal or dismissal, no one can, and should claim that we were ‘paid’ to drop our cases. We fought to the end, God is our witness, we gave our very best and sacrificed our time for our families to see to it that justice is served.” – Lian Buan/Rappler.com