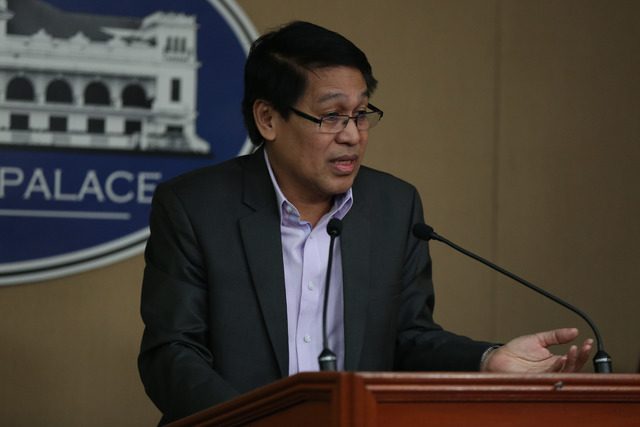 The dismissal order is in relation to the 1996 agreement between the Pamantasan ng Lungsod ng Maynila and the National College of Physical Education (NCPE) to operate diploma programs using PLM’s facilities, which was then later found to be irregular.

The Ombudsman said its investigation showed that Vitriolo is guilty of grave misconduct, gross neglect of duty, incompetence, and inefficiency; and that he violated the Code of Conduct and Ethical Standards for Public Officials and Employees for failing to investigate and stop NCPE’s diploma programs.

Public funds were wasted as a consequence, Morales said. PLM is a municipal government-funded institution.

“(There were) 703 students who also had to suffer financial reverses for spending time and money for an education that was worthless in the eyes of the law,” Morales said in a statement.

“Any public official who transgresses the standards for good public service or causes such transgression must bear the consequences,” she added.

Vitriolo said he was taken aback by the Ombudsman’s decision but expressed confidence that it will be reversed.

“I was surprised with the decision of the Ombudsman because I believe there were considerations that were not taken into account,” he said in a text message to Rappler.

“The decision is not yet final and we will definitely appeal said decision. I firmly believe that upon proper review the findings will be set aside.”

The memorandum of agreement (MOA) between PLM and NCPE was suspended in 2008 when the Commission on Audit reported irregularities in the program – it was not approved by PLM’s Board of Regents and it did not undergo public bidding.

Morales said Vitriolo not only failed to act on requests to investigate the diploma program, he also allowed the release of the graduates’ transcript of records in 2010 despite the MOA suspension.

“By sheer inattention to communications addressed to him, the respondent showed not even the slightest care about requests from the public,” the Ombudsman added.

It was not the first time for Vitriolo to commit an administrative offense. Based on Ombudsman records, Vitriolo was meted a one-month suspension without pay in May 1999 for “signing a memorandum when he had lost the authority to do so.”

Licuanan has said she intends to serve her full term as CHED chair until 2018 and continues to do her duties despite being barred from Cabinet meetings.

“Licuanan can no longer be effective in view of irreconcilable differences as well as her failure to tender her courtesy resignation which is tantamount to gross insubordination as mandated by MC 4, thus constituting serious grounds for the loss of trust and confidence in her as Cabinet secretary,” Vitriolo told the President.

On Friday, January 6, CHED’s Licuanan gave assurances the commission “will comply with the Order of the Office of the Ombudsman.”

She said in a statement: “We have already directed our Human Resource Development Division to ensure that the Ombudsman’s order is strictly enforced and properly implemented, noting that, consistent with the law, rules, and jurisprudence on the matter, such an order is immediately executory and ought to be implemented upon receipt.”