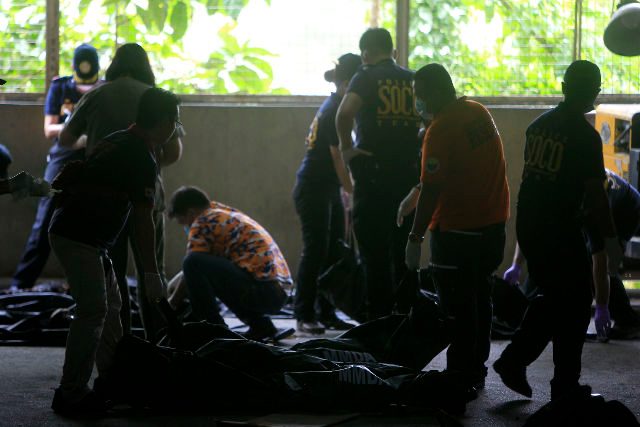 Facebook Twitter Copy URL
Copied
Prosecutors say the anti-graft court 'overlooked some facts and circumstances which, if taken into account, would have led the court to a different conclusion'

MANILA, Philippines – The Office of the Ombudsman petitioned the Sandiganbayan Second Division to reverse a December resolution that dismissed charges against Valenzuela City Mayor Rexlon Gatchalian and two other city officials over the Kentex factorr fire of May 2015.

The anti-graft court’s division said it found no probable cause to convict the respondents of graft and reckless imprudence resulting in multiple homicide and physical injuries.

In an 18-page motion for reconsideration, the prosecution requested the court look into the evidence again, saying there was enough basis to proceed to trial, and to hold the defendants liable.

The prosecution added, “Apparently, the Honorable Court overlooked some facts and circumstances which if taken into account would have led the court to a different conclusion.”

This is the 3rd time the Ombudsman has asked for the reversal of a high-profile acquittal. This follows requests to reverse the acquittals of former agriculture officials – including former Undersecretary Jocelyn Bolante – over a fertilizer fund scam worth P723 million. (READ: Sandiganbayan junks Joc-joc Bolante plunder case)

Joseph Victor Ejercito and his 5 co-accused were also acquitted in a graft case.  (READ: JV Ejercito, 5 others acquitted of graft)

The Sandiganbayan, in its earlier decision, said it wasn’t the responsibility of Gatchalian or of the two other defendants –  Business Permits and Licensing Office (BPLO) chief Renchi May Padayao, and BPLO licensing officer Eduardo Carreon – to make sure businesses comply with fire safety measures before approving business permit applications.

Instead, it said, that responsibility fell on the shoulders of the Bureau of Fire Protection (BFP) – which is bound by law to implement the 2008 Revised Fire Code of the Philippines.

It also said the BFP was responsible for implementing the Fire Safety Inspection Certificate (FSIC), and was obliged to tell LGU officials of compliance or violation with fire safety codes.

Contrary to the finding of the court, prosecutors argue, the FSIC submission was not waived as a requirement for the issuance of business permits as the intent of Ordinance Number 62, Series of 2012, was simply to streamline the process of business licensing.

Prosecutors added: “Nowhere in (the) Ordinance…does it provide that Kentex is entitled to the business permit even without the required FSIC. In fact, what it ordains is the speedy and simplification of the business-related application processes and at the same time providing therein measures for the strict compliance with applicable statutes.”

The ordinance also says full observance by applicants of safety and sanitation requirements is presumed. A post-audit is still mandatory, however, after the issuance of the business permit to determine if violations exist.

The prosecution continued by stating the ordinance could not take precedence over the requirements of the Fire Code of the Philippines. Unlike the ordinance, the Fire Code is a national law requiring FSIC compliance before any business permits are issued. The absence of any record of FSICs for 2014 and 2015 being issued to Kentex, they add, should be seen as proof of the graft case against the defendants.

Based on Ordinance No. 62, a post-inspection should have shown issues with the factory’s set-up as early as 2014.