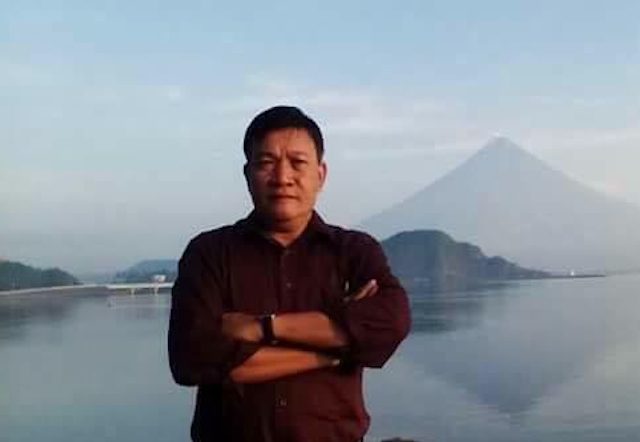 Facebook Twitter Copy URL
Copied
(UPDATED) Mario Contaoi, an instructor at the University of Northern Philippines for the last 25 years, is attacked by motorcyle-riding men in Magsingal town

MANILA, Philippines (UPDATED) – A radio announcer was attacked by motorcycle-riding men on Friday night, January 6, and died the next morning, media reports said.

Mario Contaoi, a radio announcer for dzNS in Vigan City, was shot by a tandem riding a motorcycle late Friday night in San Ramon in Magsingal town in Ilocos Sur.

DwRS Vigan reported that Contaoi was declared dead at the Magsingal District Hospital at 3 am on Saturday, January 7.

Contaoi, an instructor at the University of Northern Philippines, was riding his motorcycle when he was shot by the men who were behind him. He had just come from his fishpond where he met his friends.

Contaoi taught at the University of Northern Philippines for 25 years.

Local station dzTP reported that no motive had been established yet for the attack.

(Another journalist died again after being ambushed for unknown reasons by unidentified men. We are calling on the Philippine National Police and National Bureau of Investigation to focus on the probe into the death of Mario Contaoi, a radio announcer and professor of 25 years at the University of Northern Philippines. Let us give justice to our partners in the media who report the truth.) – Rappler.com