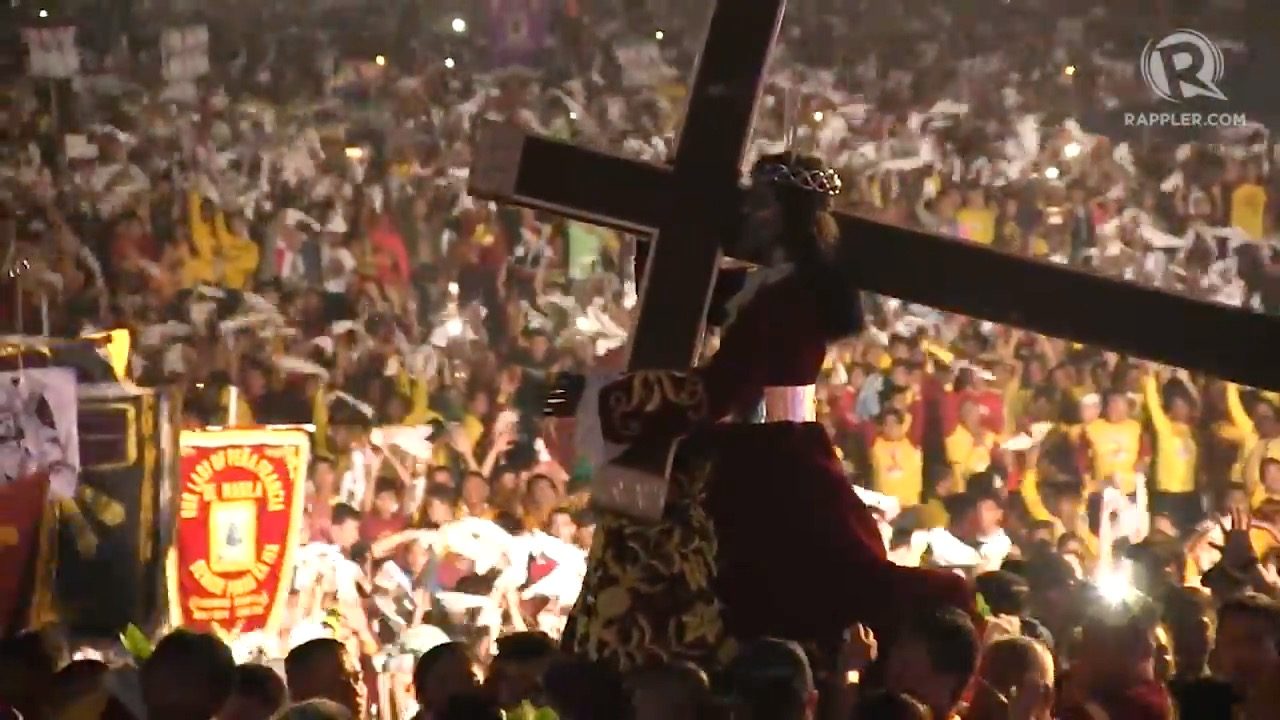 MANILA, Philippines (3rd UPDATE) – Hundreds of thousands of Black Nazarene devotees on Monday, January 9, held their annual procession in Manila to take part in one of the Philippines’ biggest religious festivals.

The Black Nazarene procession – “Traslacion” – left the Quirino Grandstand at 5:28 am Monday, with the police estimating the initial crowd to be at close to half a million.

As of 3 pm, the image of the Black Nazarene was in the area of Arlegui and Palanca streets.

Police estimate the crowd to be at 1.35 million people. Around 28,500 more are in the area of the Quiapo Church.

Quiapo’s Black Nazarene procession, held annually every January 9, attracts devotees from all walks of life because the image of the suffering Christ is supposedly miraculous. Up to 8 million Catholics are drawn to the procession each year, few of them discouraged by reported mishaps, injuries and even deaths.

The devotees defied a terror threat announced by government officials days before January 9. Close to 3,000 cops and more than 400 soldiers have been deployed to secure them.

The procession also comes as the Catholic Church faces an unprecedented challenge posed by the killing of more than 6,000 Filipinos in the current administration’s war on drugs.

One of the devotees, 51-year-old Remedios Ocampo, earlier told Rappler that her 24-year-old nephew was killed by policemen for reportedly resisting arrest. Ocampo said she will pray for her nephew when she joins Monday’s procession. (READ: Devotees mark Nazarene feast in time of killings)

Addressing a polarized country on the eve of the “Traslacion,” Manila Archbishop Luis Antonio Cardinal Tagle urged Filipinos not to judge each other, saying “division is often the effect of prejudice.” The procession will return to the Minor Basilica of the Black Nazarene, also known as the Quiapo Church.

Cloaked in a maroon robe, crowned with thorns, and bearing a cross, the Nazarene statue was brought to Manila by Augustinian priests in 1607, decades after the start of Spain’s colonial rule.

It was believed to have acquired its color after being partially burnt when the galleon carrying it caught fire on a voyage from Mexico, another Spanish colony at the time. 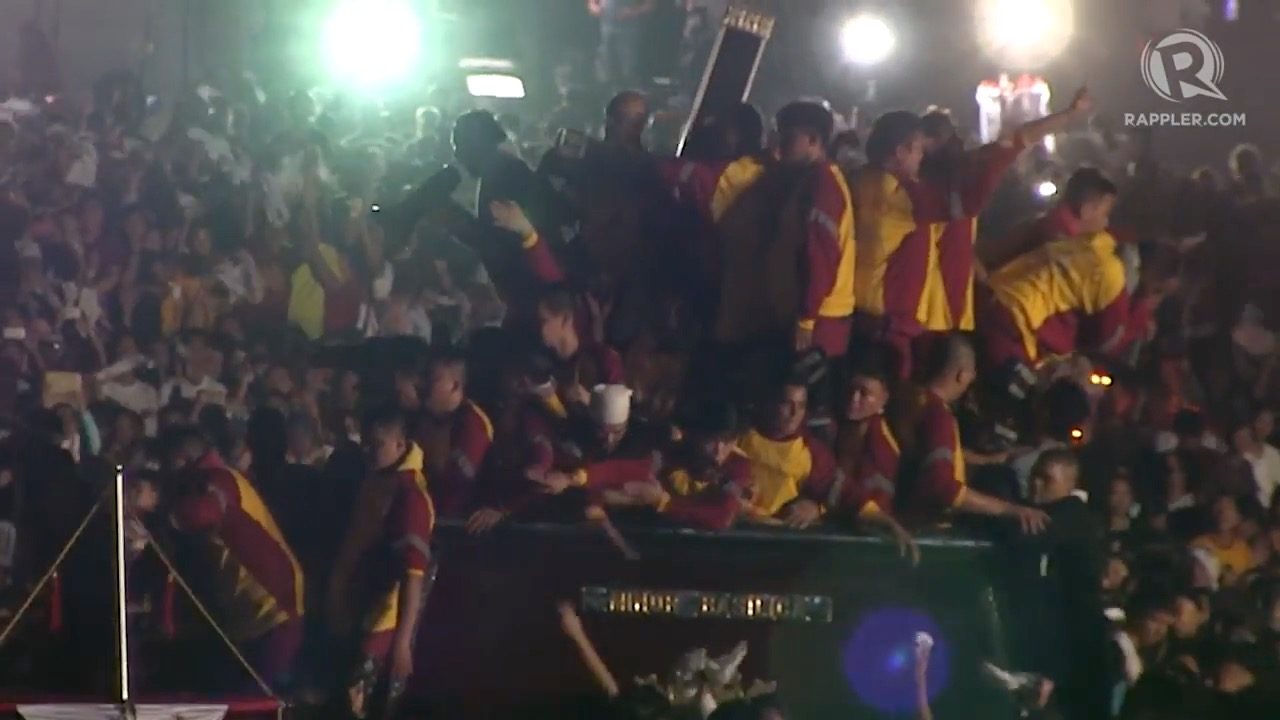 For centuries, devotees have prayed before the miraculous image of the Black Nazarene.

Many of them coming from poor families, devotees pray for things that seem impossible. (READ: Making sense of the Nazareno devotion) – with reports from Paterno Esmaquel II and Bea Cupin/Rappler.com