LIST: Duterte appointees who took their oath on January 9, 2017 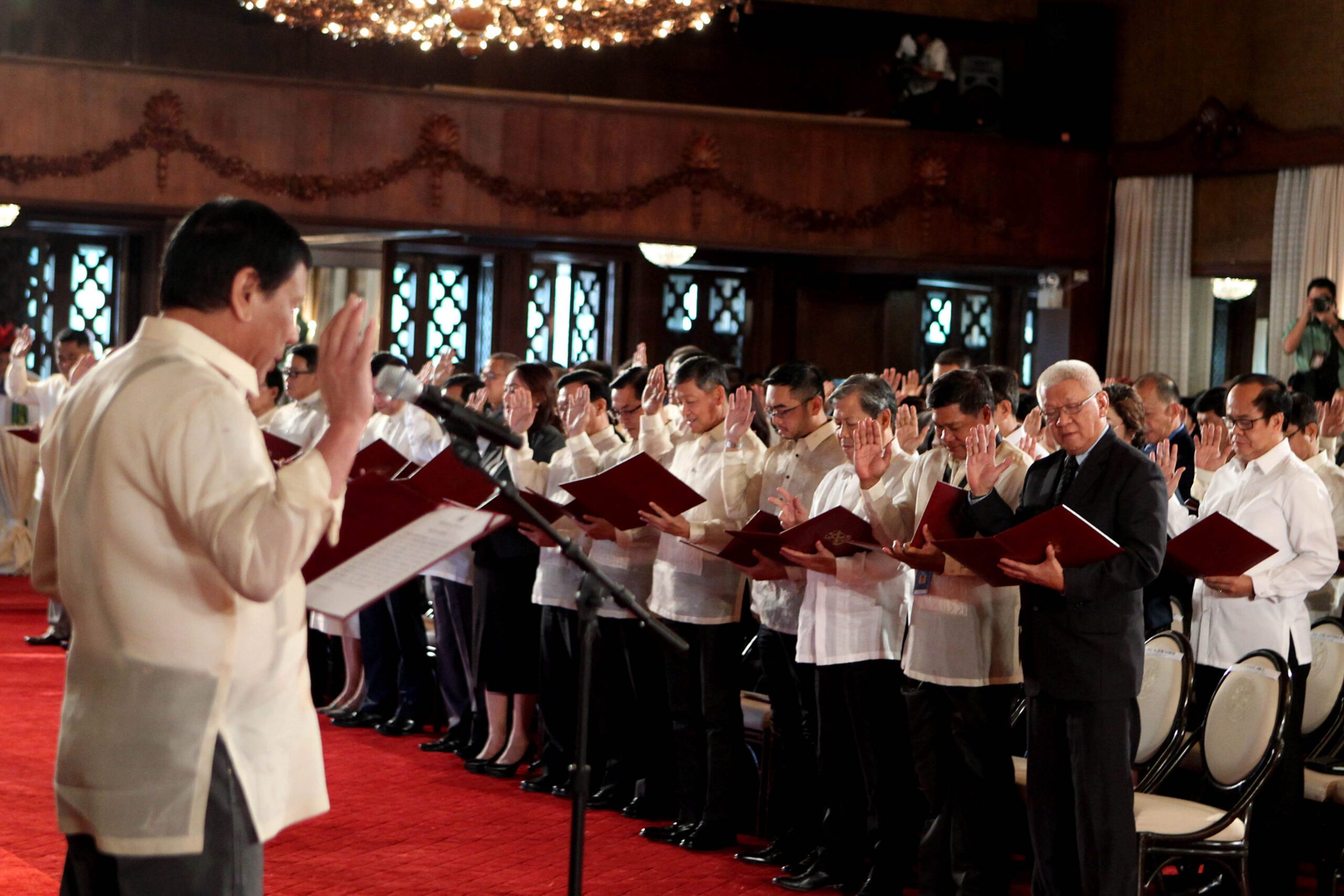 MANILA, Philippines – President Rodrigo Duterte administered the oath of office of over 200 new government officials on Monday, January 9, among them blogger Mocha Uson as board member of the Movie and Television Review and Classification Board (MTRCB) and new Light Rail Transit Authority (LRTA) Administrator Reynaldo Berroya.

A former Davao City administrator, Wendel Avisado, took his oath as Presidential Assistant. So did former Davao City vice mayor Luis Bonguyan who became a member of the board of directors of the Development Bank of the Philippines (DBP).

Jose Gabriel “Pompee” La Viña, who was active in the Duterte campaign’s social media operations, was sworn in as member of the Social Security System (SSS), representing the Employers’ Group.

Emmanuel Diwa Pineda, chairman and administrator, Authority of the Freeport Area of Bataan

Development Bank of the Philippines

Land Bank of the Philippines Movie and Television Review and Classification Board Presidential Commission for the Urban Poor

Department of Information and Communications Technology

Department of the Interior and Local Government

Department of Labor and Employment