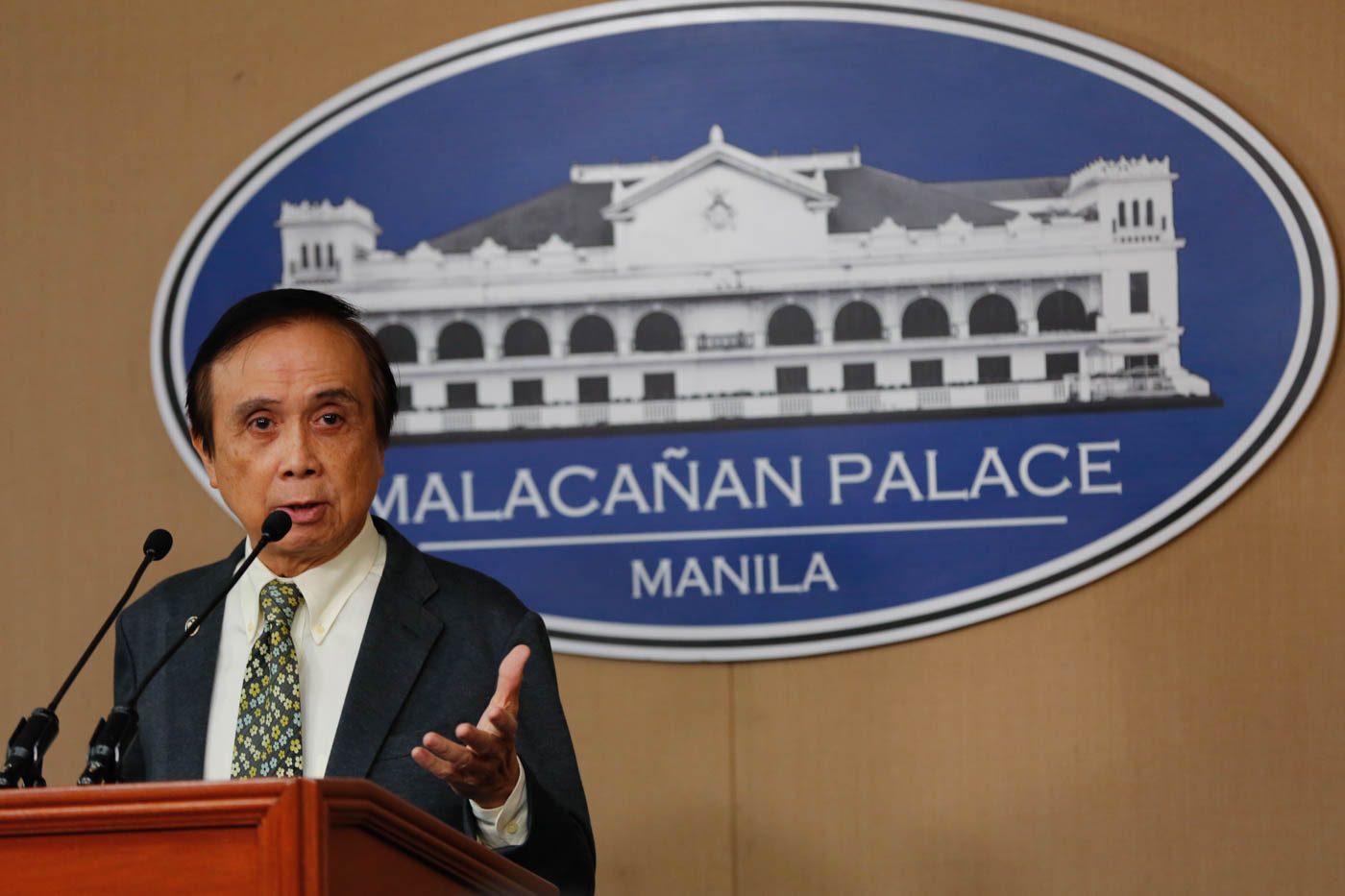 MANILA, Philippines – Socioeconomic Planning Secretary Ernesto Pernia said on Wednesday, January 11, that the recently-signed Executive Order on family planning  is expected to “pressure” the Supreme Court to finally rule on the petition against contraceptive implants.

“This EO will pressure the Supreme Court to stop dillydallying on this TRO. A year and a half is too long to wait,” Pernia said at a Palace news briefing on Wednesday, January 11.

Acting on a petition filed by the Alliance for the Family Foundation Philippines, the Court on July 1, 2015, issued a temporary restraining order on the health department’s distribution and sale of implants. A year earlier, the Court ruled the reproductive health law as constitutional.

President Rodrigo Duterte signed EO No 12, which ensures zero unmet needs for family planning in the country, on January 9.

EO 12 seeks to do this “through the strict implementation of the responsible parenthood and Reproductive Health Act” by providing funds and other forms of support.

“It’s (The EO is) just telling the public, including the Supreme Court, that we cannot stand, the government cannot continue to tolerate this delay in judgement,” said Pernia.

The official regretted how the Court gave in to petitions by supposed “pro-life” groups to impose a TRO that bars government from procuring and distributing the hormonal contraceptive Implanon and Implanon NXT.

This relatively inexpensive contraceptive implant can prevent pregnancies up to 3 years.

Pernia called on the High Court not to let a “small, noisy minority” dominate the many who want the law fully implemented.

Duterte’s EO basically orders government to work with other sectors to ensure the RH law lives up to its purpose despite the TRO.

“All women of reproductive ages should be able to achieve their desired family size rather than having more children than they want or can afford or provide for inadequately,” said Pernia.

A way ‘around TRO’

“In fact with the EO, there might be some municipalities or local governments that can get around the TRO by letting NGOs implement [programs],” said Pernia.

Indeed, the EO orders the Department of Health, Commission on Population, and Department of the Interior and Local Government to “engage, collaborate, and partner with civil society organizations and private sector.”

The same agencies are instructed to map out and identify the locations of couples and persons who need modern family planning.

Pernia, an economist specializing in population, underlined the critical connection between the effective implementation of family planning and a country’s economic growth.

“If we don’t implement the RPRH law fully, which was declared by the President in the SONA, then we are going to be unable to meet our poverty reduction target, from 21.6% to 14% or 13% by the end of the Duterte administration,” said Pernia.

Full implementation of the law could lower the population growth rate to 1.4% from the current 1.7%, said Commission on Population Executive Director Juan Antonio Perez III.

Other benefits would be the reduction of maternal deaths and teenage pregnancies.

Eleven women die in the country every day from complications in pregnancy and delivery, according to NEDA statistics.

The number of women who use contraceptives in the Philippines is also alarmingly low, said Perez.

Contraceptive prevalence rate in the country is only at 40% compared to 75% in Bangladesh. The government’s goal is to raise the figure to at least 65%. – Rappler.com