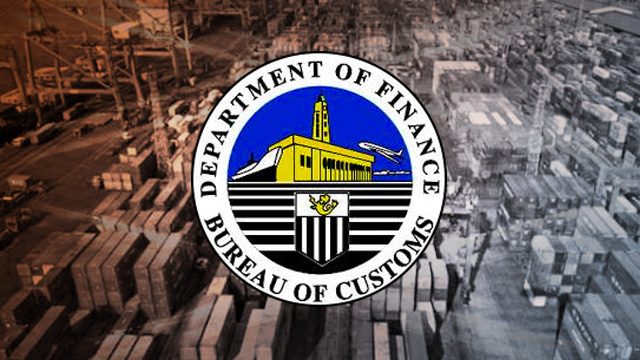 Facebook Twitter Copy URL
Copied
Commissioner Nicanor Faeldon says the Bureau of Customs has a lot of house cleaning to do with about 11,000 brokers and importers more

]MANILA, Philippines – The Bureau of Customs has blacklisted 71 out of thousands of accredited brokers and importers for allegedly engaging in “illicit trade” with BOC employees.

In revealing the list on Friday, January 13, Commissioner Nicanor Faeldon said only a small of number of brokers and importers are initially banned because there were no records of transactions since 2011 and until before President Rodrigo Duterte’s administration started. He said the investigators had to manually search the information they needed.

“We will be delisting importers and brokers who have been practicing illicit trade in the Bureau of Customs for the past 6 years,” he said.

“We have 11,000 importers. We have to clean [up their roster]. They are the ones who destroy the image of the Bureau of Customs,” Faeldon said in a mix of English and Filipino. “Part of the cleaning is [weeding out] the people transacting with the bureau, not just those who are working here.”

On the list are customs brokers and importers operating at the Manila ports – the Port of Manila and the Manila International Container Port. They have allegedly been undervaluing and misdeclaring their shipments at least since July 2016.

“They are permanently delisted until proven otherwise,” Faeldon said. “They have to prove that the malpractice was unintentional.” l

The customs chief said the bureau will file criminal cases against these brokers and importers if evidence so warrants.

“We will study all these in the next 6 months. If they erred only once, we might give them reconsideration,” he said. – Rappler.com