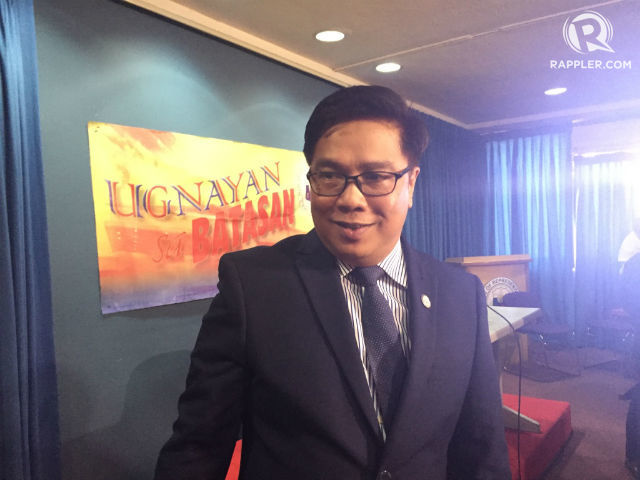 MANILA, Philippines – After getting flak online, AKO Bicol Representative Rodel Batacobe said on Monday, January 16, that he will no longer be pushing for new taxes on cosmetic products, stressing he won’t get in the way of Filipinos’ “happiness.”

(If Filipinos don’t like it, because I’ve been seeing the comments of netizens… They’re saying, ‘Why tax this… #DontTaxMyBeauty.’ I said, if they don’t really like it, then let’s not push for it.)

Batocabe and Quezon City 2nd District Representative Winston Castelo had filed House Bill Number 4723 on January 11, which would amend Section 150 of the National Revenue Code to impose a 30% tax on cosmetic products.

The bill defines cosmetic products as “any substance or preparation intended to be placed in contact with the various external parts of the human body or with the teeth and the mucous membranes of the oral cavity, with a view exclusively or mainly to cleaning them, perfuming them, changing their appearance and/or correcting body order, and/or protecting the body or keeping them in good condition.”

Batocabe has since received flak online, with furious netizens campaigning against the bill through the hashtag #DontTaxMyBeauty.

On Monday, Batocabe said in Filipino that he “will not support” the bill anymore after assurances from Budget Secretary Benjamin Diokno that the government has enough funds for services.

The lawmaker asked the public not to worry as he will not get in the way of their happiness to make themselves more beautiful.

(We will not support this anymore since Budget Secretary Benjamin Diokno said the government has enough funds. We don’t need petrol tax. If we don’t need that, then I won’t push for my bill anymore. So don’t worry. I will not remove your happiness to become beautiful.)

Part of the Department of Finance’s first batch of tax reforms is increasing the excise tax on fuel.

Diokno already told the Philippine Star that imposing a 30-percent tax on cosmetic products cannot substitute for the proposed excise tax on fuel. He said the vanity tax is “based on a narrow base and elastic,” making it easy to avoid. – Rappler.com