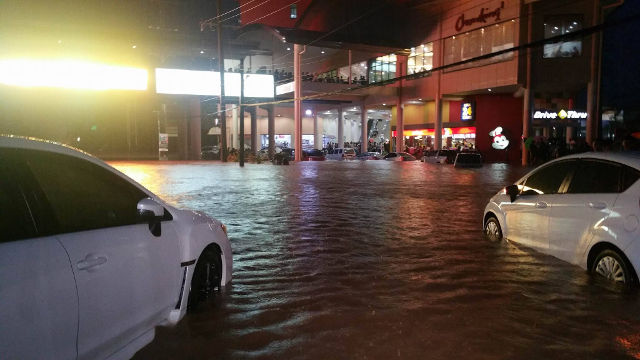 As of 6:30 pm, heavy rains that lasted for more than 3 hours submerged streets and major thoroughfares in the city, rendering them impassable to vehicles.  (Nonstop rains also triggered floods in Cebu and Leyte.)

In Camaman-an Elementary School, for instance, pupils who were trapped inside their classrooms had to be rescued by the CDRRMD’s Urban Search and Rescue unit and other responders as floodwaters spread throughout the campus.

Students who were still in campus were also told to proceed to the upper floors of school buildings until the water receded.

The billing department of the city government-run J.R. Borja General Hospital in Carmen and the Capitol University Medical Center emergency room in Gusa were flooded as well.

Power supply in the city was cut off by the Cagayan de Oro Electric Power and Lights Company. 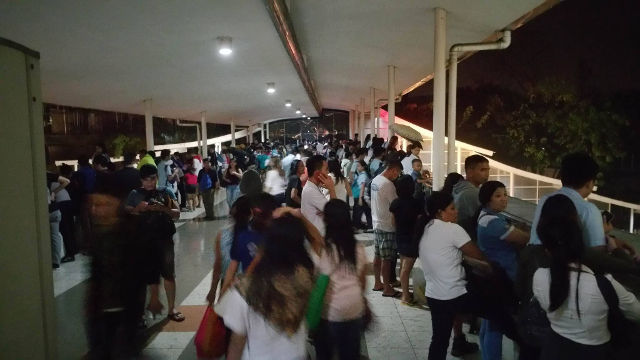 The basement parking of a mall at CM Recto Avenue and Corrales Street was filled with floodwater as vehicles were floating.

The area outside a mall near Bitan-ag Creek, an area usually inundated by floodwaters, was flooded, even though that part of CM Recto Avenue was already elevated. 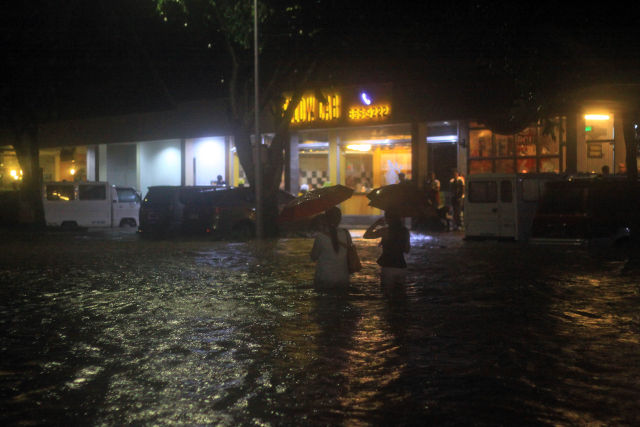 According to a CDRRMD report, portions of barangays Camaman-an, Patag, Carmen, and some urban barangays, were also flooded. 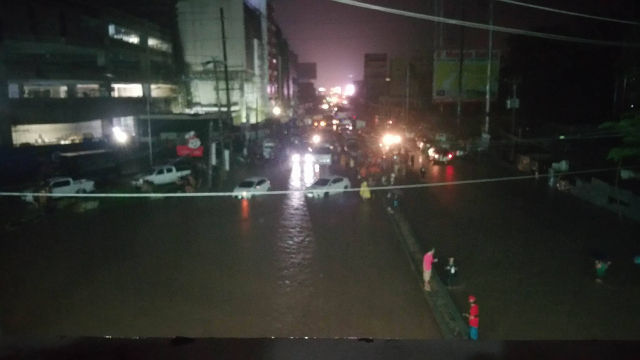 The City Social Welfare and Development (CSWD) meanwhile reported that as of Monday evening, 68 families or 416 individuals in Macasandig sought temporary shelter at the village covered court. Other residents in other affected barangays spent the night in their respective evacuation areas.

Responders from various government agencies such as the Philippine National Police (PNP) and the Bureau of Fire Protection, among others, were deployed to rescue stranded persons. 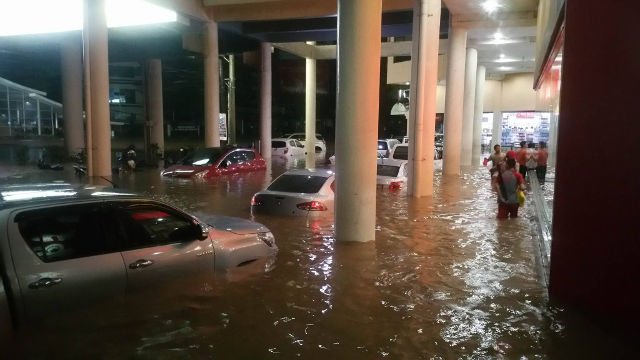 Military trucks have been dispatch to rescue residents.

No casualty was reported and authorities had yet to assess the damage caused by the flash flood.

The Philippine Atmospheric, Geophysical, and Astronomical Services Administration (Pagasa) included Northern Mindanao as one of the regions affected by the LPA and tail-end of the cold front. – Rappler.com