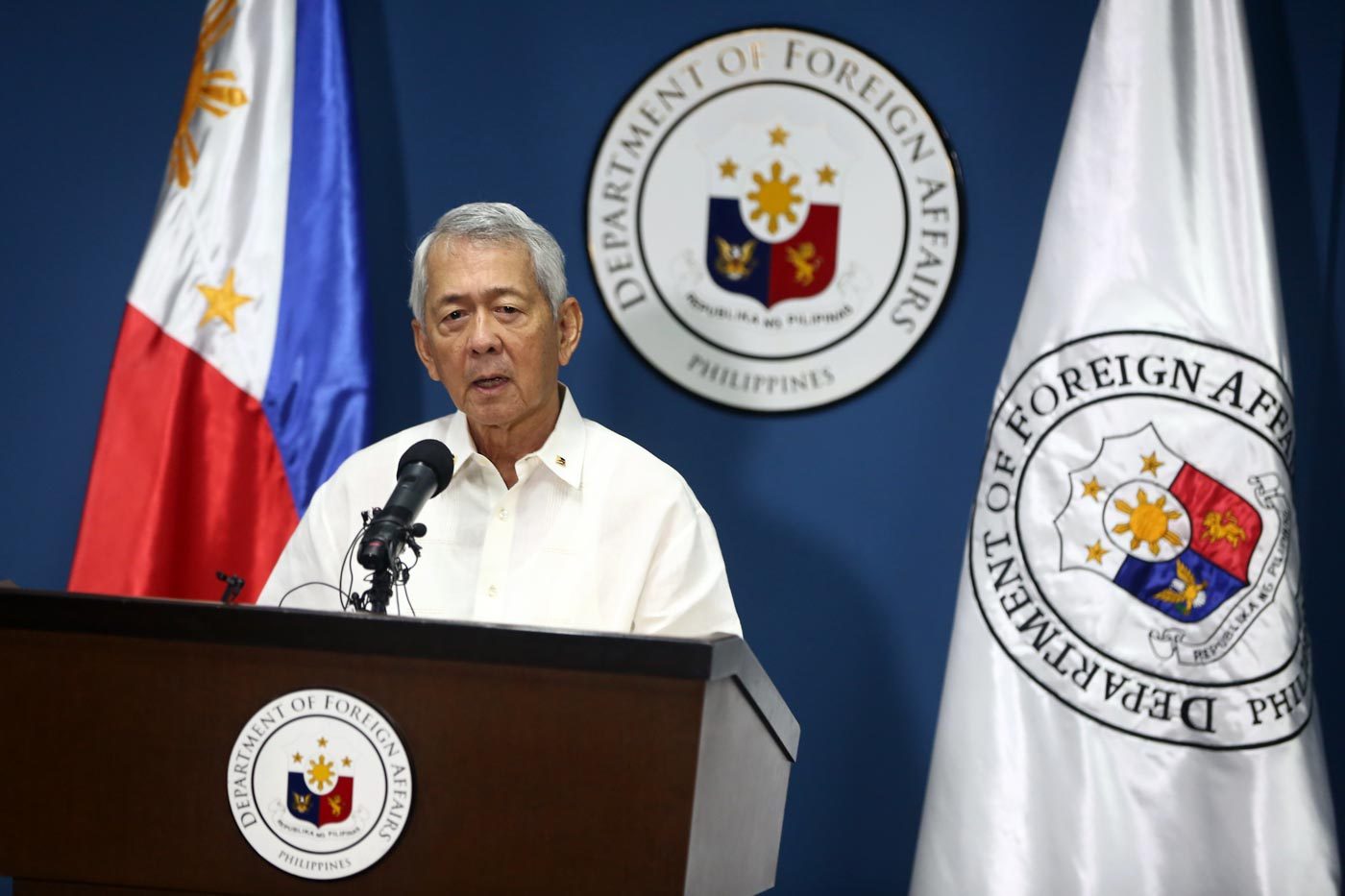 The separate diplomatic protests were filed over Chinese activities on Scarborough Shoal and its reported installation of weapons on reefs-turned-islands in the Kalayaan Group of Islands (Spratlys).

“In my watch, I do recall having issued 3 or 4,” Yasay told Pinky Webb of CNN Philippines on Monday, January 16. It is not clear when these low-key diplomatic protests were filed, however.

Yasay was responding to questions about the actions that the country has taken to protect claims in the West Philippine Sea, especially in light of a report by the Center for Strategic and International Studies that Beijing appeared to have installed weapons on islands in the disputed territory.

The revelation is a surprise considering Yasay’s repeated statements that the Philippines will not protest China’s activities in the West Philippine Sea as the country seeks to forge better relations with the military superpower.

“You see these are things that I wouldn’t even want to discuss here. But I just would like to assure the Filipino people that when we take action and engage China in this dispute, we don’t want to take such aggressive provocative actions. That will not solve the problem. We cannot engage China in a war,” Yasay said.

The administration of President Rodrigo Duterte was able to talk to China to allow Filipino fishermen back in Scarborough (Panatag) Shoal, the site of a tense standoff between Manila and Beijing in April 2012 that resulted in the Chinese Coast Guard’s occupation of the rocky sandbar off the coast of Zambales province.

“I have issued a lot of note verbales as far as the Scarborough (Panatag) Shoal is concerned. But let’s just do it very quietly. The first and foremost thing we must remember is we have to talk. We have to assert ourselves when we talk and make sure that we will not be repeating the same things that can only serve to heighten tension,” Yasay said.

Yasay did not state what Chinese actions in Scarborough he protested, but there were previous reports that the Chinese Coast Guard continues to challenge Philippine patrols over the area

Yasay believes that better relations between the 2 countries stopped China from also turning Scarborough Shoal into one of its artificial islands.

“We continue to talk with China. As you can see what is happening in Scarborough, any fear about converting the area into an artifical island has been stopped. Our fishermen have free access to that area,” Yasay said.

China has reclaimed 7 other reefs that are now believed to be full-fledged military outposts because of the construction of runways and and the installation weapons, including missiles.

Yasay said a separate note verbal was filed to protest the reported installation of weapons on China’s artificial islands.

“Whenever there are reports about the buildup of weapons systems in the area during our watch, we make sure that the interests and rights of the Philippines are properly addressed and protected,” Yasay said.

He said the government is particularly worried about Mischief (Panganiban) Reef, which, like Scarborough Shoal, is inside the country’s 200 nautical mile exclusive economic zone under the United Nations Convention on the Law of the Sea (UNCLOS).

“Our problem really is Mischief Reef because these facilities have been completed long before President Duterte assumed office and there’s nothing we can do about it,” Yasay said.

The previous Aquino administration took China to court over its activities in the West Philippine Sea. The UN-backed Permanent Court of Arbitration dismissed China’s sweeping claims over the disputed seas, but Beijing refused to recognize the ruling. – Rappler.com