US Homeland Security thanks PH for helping catch pedophile

Jan 18, 2017 6:50 PM PHT
Rappler.com
Facebook Twitter Copy URL
Copied
Agents of the Philippines' Department of Justice are commended for assisting US authorities in the case of American Calvin Bernhardt, who was convicted of child pornography and child exploitation 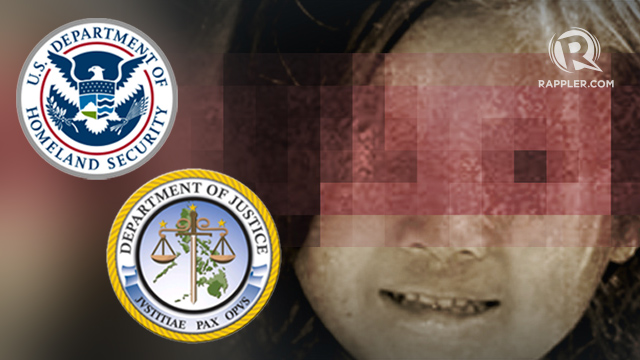 MANILA, Philippines – The United States’ Department of Homeland Security commended the Philippines’ Department of Justice (DOJ) on Wednesday, January 18, for efforts that led to the arrest an American national – Calvin Bernhardt – who was involved in child pornography and child exploitation.

Bernhardt was captured in North Dakota for exploiting Filipino children online. The 54-year-old American was later convicted by a US federal court of 5 counts of child pornography and child exploitation.

“This is a validation of our efforts to protect our children from the evils of exploitation and pornography,” Aguirre said.

“Our Filipino youth [have] always been and will always be, the hope of our future. They are our future. The DOJ will support all efforts to protect them. Let this be a warning to preying pedophiles, we will come after you.”

In May 2016, agents from the National Bureau of Investigation-Anti-Human Trafficking Division (NBI-AHTRAD) and the DOJ-Office of Cybercrime (DOJ-OOC) launched an operation resulting in the arrest of a woman allegedly pimping her 15-year-old daughter to Bernhardt.

Information from the National Center for Missing and Exploited Children (NCMEC), a US-based non-governmental organization helping to identify and rescue victims of child pornography and child sexual exploitation around the world, prompted the operation by Philippine agents.

According to a report received by the DOJ-OOC, Bernhardt persuaded the victim to send explicit photos of herself through private messages. Bernhardt was later found to have been sending money to the victim’s mother in exchange for photos of her daughter.

In October 2016, Bernhardt was found guilty of the following charges:

He faces up to 25 years in prison. – Rappler.com