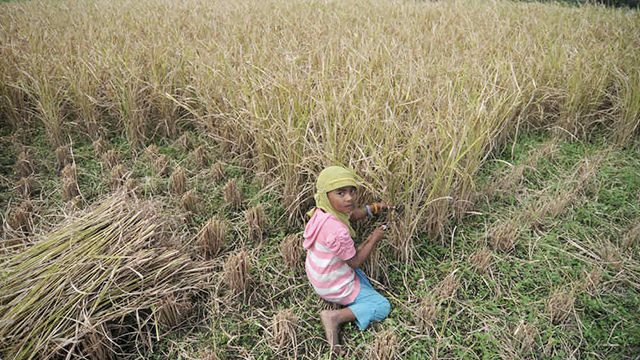 Facebook Twitter Copy URL
Copied
The agriculture sector, which employs more than 85,000 children, has the highest incidence of child labor in the country

MANILA, Philippines – Labor Secretary Silvestre Bello III ordered more prohibitions for minors in the agriculture and livestock farming sectors, as part of the government’s efforts to curb child labor in the country.

Bello’s Department Order No. 149-A, issued on Tuesday, January 17, classifies farming-related work as hazardous and considers it one of the worst forms of child labor.

The order also reiterated the ban on employing children in activities such as clearing of land, plowing, harrowing, irrigating, constructing paddy dikes, and cutting.

Also prohibited are tasks in the post-harvest stage of production, specified as:

Meanwhile, in livestock farming, the following activities are declared as hazardous:

The order also strictly prohibits minors from working in slaughterhouses.

Based on the Listahanan database of the Department of Social Welfare and Development (DSWD), the agriculture sector has the most number of child laborers at 85,570.

The DSWD and DOLE, in partnership with the International Labor Organization (ILO), vowed last January 12 to free one million kids from child labor through their campaign #1MBatangMalaya. This campaign seeks to achieve the Sustainable Development Goal (SDG) of ending child labor by 2025. – Rappler.com