Jan 20, 2017 7:48 AM PHT
Rappler.com
Facebook Twitter Copy URL
Copied
Negotiators of the government and the communist National Democratic Front of the Philippines are in Rome for the 3rd round of talks 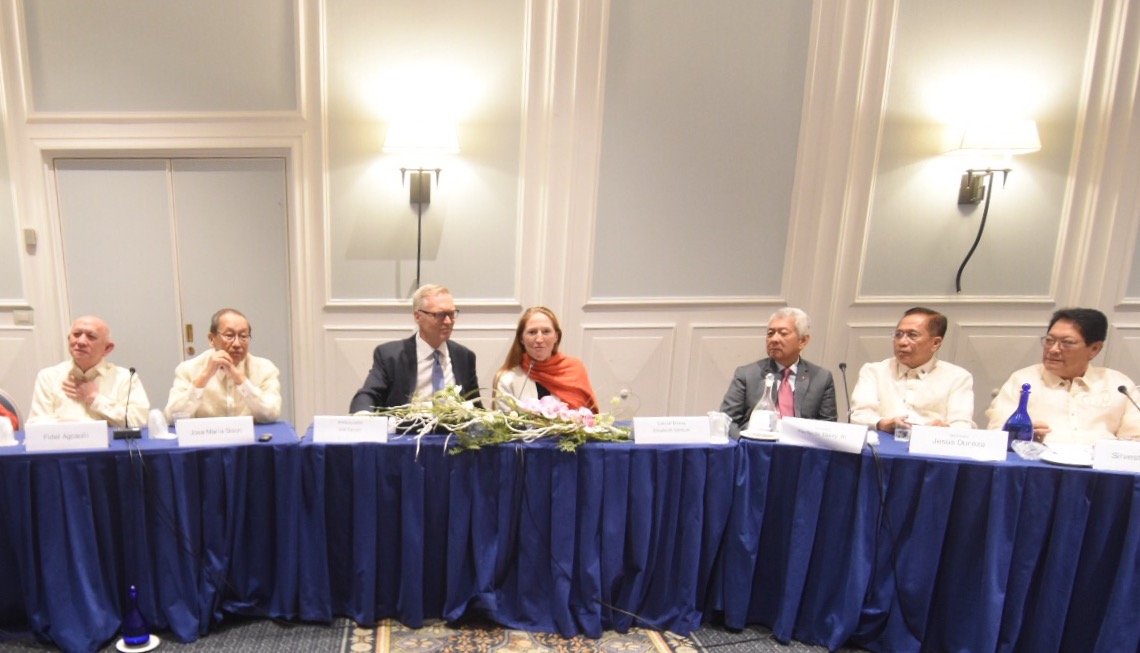 MANILA, Philippines (Updated) – At the opening of the 3rd round of peace talks with the government, the communist National Democratic Front of the Philippines (NDF) formally raised concerns over President Rodrigo Duterte’s war on drugs and his decision to bury former President Ferdinand Marcos at the Libingan ng mga Bayani last year.

NDF chief political consultant Jose Maria Sison said on Thursday, January 19, that these two are among the issues hurting the peace talks because they violate the previously signed Comprehensive Agreement on Respect of Human Rights and International Humanitarian Law (CARHRIHL).

The NDF has extended the timeline of talks with the government as it began to raise questions about Duterte’s sincerity. (READ: NDF not ready to sign final peace deal before 2020)

Sison said the NDF is “seriously concerned” with the way Duterte’s “Oplan Tokhang” – where the police literally knock on homes of suspected users and pushers to persuade them to surrender – has been used by government forces to abuse the ceasefire with the New People’s Army.

NDF chief negotiator Fidel Agcaoili, in an earlier interview on Rappler Talk, said Duterte’s war on drugs has become a “war against the poor.” The campaign against illegal drugs is linked to about 6,000 deaths, including victims mistaken as drugs pushers or users.(WATCH: Rappler Talk: Fragile talks with the Philippine left)

Agcaoili lamented that most of the victims of the war on drugs come from the lower rung of society, many of them, he said, could still be rehabilitated. He asked what happened to the generals that Duterte named as protectors of the illegal drug trade. He also asked about Peter Lim, whom Duterte named as a drug lord.

The NDF also demanded assurance from Duterte that the victims of martial law will get justice from the government amid the “apparent political rehabilitation” of the late president Marcos.

“In view of the apparent political rehabilitation of the fascist dictator Marcos with his burial in the Libingan ng mga Bayani, the NDFP has been concerned about adverse consequences to the provisions in CARHRIHL for justice and indemnification of the victims of human rights and violations during the Marcos regime,” said Sison.

“It seeks an assurance from President Duterte and the GRP that said provisions will continue to be respected and complied with,” Sison added.

The Philippine Left organized in December 2016 a massive rally protesting the burial of the late Philippine dictator at the Heroes’ Cemetery even as they maintained that they generally still supported his administration.

Agcaoili, during the Rappler Talk interview, also raised concerns about the recount on the 2016 vice-presidential race based on the complaints of defeated candidate former Senator Ferdinand Marcos Jr. He said it appears to be a scheme to rehabilitate the Marcoses.

Agcaoili also questioned Duterte’s repeated pronouncements about his debt of gratitude to Ilocos Norte Governor Imee Marcos for donating to his campaign, saying many in the revolutionary leadership also supported his campaign.

“Marami siyang pinangako noong eleksyon. Bakit ‘yan lang tutuparain niya nang tuloy tuloy (He promised a lot during the campaign period. Why is he fulfilling only that kind of promise)?” said Agcaoili.

The NDF is protesting delayed releases of about 400 more political prisoners, demanding the fulfillment of a government commitment that they will be granted amnesty. The government panel assured the NDF that they will be released but said the judicial process takes time.  (READ: Backchannel talks to protect ceasefire with Reds)

The 3rd round of talks in Rome will begin detailed discussions on the proposed reforms to the country’s socio-economic policies, political systems, and the 1987 Constitution.

The government also seeks to sign a bilateral ceasefire agreement that will put in place common rules for the military and the New People’s Army could avoid misencounters. – Rappler.com