Jan 20, 2017 1:23 PM PHT
Patty Pasion
Facebook Twitter Copy URL
Copied
The National Labor Relations Commission orders the network to reinstate the workers and pay them back wages equivalent to the workers' monthly salary from their dismissal to their reinstatement 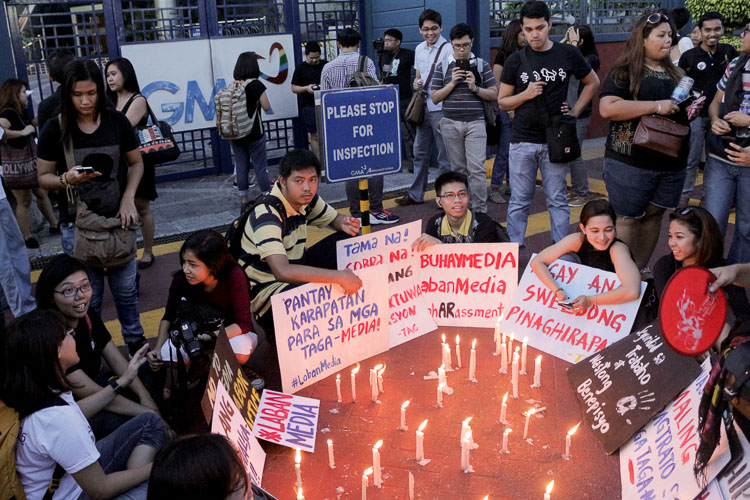 Talents Association of GMA (TAG) legal counsel Ricardo Lapesura Jr told Rappler that the NLRC ruled that the petitioners whose contracts or talent agreements were not renewed were illegally terminated.

The decision orders the network to reinstate the workers and pay them back wages equivalent to the workers’ monthly salary from the time they were dismissed until their reinstatement. TAG President Christian Cabaluna said this would cost the network around P21 million.

A significant number of media workers are considered talents or independent contractors working for television networks.

The legal battle at the NLRC level is not yet over since the group is yet to file a partial appeal for the 18 former GMA talents not covered by the decision.

Only 35 of the 53 petitioners were illegally dismissed through the non-renewal of contracts. The other 18 TAG members involved in the case were terminated because of staging a rally against the media giant.

“The decision said the dismissal was not illegal because they incurred unauthorized absences and based on that, they were terminated,” said Lapesura.

In their appeal, the 18 former GMA talents will argue that they held the rally in protest of management’s “harassment” of the workers.

“Particularly, at that time, the management changed their payroll mode from an ATM to a check basis. So they were being required to report to get the check and several documents were asked of them. It was really more of burdening them so [the rally] was the response of the TAG members,” he explained.

Cabalunan said they are not expecting the immediate execution of the decision as the network may still file an appeal. They also fear how the first NLRC ruling, now lodged before the Court of Appeals, will affect the illegal dismissal case.

Rappler sought GMA’s comment but it has yet to respond as of posting. – Rappler.com