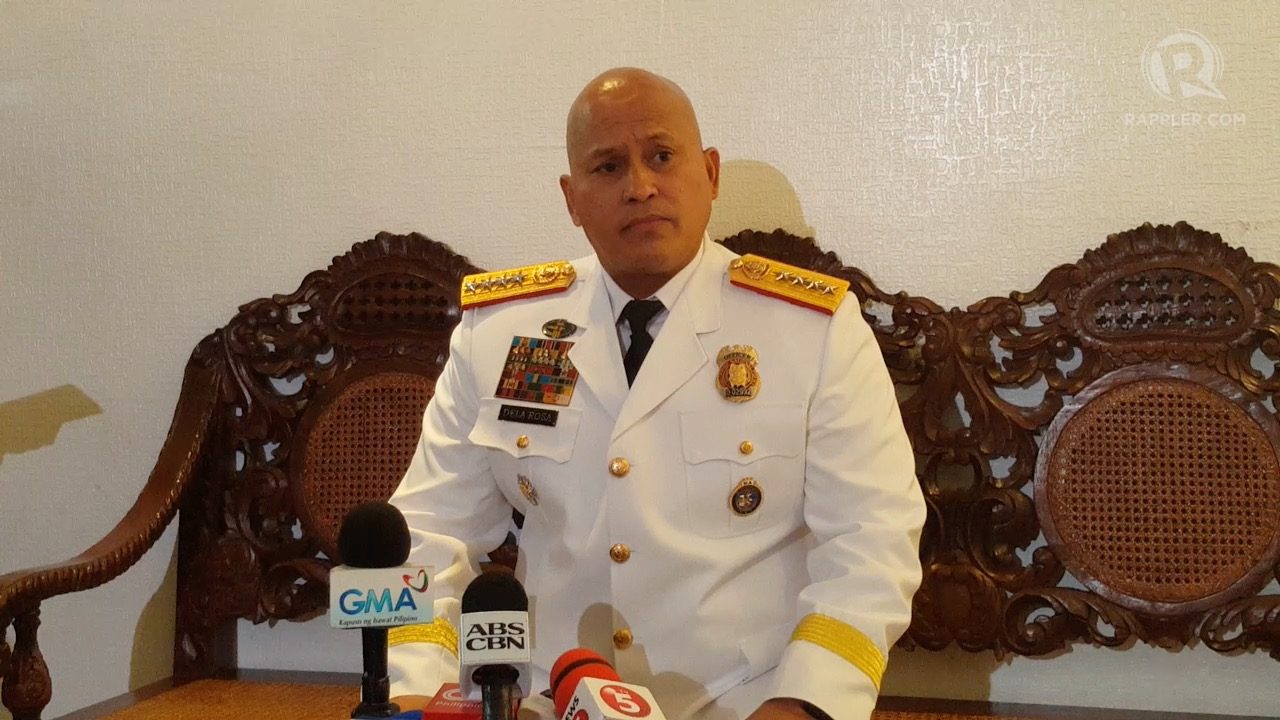 MANILA, Philippines – “When one little finger is sore and wounded, do we cut the head to cure it?”

This was the response of the Philippine National Police to calls for the resignation of its chief, Director General Ronald dela Rosa, following the recent discovery that Korean businessman Jee Ick Joo was killed by cops inside Camp Crame, the PNP headquarters.

PNP spokesman Senior Superintendent Dionardo Carlos said on Saturday, January 21, that a “deeper study” was needed to determine whether Dela Rosa should step down on the basis of the act of one cop – Senior Police Officer 3 Ricky Isabel, who allegedly killed Jee and directed the operation against the businessman.

“We must take a deeper study into the situation if the sinister act of one Sta Isabel is enough to wash away the gains in the past 6 months under CPNP’s leadership. When one little finger is sore and wounded, do we cut the head to cure it?” he said in a statement released to the media.

“The PNP is addressing the case properly,” Carlos added.

He reiterated that Dela Rosa is “ready to step down” once President Rodrigo Duterte – who had handpicked him to head the PNP – orders him to do so.

“The CPNP said he is ready to step down when ordered by the President,” Carlos said.

Calls for Dela Rosa’s resignation were made after a justice department probe showed that Jee was strangled to death at Crame on October 18, the same day he was taken from his Pampanga home on the pretext of a drug investigation, before his remains were brought to a Caloocan City crematorium.

After Jee’s wife and Korean embassy officials personally sought his help, the PNP chief even ordered a manhunt for the police officer suspected of kidnapping Jee on January 11, or months after the Korean businessman’s murder right in the PNP’s own backyard.

At least two police officers have been indicted for the killing. In kidnapping the businessman, they allegedly used as cover the government’s campaign against illegal drugs.

Among those who have called for Dela Rosa’s resignation is Speaker Pantaleon Alvarez. Senators said the incident was a big wake-up call that the PNP chief should not ignore.

Speaking to reporters at the premiere of a movie about a Special Action Force cop on Friday night, January 20, Dela Rosa said he would only resign when the Philippines is “drug-free.”

Eliminating illegal drugs is among the key campaign promises of the Duterte administration. Duterte had vowed to eliminate the drug menace in the country in his first 6 months in office, but he had asked for another 6-month extension after two months in office. – With a report from Bea Cupin/Rappler.com