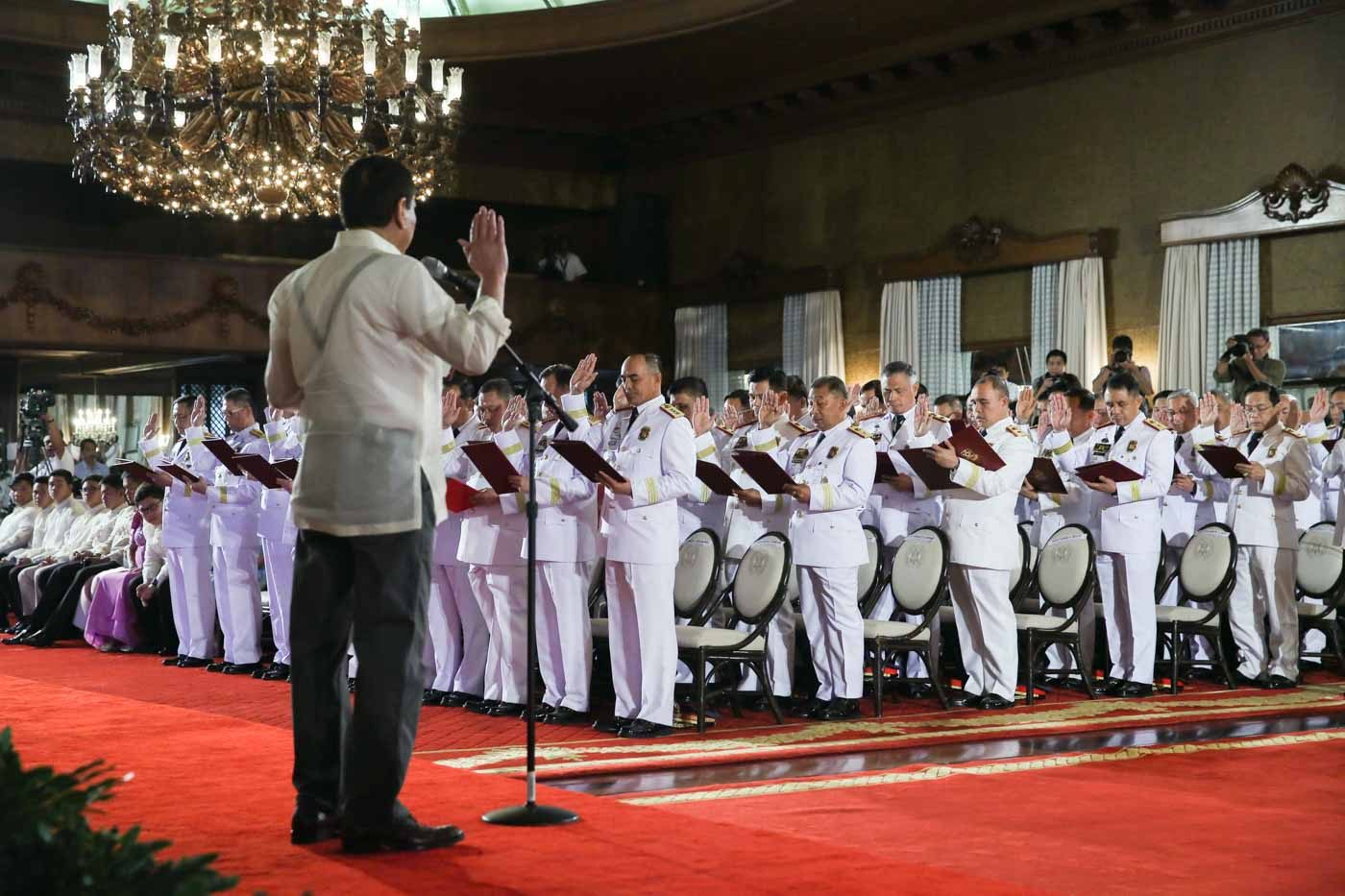 MANILA, Philippines – The Palace said it’s unlikely President Rodrigo Duterte has created a culture of impunity in the police force, crediting such a claim to a very active imagination.

His statement comes amid the National Bureau of Investigation findings that South Korean businessman Jee Ick Joo was murdered by policemen inside Camp Crame, the headquarters of the Philippine National Police (PNP).

The case became tagged as one of “TokHang for Ransom,” a play on the PNP program “Oplan TokHang” – which comes from the Visayan root words “toktok” (knock) and “hangyo” (request). TokHang refers to the PNP strategy to go house to house and convince drug pushers and users to surrender.

Jee was allegedly accused of involvement in illegal drugs by his captors. Critics claim the case proves police are using Duterte’s anti-drug campaign as an excuse to commit crimes like kidnap-for-ransom. In Jee’s case, his wife paid abductors P5 million, not knowing her husband was already dead. (READ: Murder inside Camp Crame: A tangled tale of crime)

Two policemen who were allegedly part of the group that kidnapped Jee were members of the PNP’s Anti-Illegal Drugs Group.

But Abella said corruption in the police force has been a problem even before the Duterte administration. It is thus “unfair” to blame the proliferation of dishonest practices on the President.

“The culture is there and it was existing even before the President came in. That’s why he came in, to address that culture,” said the spokesman.

Duterte, however, often portrays himself as protective of the police – assuring them he will pardon them if they commit a crime in the performance of duty, even telling them they would get a promotion if they “massacre” criminals.

“The PNP Director General is part of the President’s team and he simply became the head of this particular government structure. The President trusts him implicitly,” said Abella. – Rappler.com