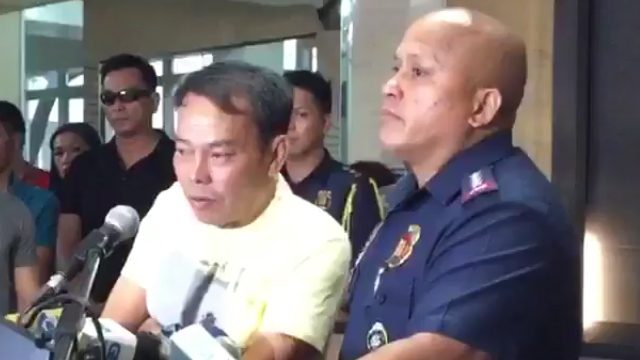 Judges Carol Arguelles of the RTC Branch 14 in Baybay, Leyte; Tarcelo Sabarre, Jr. of RTC Branch 30 in Basey, Samar; and Janet Cabalona of RTC Branch 33 in Calbiga, Samar all face administrative cases, according to a media briefer issued by the Supreme Court (SC) Public Information Office on Tuesday, January 24.

Espinosa was among the first local chief executives publicly accused by President Rodrigo Duterte as having links to illegal drugs. His son, Kerwin Espinosa, is the alleged drug lord of Eastern Visayas. The older Espinosa was killed early November inside his jail cell in Baybay, Leyte, after police from the Criminal Investigation and Detection Group (CIDG) Region 8 served a search warrant against him.

Police allege he fought back, prompting them to kill him and Raul Yap, another co-detainee. The incident has been tagged a rubout by the National Bureau of Investigation.

It was Sabarre who issued the search warrants against Yap and Espinosa.

Arguelles, meanwhile, was the judge who failed to act on an earlier request for Espinosa’s transfer of detention. Albuera police had wanted the mayor to stay in their custody after his arrest for violating the country’s illegal drugs and firearms laws.

Cabalona also issued search warrants against Espinosa and Yap, the Office of the Court Administrator (OCA) found out in its investigation.

The OCA said that while Sabarre and Cabalona had compelling reasons for granting the warrant despite the jail being outside their territorial jurisdiction, they were both “administratively liable for issuing search warrants to be implemented in the jail facilities of the government.”

“The OCA emphasizes that a jail facility is not a private dwelling that comes under the protection of the right to privacy,” noted the SC.

The OCA also rejected the judges’ arguments that a warrant was necessary because of alleged collusion between Espinosa, Yap and the jail courts. Police, the OCA said, should have exhausted all other remedies available to them.

The High Court said there was compelling reason to further investigate Arguelles. At least 3 other personalities tied to Espinosa, after all, had been killed in detention before and shortly after Espinosa’s motion for his place of detention to be moved.

“These incidents should have alerted Judge Arguelles to the fact that the perceived threats on the life of Espinosa while in detention at the Sub-Provincial Jail in Baybay City were not merely imagined, but real,” said the SC.

The 3 other personalities linked to Espinosa, the SC found, also applied to be transferred to another detention facility.

The OCA noted that it received two anonymous letters pertaining to Sabarre and Cabalona. One letter claimed that Sabarre issued the warrants “as a quid pro quo to the police.” Police had supposedly bullied a young boy to desist from filing a seduction case against the judge.

Cabalona, meanwhile, was supposedly “very friendly” with the CIDG Region 8 police because her husband was a police superintendent.

“The OCA dismissed the contents of these anonymous letters as “loose talks.” Nevertheless, they raise serious allegations that need to be clarified,” said the SC.

All three judges were directed to comment on the observations of the High Court within 10 days of receiving a copy of the OCA’s documents. Associate Justice Gabriel T. Ingles of the Court of Appeals in Cebu has been tasked to handle the cases. – Rappler.com