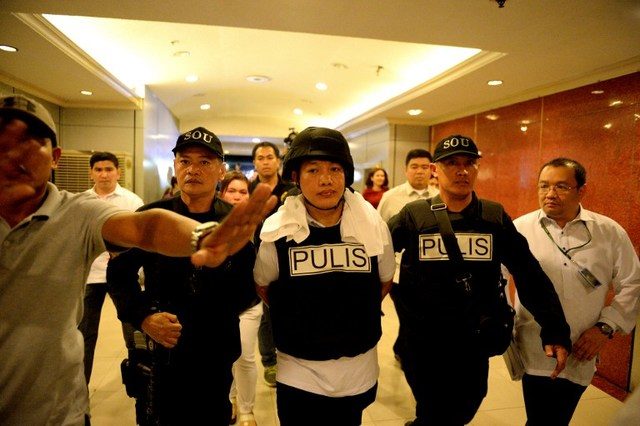 MANILA, Philippines – Senior Police Officer 3 (SPO3) Ricky Sta Isabel, who was among those implicated in the abduction and murder of South Korean businessman Jee Ick Joo, wants to be transferred back to the custody of the National Bureau of Investigation (NBI).

“Since accused herein is a member of the Philippine National Police, detained at the institution’s detention facility, he fears for his life’s security … as he continuously receives death threats,” stated Sta Isabel’s plea.

“Accused will be safer in the custody of the NBI than with the PNP considering that this case not only involves him but also several high-ranking and powerful officials who are still connected with the PNP organization.”

Sta Isabel also said his private lawyers were forced to withdraw “due to threats to their life, security, and safety.” (READ: Murder inside Camp Crame: A tangled tale of crime)

Sta Isabel also asked the Pampanga RTC to order the Department of Justice (DOJ) to reinvestigate the charges of kidnapping for ransom with homicide filed against him. (READ: Cop suspects in Korean kidnap-slay brought to court)

He claimed his right to due process was violated because the DOJ supposedly did not let him disprove the allegations in the preliminary investigation.

The DOJ, said Sta Isabel, issued a resolution on the charges on January 17 then filed the case in court immediately, but he was told that hearings for his reply were set for February 6 and 13.

“It is clear from the records that accused SPO3 Sta Isabel was not given the chance to attend the scheduled hearings and submit his counter-affidavit simply because the DOJ hastily rendered a resolution finding probable cause against him. As such, he should not be deemed to have waived his right to a preliminary investigation,” read Sta Isabel’s motion.

He also used the same argument to seek the postponement of his arraignment before the Pampanga RTC, citing the possibility of charges against him being either “modified or dismissed.”

Sta Isabel surrendered to the NBI on January 16, then was transferred to PNP custody on January 20 after an arrest warrant was issued against him and 6 others. He admitted in his affidavit that he helped dispose of Jee’s body, but denied kidnapping and killing the South Korean businessman himself. (READ: Dela Rosa: ‘Narco general’ is ‘boss’ of suspect in Korean kidnapping) – Rappler.com