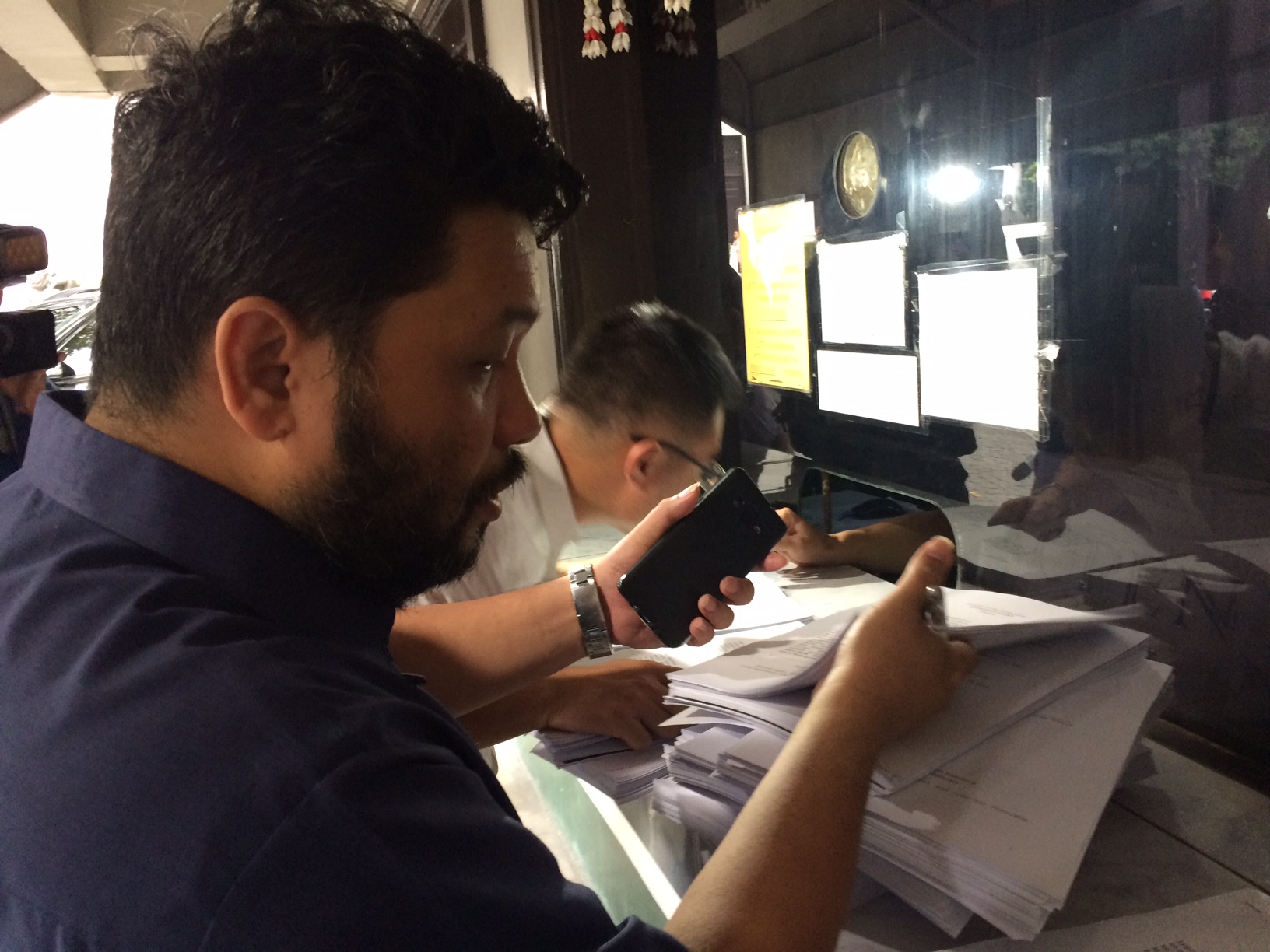 MANILA, Philippines (UPDATED) – The first petition against the Oplan TokHang campaign of the Philippine National Police (PNP) was filed before the Supreme Court (SC) on Thursday, January 26.

The Center for International Law (CenterLaw) filed the petition on behalf of the families of 4 drug suspects killed in Payatas, Quezon City in August 2016.

CenterLaw asked the SC to issue a writ of amparo and suspend TokHang operations in areas covered by the Quezon City Police District (QCPD) Station 6, which conducted the operation in question.

(The plea is localized only since we have no direct access to other cases. Maybe there are other lawyers who can handle cases in other areas. We hope that the other victims will be emboldened to seek the help of the courts.)

The writ of amparo is a remedy availed of in cases of illegal detention or arrest.

Apart from the families, petitioners include one of the drug suspects who survived the operation by playing dead. Their lawyers claim the survivor as well as the rest of the families are being harassed up to this day.

“The (police officers) are sill active, they can roam freely and that’s why we’re here because they keep on visiting the houses and making threatening remarks and gestures towards the victims,” Bagares said.

Bagares added that they are planning to file a petition for certiorari that will challenge the legalities of Oplan TokHang, implemented as part of President Rodrigo Duterte’s war on drugs.

“The case [of the victims in Quezon City] is an example of how abuse creeps in to the whole thing. We understand the need to fight the drug menace in society but we are a civilized nation, we have laws, and we want that law to be followed,” Bagares said.

The petition for the issuance of a writ of amparo stems from an incident on August 21, 2016, where cops from QCPD Station 6 gunned down 4 men while conducting Oplan TokHang in Group 9, Area B, Payatas, Quezon City.

The cops said the suspects were caught holding a drug session and fled the scene as authorities approached.

According to lawyer Cristina Antonio, Morillo played dead after getting shot in the chest. Antonio said Morillo was able to jump into a ravine, cross a stream, and trek up a hill to seek help.

(The 5 young men were scavengers and garbage collectors in Payatas. They were playing pool when men in civilian clothes descended upon them, tied their hands, two of them were handcuffed, and the house they were in was raided. They were brought to the back of the house, where they were ordered to kneel and then killed. But one of them escaped.)

According to the petition, the cops had no jurisdiction over the area. However, they allegedly faked police reports and death certificates to make it appear that the incident occurred in another barangay covered by their police station.

Aside from the cops, PNP chief Director General Ronald dela Rosa was also named as a respondent in the petition.

“It is important that the PNP is part of the respondents dahil sila ang mayroong (because they are the ones who have) command of the assailants,” Antonio said.

Dela Rosa could not be reached for comment as of posting time as he was at the Senate for an investigation into the death of South Korean businessman Jee Ick Joo, tagged as a victim of a “TokHang for ransom” case.

“The incredible pressure on police officials to perform above par in the implementation of Project TokHang on pain of being relieved drives them to ignore protocol and breeds in them contempt of the law,” stated the petition.

More than 7,000 deaths have been linked to the Duterte administration’s war on drugs since July 1, 2016. Of these, around 2,500 were killed in police operations.

The PNP has repeatedly denied involvement in extrajudicial killings, saying that drug suspects who died in police operations fought back or resisted arrest. – Rappler.com