How to win the pageant

Jan 27, 2017 7:45 AM PHT
Maria Isabel Garcia
Facebook Twitter Copy URL
Copied
[Science Solitaire] What it means to be a 'superager' 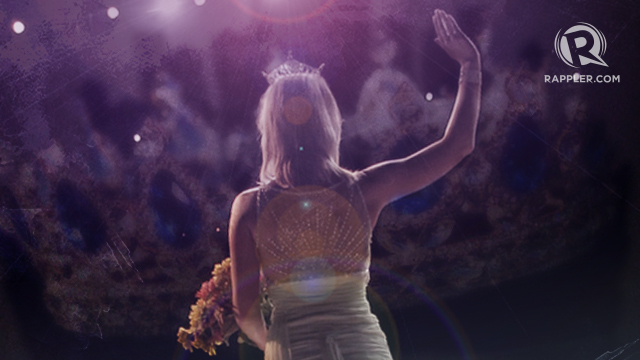 They live among us, these exceptional beings. Seasonally, they grab the headlines. They have robust features that speak of youth. They tower over us in their ability to run away with what their genes have set up for them. They possess such marvelous configurations in places where it matters. They glow in parts that animate their own personalities. They move with the gait that will make you follow them with your gaze. And they are not just dreamers; they are doers – crossers of borders! Who are they?

No, they are not the pageant members that have occupied the working days and nights of most media. They are the superagers!

Superagers are those 60 and above whose memory and attention are not only so much better than those of their contemporaries BUT are actually at par with that of young adults in their 20’s to early 30’s. A recent study on superagers has validated the extraordinary abilities of these people not just by testing their mental perfromance but also actually looking at what their brains look like. What were superagers made of? In what categories did they distinguish themselves? What helped them to be superagers?

You would have to be in a trance to miss that in order to join beauty pageants, a stunning “visual presence” is a must.  But to win the more coveted title of “superager”, across genders, the categories are literally, not skin-deep. They, in fact, go even further deeper the outer layers of our brain to the main room of our emotional circuitry: the limbic system.

If beauty pageants had a swimsuit competition, then for superagers, they had to show how thick their “memory” brain parts were. Memory is not simply remembering. First, after an experience, you have to lay it on your head in a way that would “fit” (encoding) – like you would fold a garment. Next, you store it in the drawers in your head where you should be able to remember to take it out when you need it. Those seem so elementary, yet, the brain parts that do these for us normally thin out as we age. But for the superagers, these parts were shown to be as thick as those of the brain parts of young adults.

Next, a gown competition would be irrelevant to superagers but they would, hands-down, triumph on the “salience” category over ordinary adults of the same age. “Salience” is that sense you employ, for instance, not just in dressing up for an occasion but what you do when you are already at the party. It is what scientists call “cognitive control” – the minute-to-minute inner sculpting that shapes who you are. It is that sense that tells you how much to drink, if at all you should, not to smoke, just how much junk food you are going to take, how much you will give in to that cute boy or girl. Just multiply this example of a party by a lifetime. It is your “emotions” growing their own bars and cross-bars, framing your actions so that you get to keep your head on your shoulders despite efforts by others and your own weaknesses to knock it off to the floor. It is that inner shrew that you tame, that which holds your impulses in check so that you can hem in your constantly splintering selves or at least, minimize their fraying.

And for the talent portion, superagers stuck it to their younger counterparts. The superagers’ brains showed that the thickness of the brain parts in their limbic system was associated with how well they performed in their memory tests while in the young adults, thickness did not matter.   And what earned the two thumbs up from the scientists was that the memory performance of the superagers were not just amazing for their age – they were indistinguishable from the performance of young adults! This means that if 25 year-old you and your 80 year-old superager grandmother were subjected to a memory test, you would score about the same ( but my bet would be on your grandma because she will most likely be more chill about it than you.)

The other surprise from the study was that the brain parts that painted the picture of youth were NOT the parts typically associated with “thinking”. They were the parts in the limbic system commonly associated with emotions like the midcingulate cortex and anterior insula.

This also wielded an opportunity for neuroscientists to again debunk the myth that our emotional and thinking brain parts are like warring islands.  They are not. “Thinking” and “feeling” run along paths through each other in the same country inside our skulls. If the paths are laid out, these parts could communicate better with each other depending on the experiences they process. Thus, the limbic system is not the mere rollercoaster express for the emotional balls you launch within. It is intricately tied to how we think including how we process stress, language, how we make sense of the stupendous flow of input from our senses and the way our insides work.

What does this all mean? Beauty pageants go through some measure of rigor, I suppose. The intricacies of which I am not familiar with. But like all of you, male or female, including pageant contestants, I am interested to age well if am going to live longer. And this means caring far beyond the hotness of appeal that is tied up with youth. It means trying to see how much I can cultivate and wield between my skull to mine life until my last breath.  And for this, scientists have found so far, that to age not just well but “superlatively”, you can’t rest, And they mean that literally.

If learning new things will make for aging well, then how much farther do we have to push to get to the domain of superagers?  Scientists say that you have to give up being a creature of comfort. This means it is not enough that you work-out your body and brain regularly BUT you always have to push it beyond your comfort limits. That is the only time it will matter – when you cross that threshold (scientists refer to this point as the “yuck factor.”)

Thus, to super-age, it won’t be enough to listen to music as you also have to learn an instrument, or a new one when you already play one. It means not just singing a song but learning it in as many languages as you can. It means not just traveling but seeing it through another’s viewpoint – a sculptor’s, a chef, a poet, or a soldier’s and maybe even write or speak about it from that lens.

In other words, superaging means constantly crossing your own set borders. And that folks, is apparently how you cross the limits of your own running time. – Rappler.com