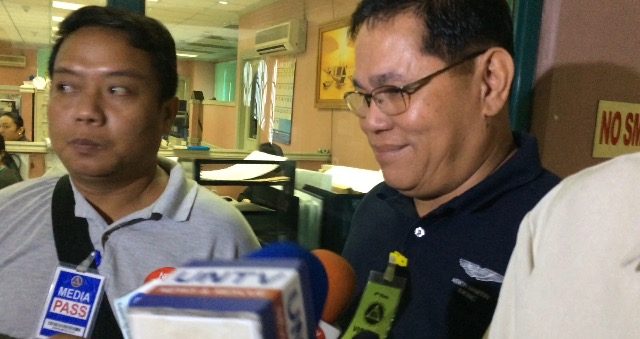 MANILA, Philippines – Dismissed Philippine National Police (PNP) chief Alan Purisima posted bail at the Sandiganbayan 6 days after charges against him were filed over his participation in the botched Oplan Exodus in Mamasapano, Maguindanao in 2015.

Purisima personally paid his P20,000-bail at the anti-graft court’s fourth division on Monday, January 30, or P10,000 each for one count of usurpation of public functions and one count of graft. The court usually set bail for graft at P30,000 per count, but it was not explained why such was the case for Purisima and Napeñas.

State prosecutors filed the charges against Purisima and sacked Special Action Force (SAF) Director Getulio Napeñas last January 24, seven months after Ombudsman Conchita Carpio Morales approved the filing. Morales has already issued a show cause order to the former chief records officer of the Office of the Special Prosecutor (OSP) for the delay in filing.

Purisima faces criminal charges for participating in the police operations at a time when he was under preventive suspension for graft charges over a courier contract mess in the PNP under his term. Napeñas was also charged with the same for allowing Purisima’s participation despite his knowledge of the suspension.

Purisima, Napeñas and former President Benigno Aquino III also face a homicide complaint filed by families of some of the slain SAF cops. The complaint is under preliminary investigation by the Ombudsman.

Aquino filed his counter-affidavit in the homicide complaint last Thursday, January 26, where he once again defended Purisima, his close friend.

Aquino said Purisima was involved in Oplan Exodus only as a resource person, having monitored the terrorist Marwan during his tenure as PNP Chief.

“As the Chief Executive, I can directly order any person – any subordinate to be exact – to do what must be done. In the case of Purisima, he was a resource person providing vital information. I can very well, in fact I was duty-bound, to consider all sources of information, including Purisima’s intimate knowledge, to ensure that all material and invaluable information is shared to the relevant PNP officers involved in the planned Oplan Exodus,” his affidavit said.