Jan 31, 2017 1:46 PM PHT
Patty Pasion
Facebook Twitter Copy URL
Copied
Thousands of undocumented Filipino workers are expected to be brought back to the Philippines in February 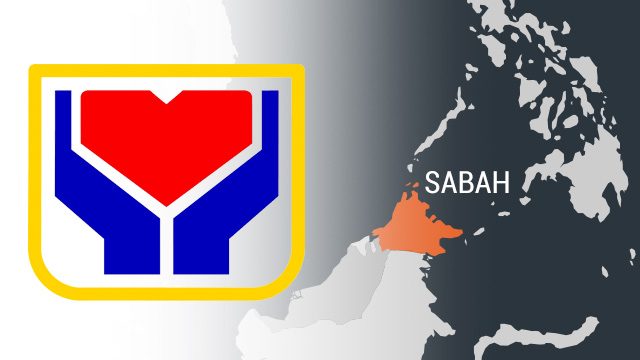 MANILA, Philippines – The Department of Social Welfare and Development (DSWD) is preparing an “action plan” that would guide government assistance to 7,000 Filipinos who are expected to be deported from Sabah by February.

Social Welfare Secretary Judy Taguiwalo said the deportees will be given basic aid, such as food and medical assistance, upon their return to the country.

“For our part, our Protective Services Bureau (PSB), DSWD Field Office 9 and the DSWD Field Office in the ARMM are already in the process of putting together a plan of action to help our kababayans. We will provide them what assistance is within the means of the department to ensure that their immediate economic needs [are met],” she said.

Taguiwalo said the deportees, as earlier stated by President Rodrigo Duterte, “will not be encouraged to seek clemency” from the Malaysian government.

“Instead, they will be assisted during the process of deportation to ensure that their return to the Philippines will be as smooth as possible. The DSWD is one of the agencies that will work to help ensure this,” she said.

Upon their return to the Philippines, the deportees will be individually assessed to determine the specific social services they can avail of. The DSWD will also provide psychosocial intervention to those suffering from physical abuse and trauma.

Taguiwalo reiterated that the government will fulfill the President’s earlier promise of providing healthcare and education to the deportees.

In November last year, Duterte said thousands of undocumented Filipino migrants in Sabah will be sent back to the country. This was the agreement he reached with  Malaysian Prime Minister Najib Razak during a bilateral meeting in Malaysia then.

Citing reports from Malaysia, the DSWD said Sabah’s deportation centers are currently congested because of the Filipino deportees.

The government is expecting the influx of deportees in February. Malaysian Royal Navy assets will transport them back to the Philippines.

Though Sabah is an island recognized internationally as belonging to the Malaysian Federation, the Philippines has a historic claim to it based on the ownership of the North Borneo area by the Sultan of Sulu who ceded his sovereignty over the territory to the Philippine government in the 1960s. (READ: FAST FACTS: What binds the Philippines and Malaysia?)

Previous administrations had taken different approaches on the issue and in dealing with the heirs of the Sultan of Sulu. (READ: Sabah, Ramos and Arroyo) – Rappler.com