On board and online: Why every seaman needs internet 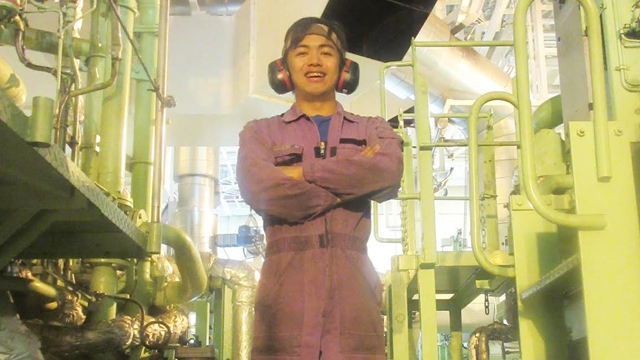 MANILA, Philippines – Engine cadet Zypert Barcelo was told of the hard life of seafarers on board – hazardous tasks, homesickness, and loneliness. It’s one of the first things they’d tell you in marine schools: seafaring is not for the weak.

His first few months have been anything but easy. When the going gets tough, he reminds himself that many others have it worse.

He is lucky enough to be on a ship providing internet at no cost, Maersk Laberinto.

On his free time, Barcelo communicates with his family and friends in the Philippines through the internet and shares his experiences on social media. With internet access, he says that he no longer worries too much about home as he is now able to get real-time updates. It’s a giant step away from the old times when seafarers needed to wait months to be able to communicate with their families back home.

In an interview with Rappler, Professor Helen Sampson of Cardiff University’s Seafarers International Research Centre (SIRC), a leading figure in Maritime research, tells us about the ways the internet is changing life on board. 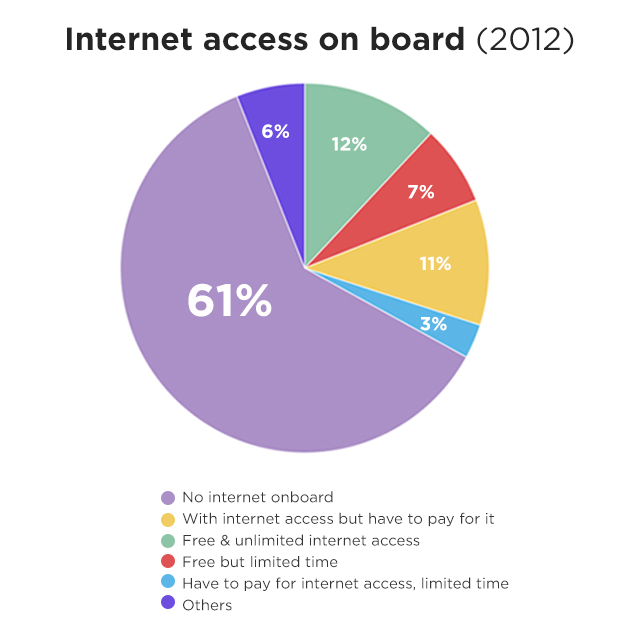 In a study on accommodation design published by SIRC, a small percentage of seafarers reported free and unlimited internet access (12%) in 2012. The majority (61%) reported that they had no internet access available to them on board at all. The remainder (27%) experienced either time restrictions or charges or both or alternatively some other kind of restricted access.

According to Sampson, they conducted the same study in 2015 and saw a 10% increase in the number of seafarers who said they have Internet access on-board.

Providing internet access at sea, while now cheaper than before, is still pretty expensive. A ship will have to buy a satellite broadband that may cost them as much US$5,000 to $15,000, depending on the internet speed and the ship’s size. Then they will need to pay at least $700 USD to $3,500 USD every month for a broadband plan, depending on the amount of data they need.

Internet provision’s most obvious impact is on the seafarers’ mental health. Giving seafarers internet access helps keep them happy and stable, which is also good for the company.

“A ship is a very expensive piece of equipment and you really don’t want people who are psychologically unstable. And it’s a very difficult life. If there’s no psychological compensation to the seafarers, I think you’ve got a lot of mental instability and it’s dangerous,” she said.

Sampson said that whenever they conduct surveys among seafarers, internet provision is always on top of the things they want to have.

While mobile phones are usually available on board, being able to see your family through Skype and other video calling applications makes a big difference.

“You’re talking to your wife, and she can show you the kids, the cat, or the new paint or whatever – it really involves you in a way. It’s another level of communication even though it’s really just adding the visual. So when they have that access on board, I think life changes for them very much.”

Keeping seafarers’ mentally healthy is important in order to reduce human errors on board. According to Sampson, the proportion of accidents caused by human error has grown through the years.

But while internet access is a great incentive for seafarers, Sampson said that shipping companies should still invest in other social spaces and entertainment facilities on board.

“When you’re on a ship, life is so boring. And when you communicate with your family, it’s much nicer if some things have happened on board that you can communicate about,” she said. “An engineer won’t talk to his wife like ‘today I stripped a valve.’ Over time, as the weeks go on, you are more and more just listening to the other person, just become a sort of receptacle, and that’s also not good for the other person.” 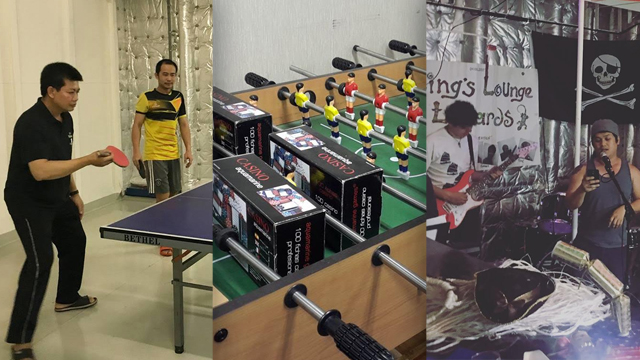 For Barcelo’s case, their ship is equipped with an officers and crew room where they can entertain themselves on free days with video games, karaoke, and movies. Their lounge is also equipped with table tennis, table football, and a full band set. They also have a fitness gym where seafarers can work out.

Unfortunately, not all ships provide these facilities.

“Social media is really helping companies to understand that they can’t get away with treating seafarers badly,” she said.

With access to social media, seafarers are able to share their experiences on board and ask for help and advice online. Through social media, maltreatment in certain work places has been exposed. Add that to the fact that the seafaring industry relies heavily on human resource and so shipping companies invest in polishing their image in order to be able to recruit good people.

The availability of social media platforms that are free and give individuals wide reach online keep employers accountable to the way they take care of their employees. Companies realized that one disgruntled seafarer going around town saying your company doesn’t treat its employees well isn’t going to impact very much. But one disgruntled seafarer posting it all over on Facebook is another story altogether. 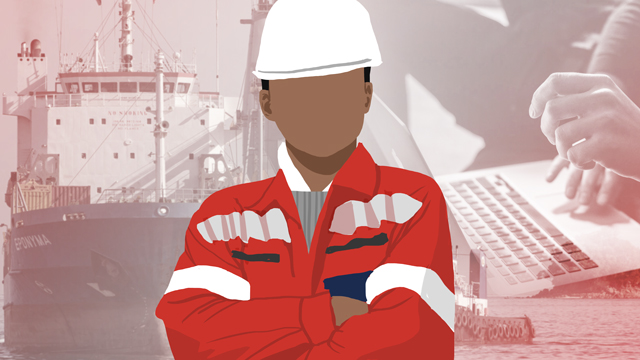 But while some shipping companies now provide internet access on board, the number is still low.

“It’s been slow. If we think there’s still a handful of seafarers at sea who don’t have Internet access, we have to be careful not to get over-excited about it,” Sampson said.

Some employers are not convinced that internet access to their seafarers would benefit their companies. Some, according to Sampson, think that it will only serve as a distraction. But Sampson said that even those who works in offices face many distractions. “Why should the seafarer not be allowed his distraction?” she added.

Other companies provide internet access to seafarers at cost.

Sampson said that there’s been a long-term decline in accommodation standards in the shipping industry. The rooms – especially social spaces – are becoming smaller, and the mattresses thin and uncomfortable.

One of the reasons for this decline and the reluctance of companies to provide internet access is cost. Shipping companies don’t have control over other costs like fuel, but they can control crew cost to some extent.

But considering its effects on seafarers’ mental health, Sampson thinks it’s still worth the investment.

“I think it will be real crisis for mental health if they didn’t have this now. Some companies put it the wrong way around. Because they don’t want internet access, they say, ‘Now we have internet access, but they just spend all their time in their cabin.’ But that’s not true,” Sampson explained. – Rappler.com