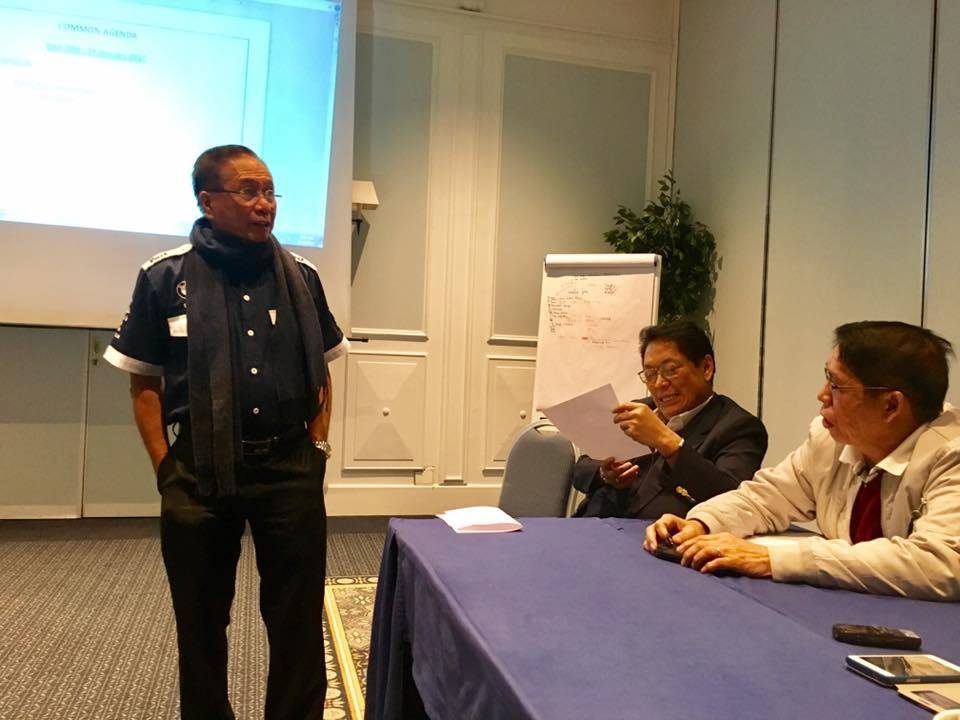 MANILA, Philippines (UPDATED) – A series of armed encounters between state forces and communist rebels prompted a word war on Tuesday, January 31, between the chief peace adviser of President Rodrigo Duterte and the chief negotiator of the communist National Democratic Front (NDF).

Presidential peace adviser Jesus Dureza issued a strong statement against the NDF leadership following a series of attacks reported by the military. (READ: Soldiers report skirmishes with NPA in 7 areas)

The NDF hit back and blamed the clashes on the military’s aggressiveness on the ground.

‘Is the NDF able to control its forces?’

Dureza revived a sensitive issue previously raised against the NDF leadership: Is the NDF able to control the forces on the ground?

“Either some in the NDF leadership talking to the government are not in full control of their own forces on the ground, or they are themselves undermining these efforts for sustainable peace, or pressuring government for certain concessions,” Dureza said in a statement.

NDF chief negotiator Fidel Agcaoili hit back at Dureza, taking him to task for the possible consequences of what he considered as “bellicose statements” coming from Duterte’s chief peace adviser.

“We strongly advice Secretary Dureza not to raise the bogey of disunity among the ranks of the revolutionary movement,” said Agcaoili.

He said it’s a revival of an old propaganda used by National Security Adviser Hermogenes Esperon Jr when he was still chief of the Armed Forces of the Philippines.

“We shall hold the GRP responsible for anything untoward that would happen to the ongoing peace negotiations due to its bellicose statements on the actions of the NPA to defend and protect communities after the Makilala incident,” Agcaoili added.

Two soldiers were killed, one was abducted, and at least 3 were wounded in a series of armed encounters since Sunday. They were unexpected because of the ongoing ceasefire between the two armed groups.

“The unilateral ceasefire was precisely set in place to provide an enabling environment for the ongoing peace talks and also to secure the support of the stakeholders and the bigger public in understanding and supporting these unprecedented, although small but significant steps, for sustainable peace in the land,” Dureza said.

Agcaoili said the clashes were a result of the military’s aggressiveness, citing the first firefight to disrupt the 5-month-old ceasefire in Makilala, North Cotabato, where a rebel was killed.

“What the alleged armed skirmishes indicate is that the GRP military and police have become more aggressive after their success in the Makilala, North Cotabato, incident when they attacked an NPA encampment. It also means that the NPA has taken an active defense posture to defend and protect the communities and its forces,” said Agcaoili.

The military and the New People’s Army released separate unilateral ceasefire declarations in August 2016 in support of the talks to end Asia’s longest running communist insurgency. But the ceasefires became untenable as both sides protested each other’s activities.

The government is seeking a joint ceasefire deal – imposing common rules so misencounters are avoided – amid threats from the NPA it is going to withdraw its ceasefire declaration.

The government failed to accomplish this during the 3rd round of talks in Rome in January, but it is counting on the NPA to hold the ceasefire because of an agreement to discuss the joint deal in a side meeting in The Netherlands in February.

Dureza said President Duterte remains committed to the talks but said the NDF “must also reciprocate accordingly and do the same.”

“We do not wish to unnecessarily squander those gains that even saw President Duterte exercising strong political will to move the peace process forward,” Dureza added.

Agcaoili reminded Dureza of the gains of the peace talks and reiterated protests against delays in the release of political prisoners. – Rappler.com