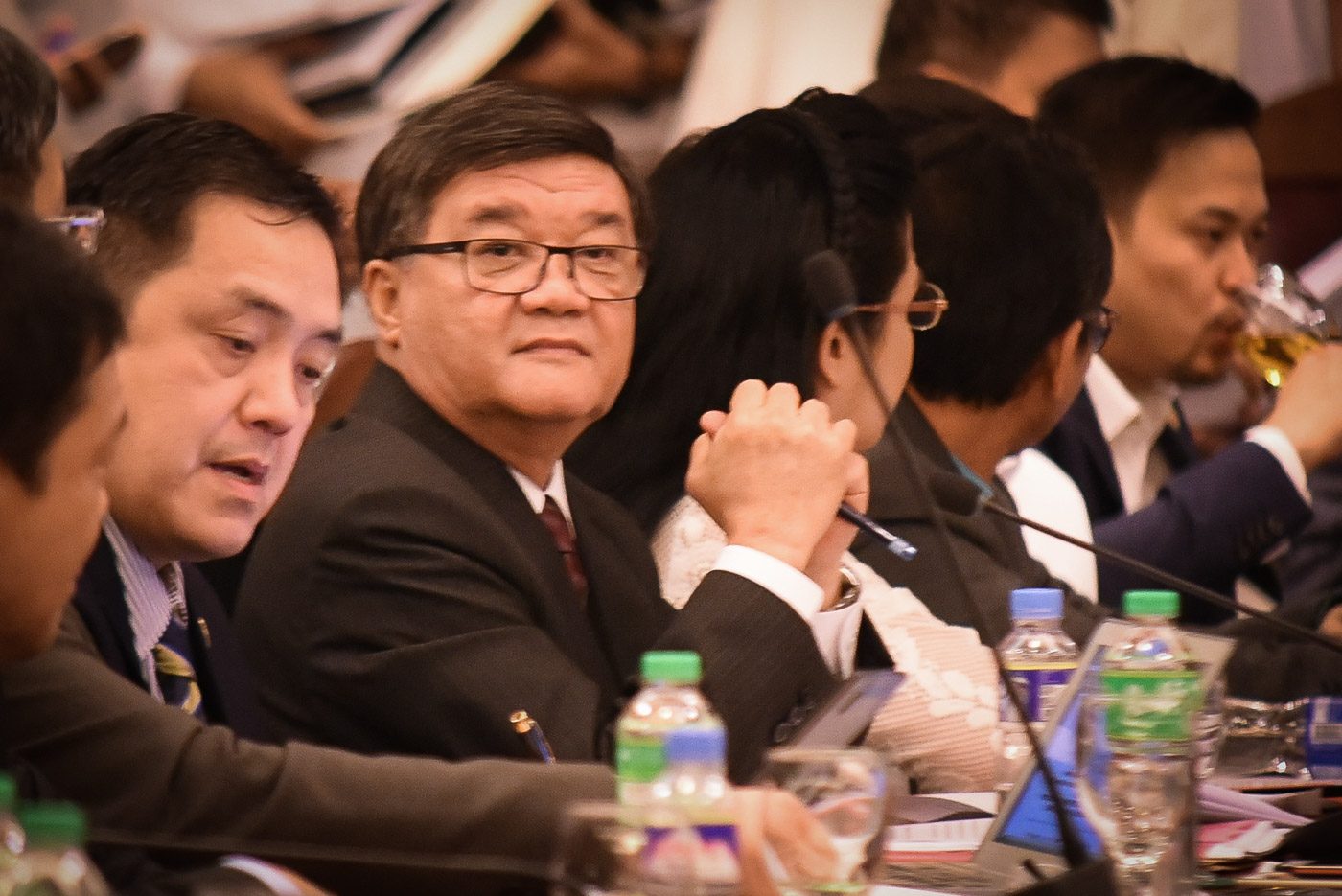 Facebook Twitter Copy URL
Copied
In his confirmation hearing, Justice Secretary Vitaliano Aguirre II fumbles in responding to questions on the proposed reimposition of the death penalty, an administration measure

Trillanes is in the United States for an official visit but Senate Minority Leader Ralph Recto made sure his opposition would be heard and acted upon.

“I support my kababayan (countryman) but as minority leader, I need to also support and give the opportunity to a member of the minority to question at the appropriate time. Senator Trillanes is not present; he is on an official mission. He is requesting time from this body to be able to confront the secretary,” Recto said in a CA hearing on Wednesday, February 1.

Trillanes, in his signed opposition, said Aguirre lacks the “required demeanor” befitting a DOJ secretary and has “total lack of respect” for a senator and the Senate as an institution.

Trillanes specifically pointed out the following statements of Aguirre:

When asked to respond to the specific points, Aguirre admitted saying such things but only out of “righteous indignation” because of the “baseless” attacks against him.

“It’s okay to attack integrity if you have evidence, but to put down the reputation of someone, which for 70 years I have nurtured, that’s my source of righteous indignation,” said Aguirre, who has been accused of doing the very same thing to Senator Leila de Lima, President Rodrigo Duterte’s fiercest critic.

In defense of cursing at Trillanes, Aguirre claimed the Supreme Court already ruled that the phrase “son of a bitch” is not libelous, as it is only the direct English translation of a local cuss phrase.

“Tell him he’s son of a bitch. ‘Yun po ay English ng (That is the English translation of) putang ina. The Supreme Court already ruled that it is just ok for the Philippines to use it,” Aguirre said during the hearing.

“How can this be the best time to reimpose the death penalty?”

This was one of the questions of Manila 6th district Representative Rosenda Ann Ocampo to Aguirre, highlighting the proliferation of rogue cops.

The justice chief failed to directly answer the question and just reiterated his support for the death penalty bill.

Ocampo was not satisfied and reiterated her question: “I was not asking whether or not you are for the death penalty. I am asking about the timing. If this is the situation, the rogue cops, how can the death penalty be the solution to criminality?”

Aguirre replied but failed to give an adequate response. At one point, a small white piece of paper, which he later read, was passed on to him.

“But I believe also that the determination (pause) that this death penalty should continue to be a, to be a settled and taken up by the two houses of Congress. We should not delay this because I believe, although there are those who believe contrary, that death penalty must be passed as soon a possible.”

The secretary admitted feeling disappointed over the delay in his confirmation but said he is ready to face Trillanes in the next CA hearing on Wednesday, February 15.