Duterte not ready to decide on ceasefire with NPA

Feb 2, 2017 4:41 PM PHT
Pia Ranada
Facebook Twitter Copy URL
Copied
'I will decide in the fullness of God's time,' says President Rodrigo Duterte, a day after the New People's Army announced it will lift its ceasefire with the government 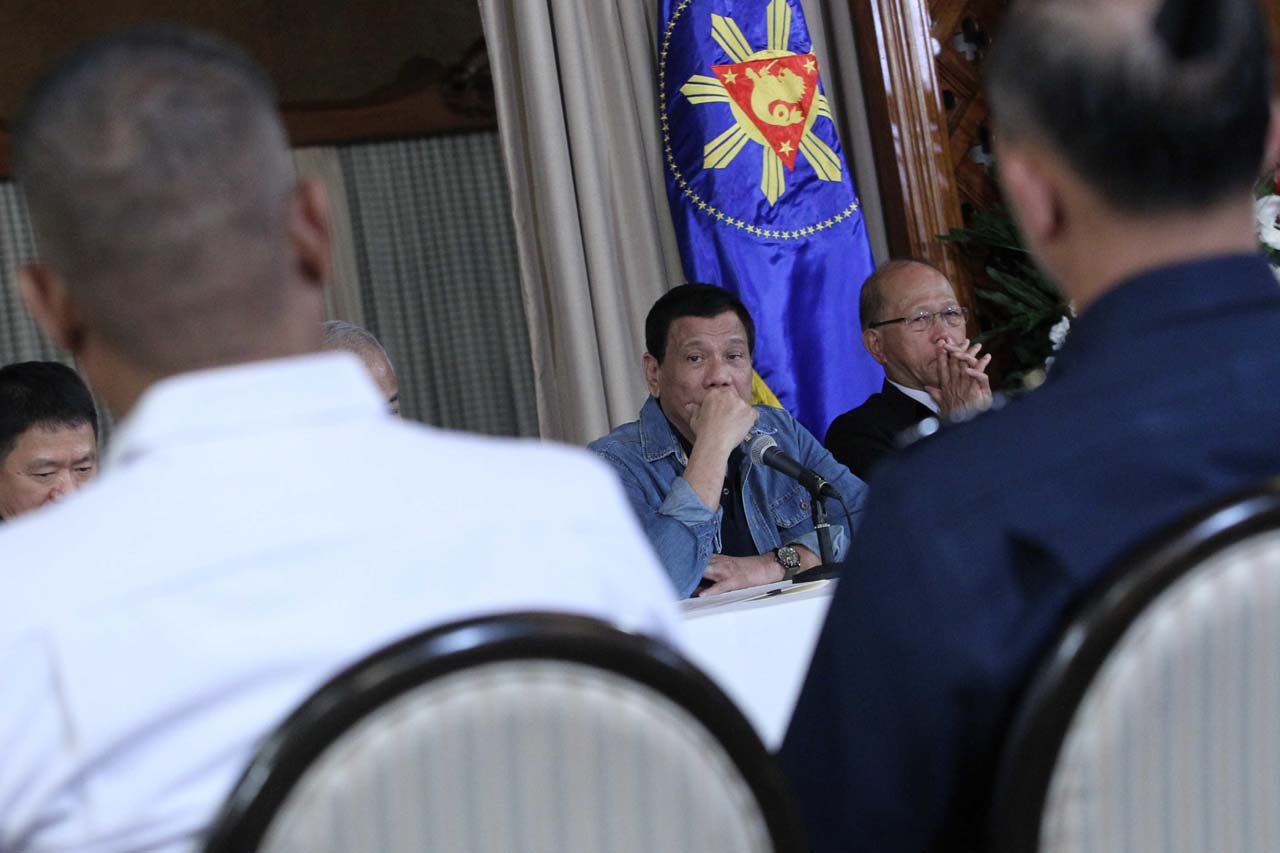 MANILA, Philippines – A day after the New People’s Army (NPA) announced it would soon lift its unilateral ceasefire with the government, President Rodrigo Duterte said he is yet to decide on whether his administration would follow suit.

“So nag-withdraw kayo sa (So you withdrew the) ceasefire. So am I supposed to do the same, gaya-gaya puto maya (like a copy-cat)? Just go ahead. I will decide in the fullness of God’s time,” said Duterte on Thusday, February 2, during a speech in Davao City.

Duterte said he still needs to consult with other officials before announcing his decision. Chief Peace Adviser Jesus Dureza and the government peace panel have recommended that the President maintain the ceasefire with communist rebels.

“Mahirap ‘yan, akala ‘nyo ako lang. Hindi ako diktator ah (It’s difficult, you think it’s only up to me. I’m not a dictator). I have to be careful, I have this Congress….I have to temper, I have to calibrate my moves vis-a-vis when I deal with Congress, the military, and the police,” he said.

He expressed exasperation at the demand of the Communist Party of the Philippines (CPP) demand that he release 400 more political prisoners before it agrees to sign a bilateral ceasefire agreement with the government.

He said the release of so many rebels would only be appropriate if peace talks between the government and the Left progress substantially. (READ: Duterte won’t released political prisoners: ‘They’re my ace’)

“Now they want 400 released. My god, that is already releasing all. Para na akong nag-amnesty (It’s as if I declared amnesty), which is usually given after a successful negotiation,” said Duterte.

The President again insisted on a bilateral ceasefire agreement, that now faces a setback because of the NPA’s termination of their ceasefire. (READ: Gov’t panel seeks to reinstate ceasefire, NDF commits to talks)

“You want individual declaration of ceasefire. I’m just asking for a document which says that we are now in a ceasefire mode, signed by the government of Oslo who’s offering their good offices for us to negotiate,” he said.

The NPA’s ceasefire will be lifted on February 10. The NPA, the armed wing of the CPP, decided to withdraw their ceasefire following recent skirmishes between NPA rebels and the military and the non-release of the roughly 400 political prisoners.

A day after it announced its decision on the ceasefire, the NPA abducted two soldiers in Sultan Kudarat. – Rappler.com