Feb 2, 2017 6:08 PM PHT
Pia Ranada
Facebook Twitter Copy URL
Copied
On the day Lopez announces the closure of mining operations of 21 firms, the President emphasizes his support for her 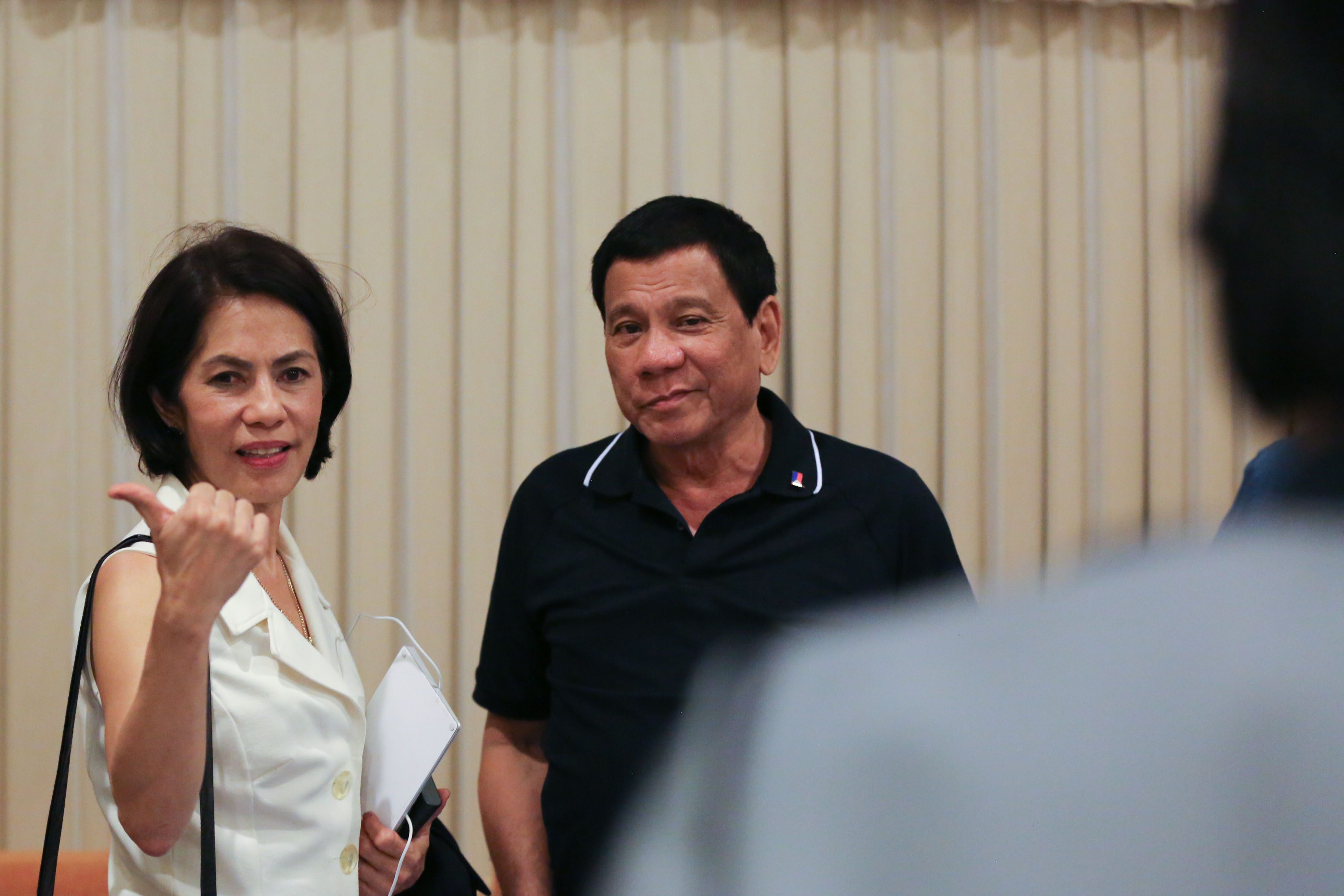 MANILA, Philippines – President Rodrigo Duterte reiterated his support for Environment Secretary Gina Lopez after she announced the closure of operations of 21 mining firms.

“You know, I support her. And there was never a time that I called her to slow down a little bit because on one hand is the strict implementation of the mining laws,” said Duterte on Thursday, February 2, during a speech in Davao City.

Before saying this, he had mentioned how he had read in the newspapers about Lopez’ closure of some mining operations.

Duterte, who portrays himself as a populist leader, lauded Lopez’ “pro-poor” stance.

“She’s so passionate about, not about the mining laws but about the little men on the land tilling,” he said.

“She’s the pro-people, pro-poor policies that I said when I took her in, ‘You can have your way, just be fair and make it legal,'” said the President.

Mining firms can appeal the DENR’s decision before the Office of the President.

Duterte had previously said he would only allow mining operations that abide by the government’s environmental standards. – Rappler.com