Lacson blames Duterte for allowing PNP to do ‘practically anything’

Feb 3, 2017 9:47 AM PHT
Bea Cupin
Facebook Twitter Copy URL
Copied
The senator says reforms in the police force will depend heavily on its 'leadership' 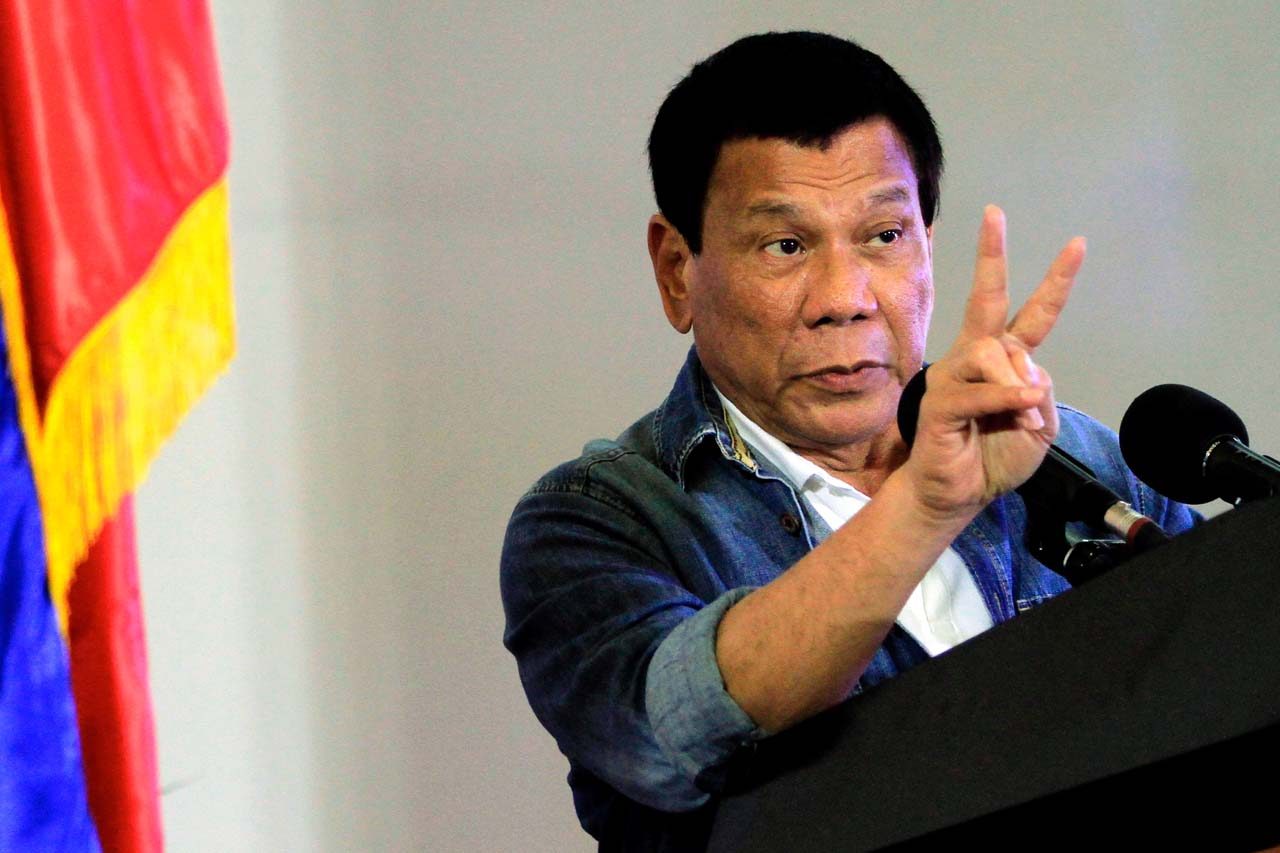 MANILA, Philippines – President Rodrigo Duterte’s pronouncements on the drug war emboldened the Philippine National Police (PNP) to do “practically anything… without thinking of accountability.”

“Those pronouncements, I think, were ill-advised because the President was even waving a carte blanche authority,” Senator Panfilo Lacson said in a Rappler Talk with Rappler CEO and Executive Editor Maria Ressa on Thursday, February 2.

“[Duterte] was even assuring the police officers concerned that he was ready to pardon them. Pro forma pardon forms that he was ready to sign. He even went to that extent. That would embolden the police to just do their thing without thinking of any accountability.” (READ: Duterte to police, military: Kill innocents, I’ll shoot you)

The PNP is going through one of its biggest upheavals in its 25-year history. Seven months into a controversial war on drugs and in the aftermath of the killing of a South Korean businessman inside the PNP headquarters, Duterte ordered a stop to all police anti-illegal drugs operations.

The President also ordered the disbandment of all PNP Anti-Illegal Drugs Group units.

Lacson, a former PNP chief, ex-presidential candidate, and head of the Senate committee that began a probe into the businessman’s murder, said Duterte “neglected to remind the police they should operate within the rule of law.”

Because of this, policemen “were so emboldened because of the pronouncements that as you said, carte blanche,” he said. “They were given their own free will to do practically anything. He even promised to protect them,” the senator added.

The case of Jee Ick Joo isn’t the first case of police abuse Lacson had probed.

In November last year, Lacson led a probe into the death of Albuera Mayor Rolando Espinosa Sr, who was killed by policemen inside his jail cell at dawn while they were supposedly serving a search warrant.

Lacson showed during a Senate hearing CCTV footage of cops apparently planting drugs inside a office shortly before conducting a raid.

These incidents are not isolated, he asserted.

Over 7,000 deaths have been associated with the drugs war, most of them alleged summary executions with possible links to illegal drugs. More than 2,500 of those deaths were attributed to police operations.

A recently-released Amnesty International report said an “informal economy of death” fueled killings by police. Citing information from hundreds of interviews across the country, Amnesty said police were being paid by the “headquarters” to kill drug suspects in the guise of legitimate police operations.

But Lacson rejected this claim. “I have yet to see hard evidence, proof to show,” he said.

Still, Lacson admitted the culture of impunity – or at least the impression of it – is “worse than the former PNP that [he] knew.”

“Right now they’re so encouraged in a wrong way by the President’s pronouncements. I think it’s not too late to correct that. And I think the President has realized, judging from his recent actions taken after the Korean national’s death, I think there will be a lot of restructuring and new instructions to be dished out to the police,” said Lacson.

The PNP will be undergoing an “internal cleanse” following its withdrawal from the war on drugs.

For Lacson, the success of that program will depend heavily on “leadership.”

“Policemen normally follow their leader, even in terms of corruption, committing shenanigans. If they see their commander is too lax to enforce discipline on them, then they will just take it easy and abuse their authority. But if they know the commander is strict and leading the troops by example, then they will follow,” he added. – Rappler.com