Duterte on AI report: Why would I pay police to kill? 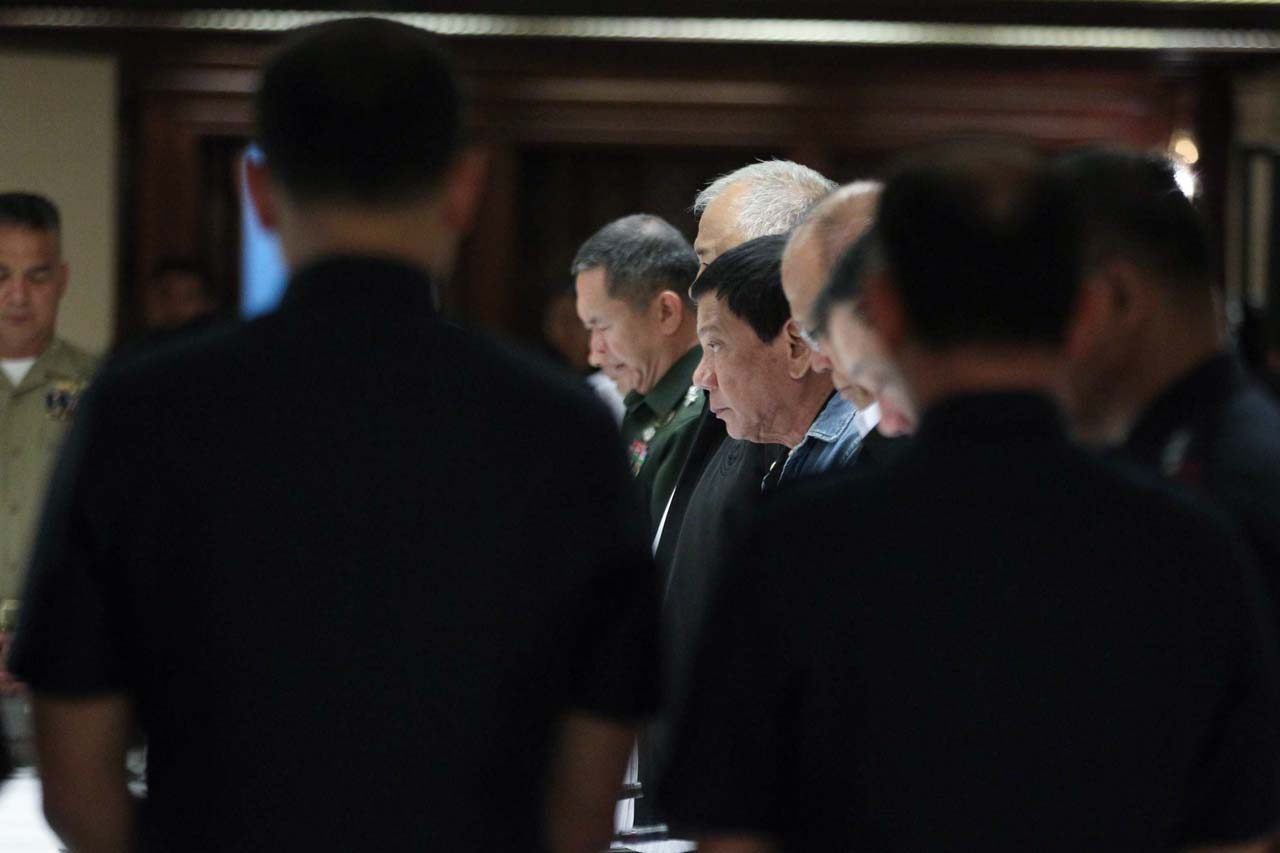 MANILA, Philippines – President Rodrigo Duterte made light of Amnesty International’s accusation that police are being paid to kill drug suspects.

Two days ago, on February 1, Amnesty released its report titled, “If you are poor you are killed”: Extrajudicial Executions in the Philippines’ “War on Drugs.”

The report claimed that cops were being paid P8,000 (US$161) to P15,000 (US$302) per kill. Supposedly, no such cash incentive was given for arrests to ensure that shootouts always result in a dead drug suspect.

Duterte admitted devoting millions of intelligence funds for police anti-drug operations, but insisted they were used by undercover cops to “buy” drugs from pushers to catch them.

He said it is likely that the funds were pocketed by corrupt police, who, he previously claimed, comprise 40% of the force. It’s these scalawag police that are now claiming the money is the govenment’s reward for killing drug suspects, said the President.

(They were given money so they can make a transaction. It turns out, it was paid to them. It means they pocketed it. You didn’t surrender the drugs, the money. You killed before a case could be filed.)

Seeking to cast doubt on the AI report, Duterte said it would be incredulous for him to pay cops to do their “job.”

“Bakit man ako magbigay sa inyo para magpatay? Trabaho ninyo ‘yan. Gusto mo ikaw ang patayin ko? Nabuang,” he added. (Why would I give you money to kill? It’s your job. You want me to kill you? Fools.)

A day before AI’s report was released, Duterte ordered the Philippine National Police to stop implementing the drug war so it can focus on “internal cleansing.”

This was after news exploded about the murder of a South Korean inside the PNP headquarters by policemen who had abducted the victim in the name of the drug war.

He gave only the Philippine Drug Enforcement Agency and the military powers to enforce the illegal drugs campaign.

On Thursday, Duterte vowed no let-up in his drug war, saying he will “kill more” to rid the country of drugs.

Since July 2016, police have tallied more than 7,000 deaths in the war on drugs. More than 2,000 have been attributed to police operations, but the bulk are vigilante-style killings with possible links to illegal drugs. The PNP calls these cases “deaths under investigation.” (IN NUMBERS: The Philippines’ ‘war on drugs’) – Rappler.com