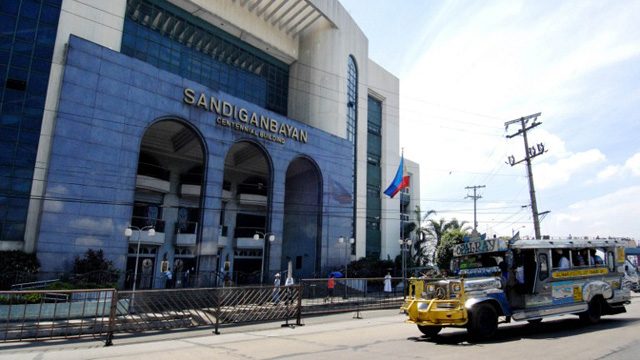 MANILA, Philippines – The Sandiganbayan issued arrest orders against Ozamiz City Mayor Reynado Parojinog Sr and his daughter who also serves as his vice mayor, Nova Princess Parojinog-Echavez, in relation to graft charges filed against them.

The Sandiganbayan found “probable cause” that they committed conflict of interest when they awarded a government contract to a family-owned company.

“The Court is convinced that the prosecution presented ample evidence to support a finding of probable cause hence the accused must be arrested and brought to trial,” the Sandiganbayan said in a 7-page ruling released Tuesday, January 31.

The Parojinog and Sons Construction Company, which was listed in the mayor’s Statement of Assets Liabilities and Net Worth (SALN), won the government contract to renovate the city’s Ramiro Gymnasium.

The vice mayor serves as the company’s managing partner.

Sandiganbayan Associate Justice Maria Theresa Mendoza-Arcega, in a ruling issued January 31, said probable cause exists. She said the company should have been disqualified outright.

She denied the defendants’ motion seeking dismissal of the complaint. Associate Justices Roland Jurado and Rafael Lagos concurred with Mendoza-Arcega.

The Parojinogs argued, however, that the prohibition against relatives of sitting executive officers winning government contracts was not yet in place when the project was awarded in 2008.

They said the Implementing Rules and Regulations of RA 9184 or the Government Procurement Reform Act only took effect on September 2, 2009.