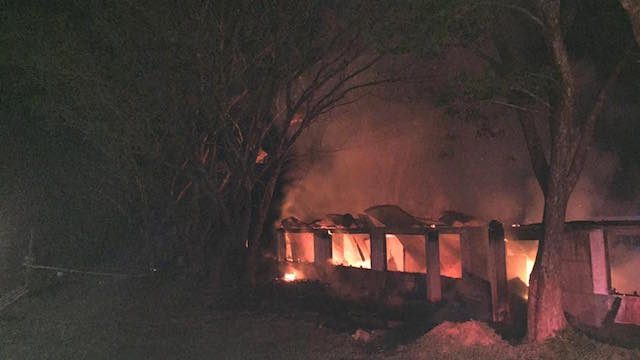 Facebook Twitter Copy URL
Copied
(UPDATED) The military is still investigating the incident, but a spokesman assured the public that the camp was not attacked

MANILA, Philippines (UPDATED) – An explosion, then a massive fire, hit the the barracks of soldiers belonging to the Army Suppport Command at Camp Servillano Aquino in Tarlac Tuesday night, February 7, causing panic among neighboring residents.

Ricardo Caisip, 77, said he was shaken awake by the loud explosion at the headquarters of the military’s Northern Luzon Command (Nolcom). On Wednesday morning, he discovered that a shrapnel hit the roof of his house in Sitio Apalang in the city’s Barangay Armenia.

Caisip said the bullet pierced the corrugated iron roof of his house and fell on the floor.

The military was alerted of the fire at 10:30 pm, according to Nolcom spokesman Lieutenant Colonel Alan Macatingrao. Fire out was declared before midnight.

There was no immediate estimate of damage.

The police said the explosion that preceded the fire hurt the commanding officer’s wife, who was brought to the Nolcom hospital. 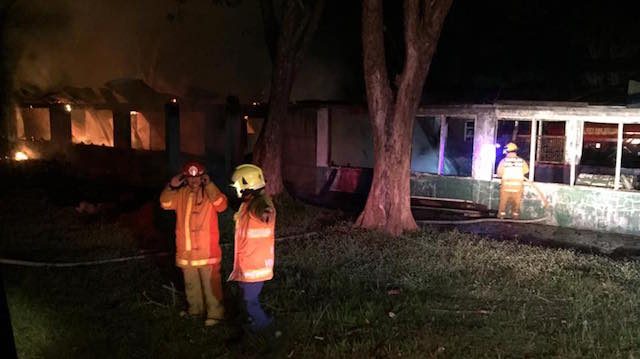 The Provincial Disaster Risk Reduction and Management Council, the Bureau of Fire Protection, and the Chinese Volunteer Fire Brigade of Tarlac City assisted in putting out the fire.

The military said it is still investigating the incident, but Armed Forces public affairs officer Colonel Edgard Arevalo assured the public that the camp was not attacked.

Arevalo said there may have been a failure in observing safety measures in handling ammunition inside the camp.

Photos of the fire were circulated on social media by residents of Tarlac on Tuesday night, with some posts linking the explosion to a “viral” police memo detailing an alleged Abu Sayyaf threat in another region, the Cordillera, which turned out to be a hoax.

Others linked it to the cancellation of the ceasefire between the military and the communist New People’s Army. – with reports from Carmela Fonbuena/Rappler.com