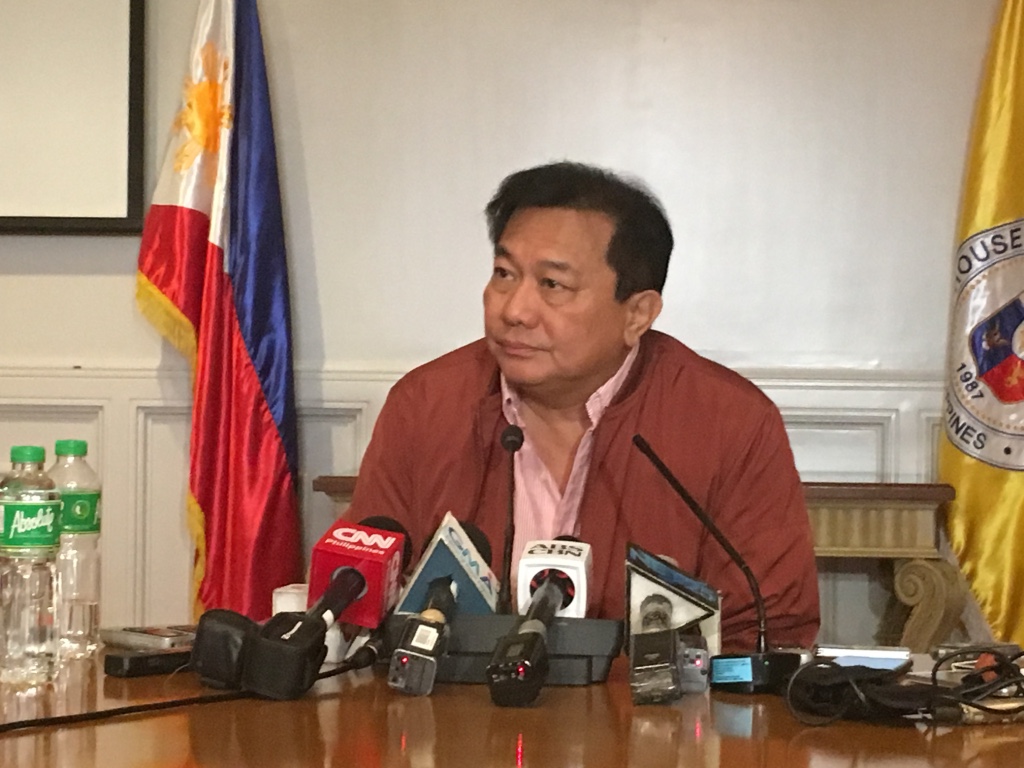 MANILA, Philippines (UPDATED) – Congressmen in the majority bloc agreed to take out plunder from the list of crimes punishable by death under controversial House Bill Number 4727.

Speaker Pantaleon Alvarez said on Wednesday, February 8, that this was among the decisions made by majority congressmen during their caucus, where they also decided to remove the mandatory penalty of death provisions under HB 4727.

Instead, judges will be given the option to punish perpetrators of heinous crimes with reclusion perpetua or life imprisonment to death, he said.

Criminals sentenced to reclusion perpetua serve a 20- to 40-year jail term, eligible for parole after 30 years.

Through Republic Act (RA) Number 7659 signed into law by former president Fidel Ramos, RA 7080 or the plunder law was amended to punish convicted public officers with “reclusion perpetua to death” in December 1993.

But through RA 9346, the Philippines abolished death penalty in 2006 under then-president and now Pampanga 2nd District Representative Gloria Macapagal-Arroyo, who remains opposed to the restoration of capital punishment.

Under RA 9346, the effects of RA 7659 and other laws, executive orders, and decrees imposing the death penalty were “hereby repealed or amended accordingly.”

Alvarez, however, said opposition lawmakers may move to restore plunder in the list of crimes under HB 4727.

Apart from plunder, Alvarez said the congressmen agreed to remove other crimes under the bill but he could not recall them during the interview.

“Ah, hindi ko maalala, marami ‘yan eh (Ah, I can’t remember because they are many),” he said.

Majority Leader Rodolfo Fariñas also said lawmakers will remove several crimes under HB 4727, but added that he would reveal them once the substitute measure has been drafted.

Apart from plunder, the 20 other heinous crimes listed under HB 4727 in its current form are as follows:

The Speaker, a staunch ally of President Rodrigo Duterte, is determined to have the bill passed on 3rd and final reading before the 17th Congress takes a break on March 18.

He said House leaders will be stripped of their leadership titles if they vote against HB 4727. – Rappler.com