UP in the time of Duterte: ‘Observe, speak up for the truth’ 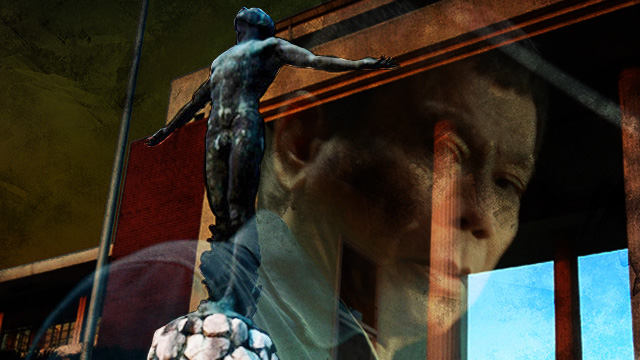 MANILA, Philippines – With all that is happening in the country today, outgoing University of the Philippines (UP) president Alfredo Pascual said the country’s premier state university “should not be fettered by political forces” in performing its role in Filipino society.

“I think UP should continue to be observant, and should speak up for what it believes to be the truth. It has always performed that role, and it should continue to do so. It should not be fettered by political forces,” Pascual told Rappler in an interview.

After serving for 6 years, Pascual will step down as UP president on Friday, February 10. He will turn over the presidency to Danilo Concepcion, dean of the UP College of Law.

Asked about the kind of issues on which UP should speak up, Pascual was quick to mention the peace process.

“Making sure the peace process is maintained, that’s very critical. Any support we can give to that,” he said.

He added that the issue on extrajudicial killings is “popular” today, but he admitted that the UP community is very divided about it, with “no consensus within.”

“Of course, before the [UP] president issues a statement, he feels the pulse…. I think UP should reflect the pulse of the people, because we are supposedly the university of the people,” Pascual said, as he explained why UP has not come out with a statement on the issue.

But recalling the Martial Law years, Pascual said the university must speak up “when the rights of the majority are being trampled upon.”

UP students were among those who fought hard during Martial Law, as the Diliman campus became “a center of dissent against the national administration.”

“The indignation against extrajudicial killings is not widespread, surprisingly,” Pascual said when asked if no rights are being trampled upon by the Duterte administration’s war on drugs.

“I think it’s also a reflection of the fact that people really suffered a lot in the days when criminality was the rule. Although criminality has not yet completely been wiped out, I think there’s less crime now. It has not been totally eradicated yet, it’s hard to eradicate criminality, we’re a big country,” he said in a mix of English and Filipino.

Since July 2016, police have tallied more than 7,000 deaths in the war on drugs, with more than 2,000 of these attributed to police operations. The rest, however, are victims of vigilante-style or unexplained killings, which the police call “deaths under investigation.”

How vocal should UP be? Pascual said that “short of issuing a statement,” the university should continue to discuss issues confronting the country in public forums.

“At the minimum, that should be the role of UP: promote the free discussion of issues, to ventilate the issues confronting the country, because that’s important,” he said. – Rappler.com