House plenary debate on charter change eyed in May Facebook Twitter Copy URL
Copied
Southern Leyte Rep Roger Mercado: 'We will be busy discussing the death penalty [first]. Then it is our hope that Congress give priority on our business when we open our session come May this year.'

MANILA, Philippines – House constitutional amendments panel chairperson Roger Mercado is hoping the bill seeking to amend the 1987 Constitution to switch to federalism will reach the plenary by May.

“I believe it will be discussed when we come in after the recess because we are going to have a recess on March 18. So we will be busy discussing the death penalty [first]. Then it is our hope that Congress give priority on our business when we open our session come May this year,” Mercado, who represents the lone district of Southern Leyte, said in a press conference on Monday, February 13.

Last October, his committee approved the joint resolution calling for both of houses of the 17th Congress to turn themselves into a Constituent Assembly (Con-Ass), one of the 3 modes by which the 1987 Constitution may be amended.

President Rodrigo Duterte favors the Con-Ass as it is the cheaper mode to make the shift to federalism. (READ: Will federalism address PH woes? Pros and cons of making the shift)

Under federalism, the states will be divided into autonomous states that will be primarily responsible over their own laws, finances, development, industries, culture, infrastructure, and education. The national government will be left to deal with matters with nationwide bearing only, such as foreign affairs.

During the press conference, Mercado said the committee report containing their recommendation in favor of the Con-Ass will be submitted to the rules committee on Monday afternoon. The rules panel decides when to calendar measures and resolutions for debate during the plenary sessions.

While the constitutional amendments panel already conducted public consultations with various sectors, the said committee report will not contain yet any recommended amendments to the 1987 Constitution.

He said starting February 24, the constitutional amendments panel will also be going to Dagupan City, Davao City, Bacolod City, and Tacloban City to consult the public on their thoughts regarding federalism and the Con-Ass. 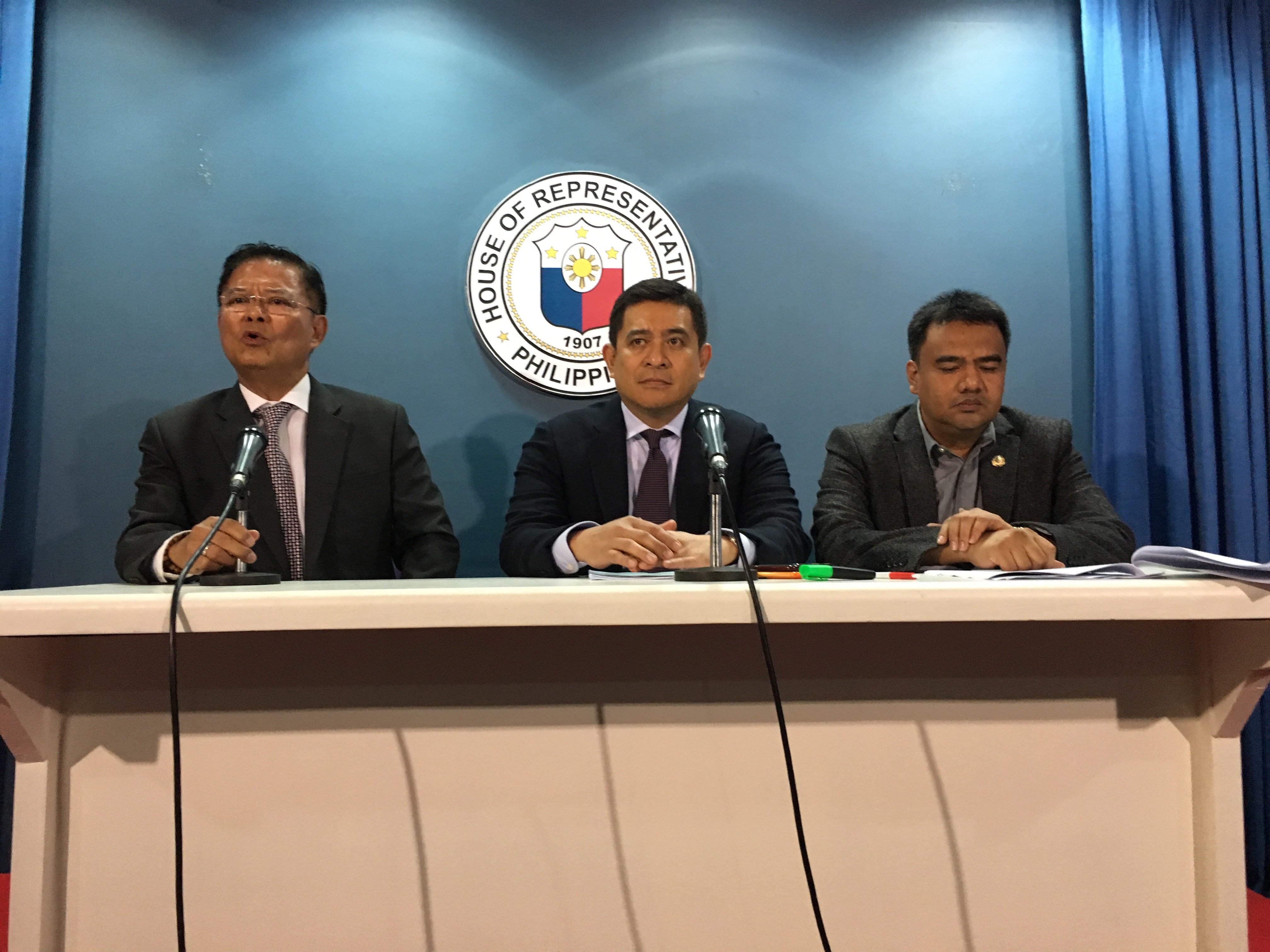 While federalism is one of the priority measures of Duterte, its prospects under the 17th Congress in 2017 remain bleak given the political dynamics in the Senate.

The Senate leadership is generally in favor of a shift to federalism, but the primary and secondary committees tasked to study charter change are known critics of Duterte and are also members of the former ruling party, the Liberal Party.

Some senators also do not want a Con-Ass and instead prefer a Constitutional Convention, wherein a body separate from Congress will be formed to amend the charter. (READ: The problem with Con-Ass? Distrust of Congress)

Those in favor of the Con-Ass, meanwhile, want the House and the Senate to vote separately and not jointly.

According to Mercado, his committee is open to supporting the move for both houses to vote separately under Con-Ass.

“That might be one of the output when the final bill will be submitted to the President for his approval and will be converted into a law,” he said. – Rappler.com